Gamak Ghar: A homecoming in Madhopur 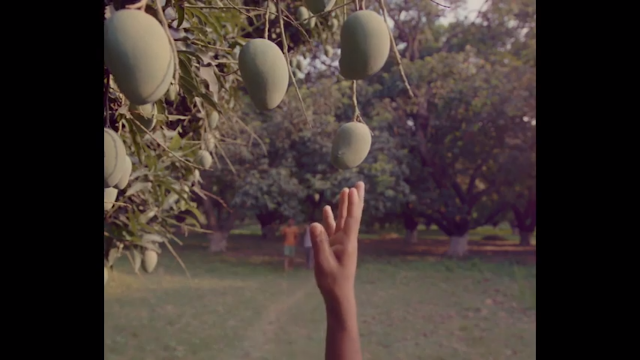 There couldn’t be a better time for Gamak Ghar to turn up on Mubi. After two months of lockdown, we’ve become attuned to our surroundings and have attained a level of familiarity with our houses we didn’t know was possible. This makes it easier to appreciate Achal Mishra’s debut feature, which looks calmly and patiently at a house in a village called Madhopur in Bihar. Even by arthouse cinema standards, this is not a narrative-driven film. Instead, its attributes are those of mood and observance and quiet revelation.

The house in the film belongs to Mishra’s grandmother. Though his parents lived in Darbangha, they’d visit Madhopur – just 10 minutes away – for mundans, weddings, chhat puja. Still, Mishra wasn’t overly attached to the place growing up. But one day, in 2017, he found a diary belonging to his grandfather, the writer Kedar Nath Mishra (a similar thing happens in the film). Along with typical entries, purchases and expenditures, there were notes by his grandfather of his attempts to make it in the film industry. He’d never met his grandfather, but it stirred something in him. Around the same time, his mother brought up the idea of renovating the house. Mishra realised that he wanted to preserve the house in some way, and started batting around ideas for a script.

Gamak Ghar is set in three different time periods, starting in 1998 and ending in 2019. This three-part structure occurred to Mishra early on. “I wanted to see the progression of time,” he said. “More than that, I wanted to see that house in different seasons.” He’d been photographing Darbangha for 4-5 years and had become attuned to the different colours that greeted him when he visited in summer and monsoon and winter. There was also the oblique influence of David S Lowery’s A Ghost Story (2017), another film that looks at a house over a period of time.

Mishra put out ads online for actors, though these didn’t always have the desired effect. “I used to get people posing with guns – wanting to be a hero,” he said. He ended up casting a mix of actors and non-professionals. The film doesn’t have anything that resembles a “performance”. It’s as if the camera is eavesdropping on a real family as they go about their lives. Mishra’s unobtrusive technique furthers this impression: lots of static camera shots, at a remove from the action. It’s easy to see the influence of two of his favourite directors, Hou Hsiao-hsien, with his evocative films about memory and family, and Yasujiro Ozu, master of the still “tatami shot”.

This is a rare film in Maithili, a language that’s seen scant cinematic representation (unlike its Bihari cousin, Bhojpuri). Mishra spoke the language but not fluently enough to write authentic dialogue, so he took the help of a local professor to fine-tune it. When he started shooting, he realised something was off. He felt like he was “imposing these dialogues on people who are more real than what I have written them to be”. So he tossed out large parts of the script, asked the actors to converse as they normally would, rewrote until the film felt organic.

Because of the stillness of so many scenes, the film’s production design and photography and lighting are inseparable. As a preparatory exercise, Mishra would visit the village daily and photograph locations they planned to use. “We’d have 2-3 scenes in mind and we'd figure how to shoot them. We'd then take pictures, which would become our final storyboard.” When Avni Goyal joined as production designer, she took on the process of ageing the house, so that it looked different when the film jumped ahead in time.

Mishra hit on a way for the film itself to look different over time. He filmed each period in a different aspect ratio: 1998 in boxy 4:3, 2010 in 16:9 and 2019 in Cinemascope. It’s the closest Gamak Ghar comes to a big arthouse gesture, and Mishra was a little hesitant. Still, he felt it fit the narrative. “Since 4:3 is almost squarish, you have people close together, the frame is always filled. That is how family photographs are. When you’re seeing a first part, it's a memory that's being show to you.” The shift to 16:9 and, later, Cinemascope, brings with it more negative space, which was in tune with the emptiness of the house once its owners died or built their lives elsewhere, visiting less and less frequently.

Gamak Ghar premiered at the 2019 Mumbai Film Festival. Mishra had shown the film to family members before but it was only after the premiere that his parents realised their son had made something special. Though he says he never thought much about filming in his native place and language, he admitted it was nice when people came up and told him, “We’ve never seen our part of the country like that on film”. There’s a wealth of specific customs and details captured, but several scenes should strike a chord with viewers anywhere in India – like the morning ritual of an extended family touching feet and accepting prasad, shown here in a minute-long shot that unfolds like a piece of choreography.

A shorter version of this piece appeared in Mint Lounge.
Posted by a fan apart at 5:47 AM