When Andrew Sarris died this June, many heartfelt tributes were written, read and forwarded. Fandor ("Essential films. Instantly.") has done an admirable job of getting the best of the lot together in one place. My favourite is the David Bordwell piece, but don't miss Richard Corliss either. 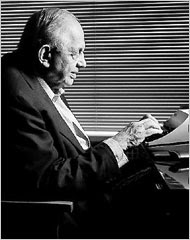 A piece I did for Time Out about the upcoming Cinefan film festival, which begins on Friday July 29th.

Also, an interview with the director of the Oscar-winning Pakistani documentary Saving Face.

Also known as a good start. Pleased to report that after an embarrassing, underwhelming first season, Coke Studio India has come charging out of the blocks in Season 2. Here are three songs from the first two episodes that show what's possible when you get your songwriters and musical backing right and ban Leslie Lewis from the studio.

Cocktail dangles before its audience the prospect of seeing three leads in a living arrangement that’s best described by a phrase that begins with “ménage” and ends with “trois”. It’s never happened before, but if it had to, it would probably be in the year with the film about the sperm donor, and the other one with the catchphrase “keh ke loonga”. One might reasonably expect, in this bold new age of Hindi cinema, a man and two women to live under the same roof, and share and share alike.

Cocktail certainly starts mixing it up quickly. Gautam (Saif Ali Khan) hits on Meera (Diana Penty) at the London airport, unaware that she’s married. A few minutes later, she isn’t – her new husband Kunal (Randeep Hooda) leaves her to fend for herself, citing plot exigencies. She goes to the restroom for a good cry, where she meets Veronica (Deepika Padukone), who invites her to stay in her flat. This is accomplished in roughly ten minutes. It takes another ten for the two women to spot Gautam, play a prank on him, bump into him again at a party (apparently Indians in London keep crossing paths), and for Veronica and Gautam to hook up. Gautam ends up moving in with them, and though Meera hates his guts, one can’t help feeling that a home-grown Jules and Jim might be on the cards.

A predictable surprise visit  by Gautam’s mother (Dimple Kapadia) has him lying about his plans to marry Meera. Surprisingly, Meera goes along with this charade; Veronica, amused by their predicament, has no problems either. The quartet, plus Gautam’s sympathetic uncle (Boman Irani), repair to Cape Town, where things get nicely out of hand when Gautam and Meera fall for each other. This is the point at which the film needed to decide whether it would take the road hinted at, or the road well-travelled. Disappointingly, it opts for the latter. Veronica is informed that she’s the third wheel now – she’s fine with that, but only until she breaks down in a club in the next scene. Meera, upset for having come between them, leaves Gautam, Veronica and the flat, and disappears. The rest is contrivance, tears, a diluted version of the mesmeric Coke Studio Pakistan track “Jugni”, and a trip back home.

Those who remember Adajania’s first film, 2006’s Being Cyrus, will be struck by how different Cocktail is. Cyrus was dank, claustrophobic, cynical; Cocktail, for a while at least, is sunny and sensuous. Khan plays yet another wisecracking, shallow, essentially harmless flirt, but no one can sell a bad joke like he can. Padukone looks supremely relaxed in the first half as the straight-shooting, pants-shunning Veronica, while debutante Penty manages to keep Meera from becoming a sacrificing bore. Adajania and veteran editor Sreekar Prasad, working from a screenplay by Imtiaz Ali and Sajid Ali, keep things zipping along, even though after a point they don’t go anywhere we haven’t been before.

A version of this review appeared in Time Out Delhi.
Posted by a fan apart at 2:44 AM No comments:

Shahid Kapoor’s last film, Mausam, mapped the trajectory of a relationship by catching up with the lead pair at different points in their life. Teri Meri Kahaani has similar time-hopping tendencies, but one couple obviously wasn’t challenging enough for its makers. So you get Kapoor and his Kaminey co-star Priyanka Chopra playing different characters in three separate stories; the first set in 1960s Bombay, the second in present-day England, and the third in Lahore in 1910. Structurally and thematically, Teri Meri Kahaani recalls Hou Hsiao-hsien’s 2005 film Three Times, which featured Chang Chen and Shu Qi in stories set in the 1910s, 1960s and 2000s.

Of course, three stories is just a smokescreen for the fact that writer-director Kunal Kohli and co-writer Robin Bhatt have no one story that’s worth telling. The specific details of each plotline hardly matter, since this is all that really happens: Kapoor and Chopra meet, begin to like each other (cue song), whereupon a silly plot contrivance pops up to derail their love. We’re never sure whether the two are playing variations on the same characters, though the cross-cutting between plots towards the end seems to suggest so. In place of anything that might explain why we’re being told the same story thrice, Teri Meri Kahaani  gives us a kurta-clad lead spouting bad poetry (shades of Aamir Khan’s character in Kohli’s Fanaa), the freedom struggle as a slapstick sideshow, and a largely white crowd responding enthusiastically to a speech that’s half-Hindi. The two leads try and act their way out of a few scenes, but it’s a losing battle. Only Prachi Desai ends up deriving some mileage from her cameo as an impossibly forward ’60s girl.

This review appeared in Time Out Delhi.
Posted by a fan apart at 3:28 AM No comments:

Larysa Kondracki’s film is, as one might expect from its title, based on a true story. Kathryn Bolkovac was a United Nation police officer with defence firm DynCorp in war-torn Bosnia. She stumbled upon a slavery ring operating there, with members of her own corporation involved and UN officials turning a blind eye. When she sent a dossier to her employers, she was first transferred from the case, and then fired.

In the film, Bolkovac is played by Rachel Weisz, who’d turned down the role once, but then agreed when she found out no one was willing to make the movie. This isn’t surprising: the horrors Bolkovac witnesses and betrayals she faces make for unrelentingly gloomy viewing. Two senior UN officials (Vanessa Redgrave and David Strathairn) offer small amounts of assistance, but for the most part, this is a lone-woman-against-the-system saga. That The Whistleblower pulls no punches, especially when dealing a topic that often gets swept under the carpet, is commendable. However, the film is hampered by the grim claustrophobia of its own subject matter. In the end, the issues loom larger than the characters, who are – with the exception of Bolkovac herself – very one-sided. The DVD comes with no special features.

This review appeared in Time Out Delhi.
Posted by a fan apart at 3:27 AM No comments: 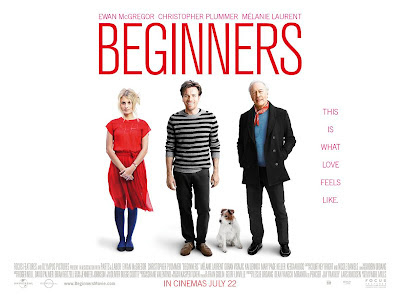 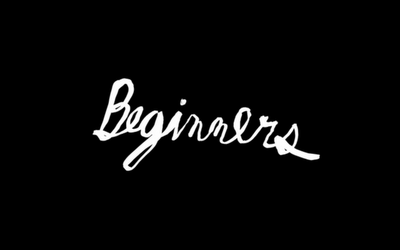 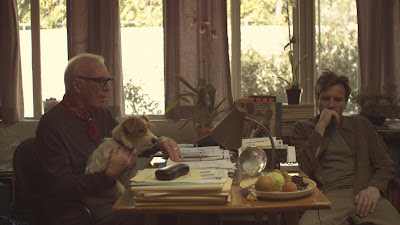 Plot summaries you don’t hear everyday: Mom’s death causes dad to come out of the closet to son at age 75. Yet, this is exactly what happened to director Mike Mills, who turned the incident into a film about love, loss and commitment. Beginners released last year, and won Christopher Plummer a Supporting Actor Oscar. Plummer plays Hal, an octogenarian who, having lived a lie for most of his life, decides that he doesn’t “want to just be theoretically gay”.


Beginners opens with Hal’s death, and then switches back and forth in time. We see his son Oliver as a child, then as an adult dealing with his father’s homosexuality, and, post Hal’s death, as a commitment-phobe trying to maintain a relationship with French actress Anna (played by French actress Melanie Laurent). Ewan McGregor plays graphic artist Oliver, a character modeled on Mills (down to his love for dogs, the brief making-of feature confirms), who’s designed album sleeves for Sonic Youth, Air and Beastie Boys.

The psychology of Beginners is a bit pat – it transpires that Oliver can’t maintain long-term relationships as a result of his parents’ strained marriage. But the film piles detail upon winsome detail until it becomes very difficult not to like. Some are Sundance-ready crowd-pleasers, like the Jack Russell with subtitled thoughts. Some are plain and simple good taste – any film that uses Hoagy Carmichael’s “Stardust” is fine with us. And though the predominant mood is one of gentle melancholia, Beginners isn’t above a little fun. Most of this comes via Hal’s belated attempts to live a fully gay life before he dies of cancer, though Mills also takes a dig at himself when he has Oliver turn up as Freud at a costume party. The three leads (four, if you count Cosmo the dog) do a fine job, especially Plummer, whose flowering in character parts over the past decade is proof that it’s possible, if one tries, to escape the shadow of Captain von Trapp.

A version of this review appeared in Time Out Delhi.
Posted by a fan apart at 1:32 AM No comments: