The Year of the DVD

It's safe to say that Hindi movies this year did not bring it all back home in 2008. After a triumphant 2007, with Chak De and Taare Zameen Par challenging one’s idea of a Bollywood movie, and Manorama and No Smoking pushing the envelope, 2008 had fewer epiphanies. Rock On was surprisingly thoughtful, Mithya turned out to be surprisingly serious. Oye Lucky and Dasvidniyan delighted towards the end of the year, Wednesday promised much but really delivered only ten minutes of truly memorable cinema. As for the rest, no better epitaph than the opening monologue in Mean Streets, “The rest is bullshit and you know it”.

However, not far from the theatres, in music stores and malls, in Planet M's and Music World's and smaller, more nondescript stores, a quiet revolution had started. 2008 may just be remembered as the year when the DVD revolutionized film viewing in India. It started with a trickle. Moserbaer had already brought CD prices down, it would now collaborate with Palador to hoist standards up. The Palador library saw its first releases on DVD. Delhiites saw, doubtless for the first time in a normal above-ground store, titles like Breathless, Seven Samurai and Wild Strawberries. More were to arrive soon – films by Jarmusch, Melville, Fellini. Difficult-to-find titles, even for someone familiar with the creepy underworld subculture of Palika Bazaar, were released – Kieslowski’s No End, Godard’s second feature, The Little Soldier, and the original Godzilla, in all its low-fi camp glory.

Palador was soon joined by NDTV Lumiere, whose initial focus seemed to centre around modern-day directors like Fatih Akin and Nuri Ceylan. Recently however, their portfolio has been balanced out by the release of stunners like Playtime by Jacques Tati, and 8 and a half by Fellini. With December also seeing the release of Melville’s long-unavailable, much acclaimed Army of Shadows on Palador, there seems to be, at least for the time being, enough of a market for these movie houses to sustain themselves.

The average movie watcher – whose movie diet includes a bit of Bollywood, a bit of Hollywood, maybe a few viewings of The Godfather – will probably be moved to ask “What’s the big deal?” But it is a huge deal – and any world cinema fan, classic movie buff, or serious collector would be at pains to explain why. It just wasn’t possible to get these titles before in Delhi stores. If you really wanted them you either had to order them off the net (too expensive) or get a pirated version (soul-scarring for the collector, and running a high risk of bad quality). Now in stores at around Rs. 400 a title (Rs. 500 in the case of Lumiere DVDs), they may still seem slightly on the expensive side. But they are a lot more affordable than they were before, and if my distant memories of honours economics serves me right, the scarcer the commodity, the higher the price.

Even if your taste is for more mainstream fare, it was a pretty good year. The rest of the market reacted to Mosebaer’s bottom-of-the-barrel pricing and offered more schemes and discounts then any year in recent memory. There were re-issues of classic Holywood and Bollywood movies. Regional movies became more easily available. Box sets abounded. 5 classic Guru Dutt movies for Rs. 250! Steambill Bill Jr for a 150 bucks! 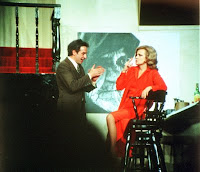 The final scene of John Cassavetes’ Opening Night is the most thematically complex, and at the same time, one of the most exhilarating passages ever committed to film. It’s the final surprise in a movie in which the characters are so stubborn that you expect them to abandon the movie midway. And in essence, that is what Gena Rowland’s ageing stage diva does. Halfway through the movie, sick of having act to in a play which makes her confront her dwindling beauty by playing a menopausal second wife, she refuses to act. Instead she deviates from the script in every way she can think of – changing the script around to suit her own mental state, ad-libbing, playing to the gallery. This non-acting is an act of great cinematic daring, and Cassevates walks a tightrope between the lines dividing art and self, reality and illusion, creativity and madness. He maintains it right upto scene twenty-six, where matters are brought to a head in a manner that is fitting and unexpected.

We have already seen the scene which ends the movie play out earlier, during the rehearsals of the play. Its a tense scene between two thespians, Maurice (Cassevates) and Myrtle (Rowlands); we have already seen her disdain for it's artificiality and the violence shown towards her character, which she cannot separate from violence personally directed at her. Myrtle is also shaking off the effects of the alcohol which almost prevented her from being able to stand in her earlier scenes. To complicate matters further, Myrtle and Maurice were once a couple, and we have already seen him reject her twice in the movie. Backstage before the start of the scene, we see her say "I'm going to bury the bastard". The stage is set, literally, for a incendiary finale, an offer which the director gleefully refuses.

They start off the scene in character and according to script. But then, surprisingly, suddenly, Maurice responds to Myrtle’s ad-libbing and triggers off a stunning free-association improvisatory exchange that lasts fifteen minutes and changes the entire tone of the movie. Cassavetes’ character in the movie has been hanging around the edges, careful and cold, admitting at one point that he could not afford to take the kind of on-stage risks that Myrtle seemed desperate to take. But Maurice on this night can sense (and so can the viewers on screen and off) that this scene will never get done unless one works with Myrtle. However, instead of indulging her, as everyone in the movie has done upto this point, he challenges her by raising his own game. He answers her frank confession of "I am not me" with a melodramatic wisecrack ("We are not we"), and forces her into open combat instead of self-pity. Even as they try and top each other, one can sense his and Myrtle's surprise, and their increasingly infectious delight at the turn of events. Cassevates the actor often gets overshadowed by Cassevates the director, but few could have changed gears so quickly and convincingly and hilariously.

The scene covers a striking amount of ground – incorporating ’40s Hollywood-style repartee, the improvised, off-rhythm dialogue of independent cinema (a trend which Cassevates fathered) and slapstick both verbal and physical. The actors switch wildly in and out of character until the dividing line becomes indistinguishable. It may have been scripted, but the way it plays out, it doesn’t seem like it. By the end, the play's audience is in splits, and the characters are also finding it difficult to control their smiles of amusement and pride. The movie, which could easily have ended in apocalypse and seemed no less effective for it, ends with euphoria and forgiveness, and most enduringly, after two hours of exploring the destructive nature of art, a paean to the redemptive nature of creativity. 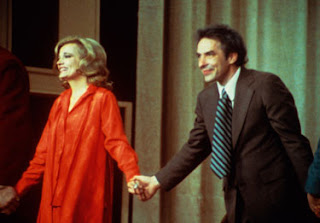 Naive blogger: "I think this is going to be brilliant"

Seasoned critics (sensing an opportunity): "You young punks are so predictable. The only reason you say that is because you think the movie is going to serve up pill-popping, cussing and unrepentant sex, which in some deluded portion of your brain stands for some non-existent angst that your generation supposedly feels but hasn't been allowed to express"

Naive blogger: "Not really. I think it'll be brilliant because they've put all of that in the trailer" 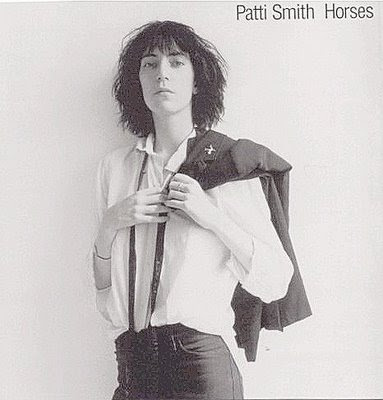 In 1975, there was an album released with a chick on the cover. A compellingly strange chick. Feminine and androgynous both – unkempt hair, just above shoulder length, dressed in a man’s shirt and pant (or maybe they were her own), complete with suspenders and a coat slung over her shoulder. From the cover, it looked like she was staring someone down. She looked like she could kick your ass. She was also mysteriously sexy, and buyers then must have wondered what possible sounds were inside.

It turned out she could sing a bit, write a bit too. More than anything else, Patti Smith was a template, an image future generations could mould themselves into. It became ok to write dense, difficult poetry, set it to choppy rock rhythms, and sing in a hoarse voice. Most importantly, she proved that you could be a woman and do all that. Horses was one of those fortunate landmarks which were recognised upon their release as something new, and unique, and revolutionary. A lot has been written about how this was a proto-punk album. True and reductive at the same time, this is proto-punk in the same way the Velvets were proto-punk. Not much is there by way of beauty, the guitars and loud and fuzzy, everything seems to churn and grind. But like the Velvets on their apocalyptic first album, Smith grasp over rock ‘n roll dynamics was sure. Remember 'There she goes again’ with its strummed acoustic solo which suddenly becomes twice the song speed? Smith does similar things here – moreover, it is her voice which literally drives her raw but sympathetic band over these cliffs. See how ‘Free Money’ builds, starting out with slow piano, picking up pace and then, out of nowhere, suddenly exploding. But nowhere on this album do you hear the yammering anger of punk – in its place there is pain and dislocation, revenge and lust, explosion and orgasm, violation and eclipse.

It is interesting how Smith re-works old rock ‘n roll classics on this album – songs that had the spirit or the sonic template of punk, years before the movement got its name. She takes Van Morrison’s garage anthem of lust ‘Gloria’ and makes it even creepier and tougher than the original. The creepiness on display here though doesn’t even come close to the Land trilogy, a truly unhinged medley of the locker room rape of a boy called Johnny, Chris Kenner’s ‘Land of a thousand dances’, and three separate Patti Smith vocal tracks talking and singing us through what appears to be a suicide. And there’s a great bonus for anyone buying the re-issued version of the album – the Who’s ‘My generation’, with John Cale (producer on Horses) on bass. It’s a live version, with all the sonic clarity of a cat stuck inside an empty metal dustbin, and all the excitement too. Smith stretches her vocal chords unlike anything on the studio album, the band plays like the Sex Pistols and the Clash and hundreds of punk bands would in a few years. Cale plays the most violently distorted fuzz bass ever, you can barely hear the other guitar over it. It makes one long for the unpredictability of those times, or failing that, that brief period in the early nineties before the candle flickered out altogether.
Posted by a fan apart at 3:19 AM 2 comments: