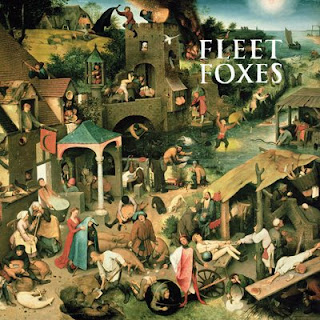 Almost everyone who heard the first five seconds of ‘White Winter Hymnal’ in 2008 was hooked; everyone who made it to the first harmony vocal two seconds later realized that it would be an instant hit. The revelation, however, came a beat after 40 seconds, with the introduction of a deeply ringing lead guitar and rolling drums. It became evident then that the most accurate description for this sound was ‘timeless’. In other words, the beauty of ‘White Winter Hymnal’ was that it did not sound like radio circa 2008. Or 1965. Or 1942. There was nothing in this single that could date it - no hip slang typical of a particular decade, no musical fad past or present. It floated in time, a feat that The Band pulled off consistently in its day, but very few others managed.

Their self-titled debut album, released on the venerable Sub-Pop record label, is an extension of the sounds inherent in the single and their Sun Giant EP – esoteric subject matter, sun-ripened harmonies, playing that is restrained yet evocative. Tying all of this together is the astonishing ghost-folk production and the clear vocal tone of Robin Pecknold (hear ‘Oliver James’, it’ll make your hair stand on end). The band has described their sound as “baroque harmonic pop jams” – which captures the essence of their music but leaves one unprepared for its stately beauty. It is also refreshing to see the band play around with song structure, often presenting their songs as acts in a play, rather than sticking to verse-chorus-verse. ‘Tiger Mountain Peasant Song’ demonstrates this best - a beautiful acoustic ballad that unexpectedly veers towards a stark confession in the end, with Pecknold crying ‘I don't know what I have done/ I'm turning myself to a demon’. 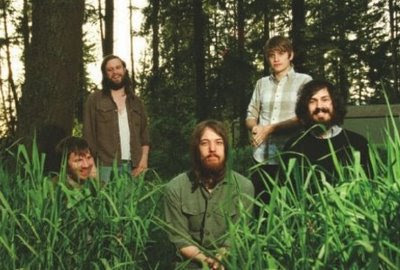 Because their sound is utterly organic, and seems to have risen from the earth fully formed instead of being painstakingly assembled, influences are not easy to pinpoint. In an era of magpie bands, The Fleet Foxes are one of the few meadowlarks (to quote one of their song titles). But hidden in the mix, there are clues. The Beach Boys are the most obvious of these, their 1965 classic Pet Sounds being the closest reference point. ‘He Doesn’t Know Why’ starts with the same sort of prayer-like harmonies that flourished on that record, while ‘Quiet Houses’ presents a variation on the build-up in ‘God Only Knows’. The production too is Spector-ish - sleigh-bells, flutes, pounding tom-toms all make appearances – but sonic assault bows out at key moments to allow for greater musical subtlety.

There are other sounding boards as well, if one digs deeper – one can sense a bit of Crosby, Stills and Nash in their decision to subsume individual voices in their harmonies, unlike say, The Band, where every voice is always distinct. Their pastoralist touches seem to point towards Fairport Convention, and the ghost of Nick Drake also seems to be standing in the background somewhere, nodding approvingly. Could be all of these. Could be none of them. It really doesn’t matter. This band has the least mannered and the most original sound to be heard in popular music for years. If I were you, I’d consider myself forewarned.
Posted by a fan apart at 11:33 PM No comments: