For the third time this century, the headlines in Hollywood read 'The king is dead'. They said it first for Elvis, who was the king, and then for Brando, the king of Hollywood (though the public would probably prefer to remember him when he was a prince, or a duke in his domain, as Truman Capote once dubbed him). Michael Jackson already had strong linkages with both - he briefly married to Elvis' daughter and was good enough friends with Brando to coax a guest appearance out of him for a video - but now, with his death, he is fated to be linked with them in a gaudy triumverate of American fame and American downfall. He was about to embark upon his farewell (or comeback, reports differ) tour, and the irony now seems a bit cruel. On the other hand, considering the way his life had come to resemble an out-of-control spiral in recent years, it was almost a relief to know that he died in his bed and not on stage, and of relatively natural causes rather of his own hand or that of some deranged fan.


Now, for the first time ever, Michael Jackson may finally be able to relax, sit back, look down from his cloud and enjoy the frenzy surrounding him without having to be part of it. The controversies have already started raging again. The Jackson family alleges a cover up! Jackson's personal physician went missing after his death! Ex-wife and and creditors squabble over his estate! He would probably have enjoyed more the birds-eye view of the spontaneous acts of mourning and celebration that broke out across the globe. In Moscow, where young women were in tears. In Italy, where they sang 'Billie Jean' in the streets. In New York, where scores of black and white poeple crowded Times Square. In Puri, where they drew his likeness in the wet sand.

In days to come, when the dust settles and the cultural commentators get down to the unforgiving task of assessing his legacy, the first order of business would be to figure out who Michael Jackson really was. For there was no one Michael. Every human has different facets to his or her personality, but not many have facets distinct enought to be different personalities in themselves. Jackson's greatest rival from the '80s, one whom with he strangely never recorded, is the distinct opposite. Madonna - more incisive marketing manager than talented singer - fashioned a career out of creating different personas for herself. It is her constant reinvention that has kept her in the public eye, kept her relevant after more than 20 years in the business. But Jackson never had a persona - or at least he never invented a persona he could control. To use Borges' allegory, the map preceded the actual topography every time. The supremely gifted child artist. The young black R&B hotshot. The suddenly white king of pop. The nervous wreck accused of child molestation. The strange cypher who changed his name to Mikaeel. Which one of these was Michael Jackson?
Posted by a fan apart at 10:51 PM 1 comment: 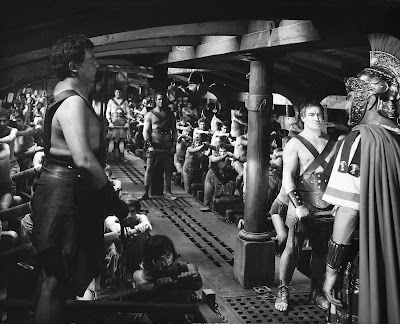