You can't prosecute what you can't hear 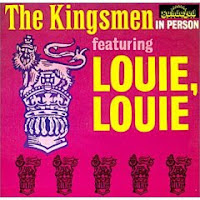 Louie Louie is a song that nearly all of you have heard, even if you don't know you've heard it. The first three seconds of piano are instantly recognisable, the riff seems to have been around since Neanderthal times. Its been feautured in dozens of memorably mediocre movies and is a garage rock classic in the same league as Wild Thing or Gloria. What is even more brilliant is that thousands and thousands of people have been singing it all these years without knowing the actual words. I am one of these people and I declare without a hint of defensiveness that its virtually impossible to figure out a single coherent sentence. Everything about the song seems to contribute to this - right down from the deliciously thick, voice-buried-in-the-mix production to the classic sneering (leering? jeering?) vocal. The Kingsmen were never heard of before or after this. It must be true - some of us are sent down here for a purpose.
Anyway, because Louie Louie was so damn difficult to understand, people figured there must be something wrong with it. For a detailed analysis of why things went so haywire (the FBI got involved) click on the link below. Its probably the only site around which gives you four different versions of the song (three dirty, one real).
http://www.thesmokinggun.com/louie/louie.html
Posted by a fan apart at 9:44 PM 4 comments: 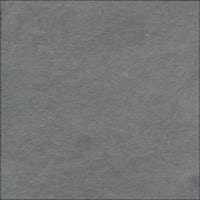 The rest of our lives 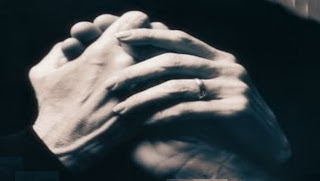 For a while, there were just the two of them. He use to swear and she hated that about him. But otherwise they were happy. It seemed natural that they would grow old together. She convinced herself it was just a matter of time.

He never lost control of himself. Even when he was drinking, he’d just grow quieter and quieter. ‘Dance’, she would say, ‘Its only me...’ ‘I can’t’, would be the unvarying reply. She used to say the only time his feet left the ground was when he was climbing trees. He loved to climb. He said the view helped him to see things more clearly.

He must have started to see things a bit too clearly because he developed what they call a mind-set. I guess you could just say he set his mind on certain things and there was no looking back from then on. And like so many people with no particular dream besides the humble desire to remain in the company of the one they choose, the sight of someone else so inspired filled her with a deep emptiness. She began to question whether he needed her at all; when he laughed and said he didn’t think it necessary to answer, this belief hardened. Finally one autumn evening, she left for her parents' house and did not return.

In the months that followed, people would stop by and ask him how he was, but he would just look up slowly, curse the town, and get on with his work. He worked through that winter as if lit by a fire no one else could see. It must have been a very unforgiving fire, for though his manner reflected heat, there was no sign of warmth.

Years went by, and the only word that was used to describe him after a while was ‘constant’. He never was as successful as he thought he would be. But he never stopped working. It was as if he had been sentenced to a lifetime of hard labour, except he wasn’t in jail. Or maybe he was, in a way.

Then something strange happened. One autumn evening, he had a surprise visitor. Time had etched some surface changes, but he could have recognised her by her footsteps, her breathing. She looked so familiar he wondered if it was just his memory playing tricks. He had aged considerably. ‘Old and bony’ was how she described him later.

‘The moment I saw her I realised I was looking in on the good life I might be doomed never to find. I wanted to say so much, but my mind was full and I didn’t know where to start. In desperation, I asked her if she was hungry. She said yes, so I went into the kitchen, but there was no bread. In frustration I shouted ‘God speed all the bakers at dawn, may they all cut their thumbs, and bleed into their buns 'till they melt away.’ When I came out and saw her, there was a strange look in her eyes and I knew I had upset her, just like before. In desperation I started speaking and the words just kept flowing from me...'

She would later tell us what he said, word for word. ‘Am I too dumb to refine? Look at me now… I’m old and my head's to the wall and I'm lonely… All these years I just kept thinkin’, what if you had 'a took to me. If you’d 'a took to me like a gull takes to the wind…well, I’d 'a jumped from my tree. I’d 'a danced like the king of the eyesores. And the rest of our lives would 'a fared well, of that I am sure…’
Posted by a fan apart at 2:40 AM No comments:

In my past
There are no demons
In my head
The smaller details stick
In my mind's eye
It gets tougher and tougher to picture you
In my imagination
You're having a great time
In my despair
I become prolific
In my loneliness
I wake up grey
In my defence
I meant whatever I said
In my anger
I am more civilised than the rest
In my present job
I am a worker
In my life
I need something more
In my mirror
I look unshaven
In my forecasts
Expect a light drizzle
In my self-assessment
I should be doing something else
In my past
I see patterns I can't ignore
In my future
I see more thinking
In my self-esteem
Enter visions of me in school
In my prayers
There is no god
In my silence
I am at my most formidable
In my experience
People expect you to change
In my conceit
I assumed things would work themselves out
In my writing
I'm rarely this honest
In my eagerness
I stop being demanding
In my repetition of mistakes past
I could find some time
Posted by a fan apart at 10:49 PM 5 comments:

A juxtaposition of thinkers