In Saket today, we saw an small outdoor memorial for the dead in Mumbai. It was basic, unadorned, a collage with photos stuck and messages scribbled on it. There were a couple of bouquets in front. There was no sponsorship. There were no candles. In the aftermath of the attack and all its resultant distractions, it served as a reminder that remembering was just as important as moving on.
Posted by a fan apart at 11:08 PM No comments:

The Road To Escondido: Review 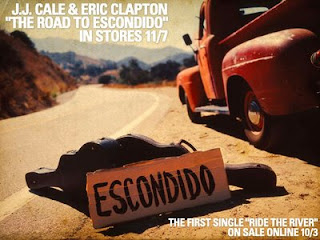 In 2006, two men with a love for a particular kind of blues song came out with an album. It was called The Road To Escondido, the two bluesmen were Eric Clapton and JJ Cale. Clapton, of course, needs no introduction. But history has not served Cale as well. He is known primarily for being the main influence on the guitar sound of Mark Knopfler, and second for being the guy who wrote ‘Cocaine’, later made famous by Clapton (who also covered his 'After Midnight'). But his distinctive country-blues sound and guitar playing was also an influence on Clapton. So while many dubbed this as a good chance for Cale to finally bask in the limelight, Clapton likely saw it as just another opportunity to play with another of his idols.

‘Danger’ opens with the lovely warm organ sounds of Billy Preston (his last recorded work before his death), but only becomes truly dangerous when Clapton hits his first solo. It is surprisingly lyrical, and one realises that he is probably playing his own version of a Cale solo, which has the effect of freeing him from the strict self-imposed structures he stays within when he plays straight blues. The result is transporting, and is backed up perfectly by a typically sharp, precise Cale solo. This sets the tone for the rest of the album, both guitarists on the money, entwining yet completely distinct. They sing together on a number of songs, which helps immensely as both have pleasant but harmless voices (this has been a grey area on their solo efforts, where the thinness of the singing fails to back up the brilliance of the guitar playing).

The overall sound, country-blues, blues straight up, and a little south of the border feeling, is strongly reminiscent of early Dire Straits (though Cale fans would argue that Knopfler’s early sound was rooted in Cale’s). There are only two Clapton compositions on the album, and they are excellent, one a slow blues burn with John Mayer playing in his recent heavy, Vaughnesque style, the other an acoustic piece on the joys of fatherhood, with Taj Mahal playing some wistful harmonica. The rest are all Cale compositions, and are consistent with his songwriting style – street-smart lines tossed off casually, often too casually for them to be very memorable. So one is forced to fall back on the music – and luckily, it is uniformly excellent. Clapton and Cale spur each other on to some inspired, non-competitive playing. The others chip in as well. Preston’s organ wraps the album in lovely, warm waves. Mayer holds his own on guitar (and thankfully, doesn’t break the flow with a contrived ‘guest vocal’). Derek Trucks, guitarist for the current lineup of the Allman Brothers band, and nephew of Butch Trucks, the original band’s drummer, provides some luminous, almost sitar-like slide playing. The horns are muted, there is little distortion, Clapton resists ADT, and everyone desists from protracted soloing. The result is the best part-playing heard in years, outside of Bob Dylan’s recent backing band. The Road to Escondido is a better album than fans of either artist could have hoped for, and perversely, considering the legendary status of both men involved, the album that they deserved and had been made to wait for a long time.
Posted by a fan apart at 8:22 AM No comments:

He was an only child
In the year of Big Brother

He took first steps towards
The greatness that awaited
Sometimes he stumbled
But no one seemed to care
There were no rules
There were no expectations
(There were only possibilities
And restful sleep)
In nineteen eighty four
Posted by a fan apart at 3:26 AM 1 comment: 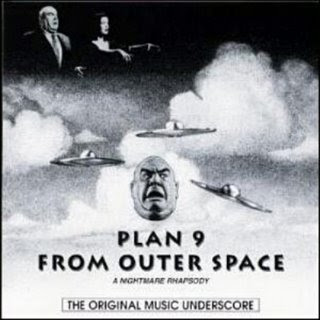 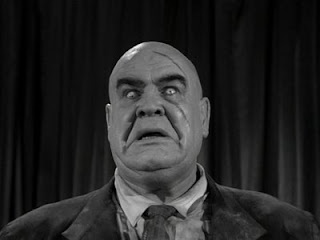 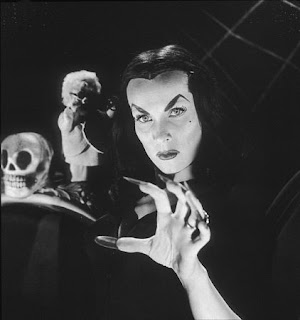 The man with the broken jaw 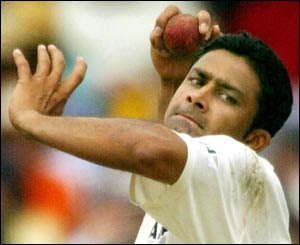 I’m not saying it wasn’t the right time for him to retire. Its just sad he has to go. He’s been around ever since I started watching the game. In those days, we used to say a lot of ‘Kumble doesn’t spin the ball’. We dropped that line a few years later when we grew brains and realized that the man was one of the most intense, competitive cricketers in the world. Everyone was to blame if Kumble was not getting wickets – himself, the batsman, the umpires and the ones he yelled at most, his close-in fielders. Other spinners would complain and plead, Kumble would glare and mutter stuff that our mothers were happy the stump mikes were not picking up.

It took even longer for us to realize that Kumble’s technique, which in our callow youth we had reduced to ‘medium-pace, no spin’, was actually like a great blues song. It was jagged yet subtle, pretty yet probing. The blues is centred around pain, and pain - on his face every ball, for himself, for the batsman, for Nayan Mongia (important contributant towards broken jaw) - was central to Kumble’s bowling. Every stab at the guitar was a wrong ‘un spitting off a fourth day pitch and crashing into off stump. Every moan and groan about whiskey and wimmen’ was an appeal turned down. Finally, setbacks just made the blues richer and more emphatic. No Indian cricketer has ever shrugged off setbacks with as much heart as Kumble.

India has had match-winning bowlers before Kumble, and there will be more after his retirement. If it were only Kumble the wicket-taker we were saying goodbye to, the mourning would only last as long as it takes us to find another talented unorthodox leg-spinner who will become India’s highest wicket-taker and (sometimes) take ten wickets in an innings. Which may not be easy. But what about Kumble the man? When will we find someone who continues to bowl and field after his jaw has been broken? Who gets dropped for potentially the biggest match of his career and has it in him to return as test captain five years later? That’s what we may find impossible to replace.

For many of us, the loss feels personal. Ever since I started watching cricket, there were two constants in the team – Kumble and Sachin. This list would later grow to include Dravid and Ganguly and would stop there. Kumble and Sachin. Both soft-spoken, both fiercely competitive. Both of them derided for a nation’s lack of overseas success, both instrumental in it being achieved at long last. Between the both of them, a string of memories like a Diwali ladi, lighting up the last fifteen years of my life. Now one of them has retired and I can’t even bear to think of the day that the other might as well…

But lets not get all teary-eyed. Jumbo, like all truly great sportsmen, did not appreciate weakness. He was all about the fight, in ways that boorish present-day cricketers cannot even begin to understand. So let's end this on a fighting note. We’ve moved away from the blues. The Dropkick Murphys accompany us on our way out, and mirror our feelings for you, Jumbo Kumble, the spinner who couldn’t even spin the ball. 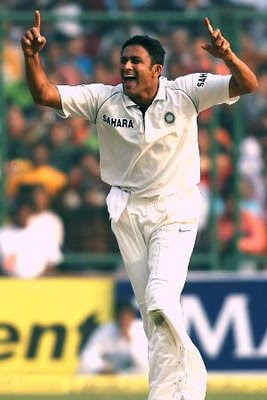