In a classical context 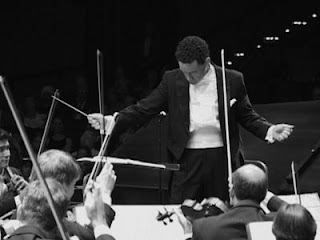 Western classical music has always made me uncomfortable. Maybe because I learnt the Indian equivalent, which is a lot of hard work, and a lot of rules which you need to learn before you can break them. Or maybe its because I feel I'm still just scraping the surface of the rock and pop and blues and jazz and soul which has been filling my head and flowing out of my ears and mouth and eyes for years now. I also needed to get used to the idea that I wouldn't get to hear the original composers play their own compositions, something which is considered very important in other forms of popular music. Even a great cover version derives its greatness from the way it improves on the original. How was I supposed to listen to only covers?

Finally, there was the issue of being cheated musically, something which I take very seriously, and try to avoid rather obsessively. How would I know whether the Schumann tune I'm hearing is actually bad or being played badly? I'm not talking about out of tune violins, but what about a passable workmanlike peformance versus an inspired rendition of the same? How do you know? Rock music is basically an endless series of variations on a small handful of musical themes, jazz is a more complex manifestation of thematic variations - but both have one common truth. It all depends on the player, the band, the singer. Not so in this case.

But then I think back to the time I first heard something really heavy (Deep Purple, Between Hell and High Water). At the time, I really thought that was as loud as it was going to get. But then there was a lot of Zepplin, a lot of punk, the Velvets, Sonic Youth, and recently the grunge bands, and now I feel confident enough to claim that if I do not like a loud band its not because they are loud. I also think of the time I was starting out as a jazz listener, grappling with the prominence of the bass, the brushstrokes instead of a solid backbeat, the saxes resisting the melody till the point of frustration (mine, not the musician's). When I think of these experiences, Canon in D Major by Pachelbel doesn't seem scary at all. These tunes are all around us. They turn up in ad jingles, in hotel elevators, and in Performance Management courses. They nag at us with violins, and glockenspiels, and woodwinds. They make offices bearable, like yesterday when I blasted Bolero For Orchestra, complete with sinuous theme and crashing finale, disturbed the peace, and felt like a rock 'n roll rebel in a classical context.

What I'm trying to say is bring it on. I'm ready. 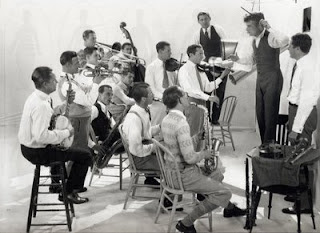 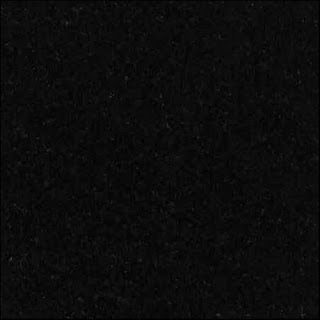 Indie without the baggage: The Shins and Vampire Weekend 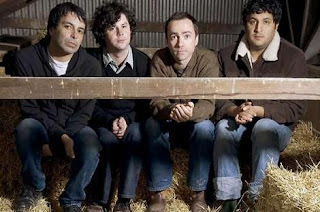 The Shins have been around in the indie circles for a few years, sending shivers down the spines of the serious-minded, and barely registering on the radar of those who believe that music which is not on the charts isn’t music at all. Many fans who were turned onto ‘New Slang’ by Garden State and Natalie Portman predicted a revival of shoe-gaze, but realized after they bought their 2001 album, Oh Inverted World, that slotting The Shins was no easy game. There was some Beach Boys there, some Bubblegum Pop, and to balance things out, an overlooked but consistent post-punk sensibility. Johnny Mercer sounds a lot like Pete Townshend, in that he sings like the air has been squeezed out of him (except, ironically, on ‘New Slang’, which is rendered in a beautiful offhand undertone). One thing everyone agreed on – they had a pre-natural grasp for melody, and a tendency to underplay things, qualities which as a combination had been missing from the music scene for a few decades.

Their follow-up album, Chutes Too Narrow, capitalized on these strengths, but also pushed the band’s sound in new directions with the startling loud-soft dynamics of ‘Kissing the lipless’ and the frantic rush of ‘Fighting in a sack’. But it was their third release, Wincing The Night Away, that truly showcased their willingness to experiment. Sandwiched between illegally sweet melodies were the spooky, rusted ‘Black Wave’, ‘Pam Berry’ and ‘Split Needles’, sounding like the aural equivalent of the tension that had always been lurking in their lyrics. Remarkably, they made all of it sound like a logical extension, instead of a departure from their normal sound. 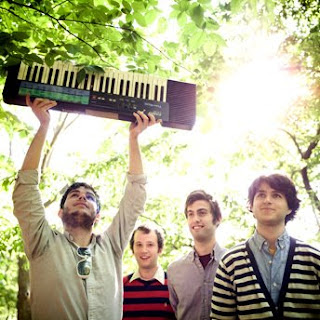 However, if I had to pick a band can distract me from my Shins-worship, it would be Vampire Weekend. Sunny, utterly original and as smooth flowing as a stream, their sound was immediately (and correctly) compared to Paul Simon circa Graceland. But it hardly sounds derivative, you’d have to hear the actual songs to understand why this band has a sound all of its own. The lyrics are less crabby than those of the Shins, and have about an equal chance of being dismissed as bollocks. But their sound - the Afro Pop influenced singing, the clear beautiful lead guitar tone uncluttered by any extra rhythm - is the real triumph. Emphatically not ‘world music’, this Soweto via Manhattan vibe may be the most refreshing sound to hit the music scene in a long time.

(For more on Vampire Weekend, read Penfold, the first off the blocks when it comes to the indie scene)

Day for Night: Truffaut and the Truth 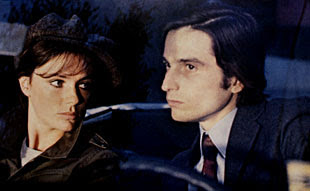 Pauline Kael, in her review of the film, called it “a movie for the movie-struck”. If that is true, then it would go some way in explaining why I liked it so much, where Truffaut’s much-venerated classic Jules et Jim left me somewhat cold. Day for Night is a film about the making of a film, a doomed, overheated piece called Meet Pamela, which is what seems to have riled up Kael in the first place. She misses the point. The fact that Ferrand, the director (played by Truffaut) actually believes that they are creating a small piece of art, enough to re-do a scene after adjusting the face of the leading lady by a few milimetres, makes it a movie about the alchemy of the movie-making process, irrespective of the end product.

There are moments that one can expect only from Truffaut. There is a dream sequence that unfolds in parts and in the end reveals a boy stealing publicity stills of Citizen Kane. Truffaut once said of that movie that it was the one that launched the maximum number of directors on their careers. Then what does he mean by this scene? Is Truffaut saying that the character he is playing is a hack, and in effect, distancing himself from him? Or does he perhaps feel a kinship with him and his troubled dreams about his inability to match up to a film like Kane? Is it a reminder of the fact that the New Wave was primarily founded on the work done by Hollywood directors like Welles, Hawks and Ford – suggesting that they are all, in a way, guilty of theft?

There is one more scene, much talked-about, which sticks in one’s mind. The young lead has to shoot his father in the movie. It is a scene rooted in artifice. The actor playing the father has died, so they have a stand-in. It is shot with artificial snow, the effect created by industrial foam. The director barks instructions at the extras as the scene is being shot, reminding us at every step that it is not ‘real’. Finally, with the thrilling background music rising to a crescendo, we see the man being shot, many times, from different angles. The scene could serve as a lesson in editing; it could also be a meditation on the nature of truth. When you get down to it, no movie is real. Realistic they can be, or based on real events. But the minute you have a plan, a script, a person shouting “Cut”, you are imitating life. The audience knows this and doesn’t care- what they are looking for in movies is not realism, but instead that one transcendental moment. Truffaut’s major achievement is that, after watching this movie, many would agree that he has a sure grasp on both reality and magic.
Posted by a fan apart at 12:21 AM No comments:

Part I: Every office has a quiet guy

On the way back, he replayed the conversation in his mind. He remembered every pencil fumble. Memory was the least of his problems.

“Ah yes. Come in. Come in. How are you?”
“Fine sir”
“Good. I hardly see you now days.”
He smiled, but kept silent. He generally preferred to remain that way until someone asked him a question.
“I wanted to speak to you for some time now…” the boss continued “…but something or the other kept coming in the way. You know how it is here…”
“Yes sir” he said. He did know how it was there, in fact, and it affected him a lot more than people realised. He wondered what was making the man who had single-handedly founded the office they all worked in some thirty years ago so nervous.
“So anyway…here we are now…”
“Yes”
“You joined two years ago, isn't it?”
“Two and a half sir”
“Right. Right. So, how are you finding things now days?”
“Good Sir, fine. Lots of business coming in…” he started, but saw the silver-streaked head before him shaking and stopped.
“Not like that. I meant how are things with you today, after this much time with the company”
He knew what to say. Anyone who had done an MBA knew what to say. “I feel much more involved today sir. I think I’m beginning to understand my job and my role in the organization a lot better now”
The Living Legend tapped his pencil and looked worried. “That’s good. Though to be honest I was expecting you to say something else …if you do have any problems you can tell me, you know…”
“What sort of problems?”
“Anything. We are completely open door. If there’s anything about your work that’s troubling you…or the office…”
“I love my work here”
“Are you sure? Don’t you find it difficult to have to talk to so many new people? Every day. With your condition…”

Sometimes he remained silent even when someone had asked him a question. This was one of those moments.

After a long uncomfortable silence, the boss asked him a series of questions. Had he thought about his future? Was he interested in pursuing other lines of work (because they could help him, get him started off, put him in touch with the right people)? Did he see himself doing this job in five years? Did he sometimes feel his talents lay elsewhere (not that he was not good at this, he was, but its all about human potential, isn’t it)?

'The eloquent young pilgrims pass, and leave behind their trail, imploring us not to fail'

He finally understood. He thought of asking if his Team Leader had complained. But he knew she wouldn’t have. She didn’t mind him. Neither did the others, though he knew he made them uncomfortable. He remembered his first week. So many people had come up and asked him if he was always this silent that he decided that would be his identity from then on.
Lord Silens.
Monsieur Silencieux.
El Silencioso.

Every office has a quiet guy.