A long way from home: Migrant anxieties in Hindi cinema 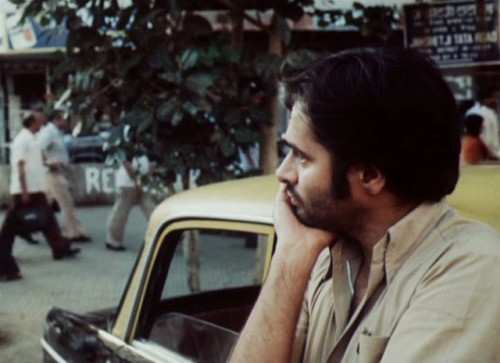 Some of the rare surviving colour footage of Partition can be seen in the 2002 documentary series The British Empire In Colour. There are scenes with people sitting on the roofs of trains, travelling by bullock cart and on foot, trying to reach or flee their homes. One aerial shot shows a seemingly endless procession of the dispossessed stretching along a country road. There was an echo of this over the last two weeks, following the prime minister’s announcement of a 21-day lockdown, in the videos of migrant workers, some with young children, crowding bus stations, walking hundreds of kilometres, only to be turned back.

Within days of the lockdown commencing, it was clear that the first crisis would be dealing with a deluge of people, many of them daily wagers who now had no job, no way to pay rent, and were therefore fleeing cities for their villages. Economic measures were announced three days later but by then the exodus had begun. And, as with the Kisan Long March in 2018, a large swathe of people who often remain invisible to city folk suddenly came into focus.

This unhappy caravan got me thinking of the reverse journey—small town to metropolis—made by a migrant in one of Hindi cinema’s most popular songs. Five minutes into Shree 420 (1955), Raj Kapoor is singing "Mera Joota Hai Japani" as he walks and hitches rides from Allahabad to Mumbai. He has left home in search of a job but finds that honest work is hard to come by and eventually becomes a cardsharp and con man. While his migrant identity isn’t stressed upon, it’s notable that his redemption starts with "Ramaiya Vastavaiya", a Hindi song with a Telugu phrase as the title, which could be seen as a nod to the many non-local cultures that make up the city.

Released two years before Shree 420, Bimal Roy’s Do Bigha Zamin is the urtext for the migrant Hindi film. Inspired by the neo-realist cinema of Vittorio De Sica , it’s about a farmer forced to move to Kolkata and operate a hand-pulled rickshaw to pay off his debt back home. In an article for Café Dissensus, critic Amrit Gangar writes that the film is “a pivotal work in the cinema of migration, anticipating what would become a motif in popular Indian cinema: the villager eking out a livelihood in the city". In fact, the film seems to look both forwards and back: Snatches of Awaara Hoon (from 1951’s Awaara, another film with migration) are sung, and the brash shoeshine boys are precursors to young Vijay in Deewar (1975), a transplant from town to metropolis.

Suspended lives
At least the protagonists in Do Bigha Zamin and Shree 420 free themselves of the city by the end. Most migrants in Hindi cinema aren’t so lucky. Muzaffar Ali’s melancholic Gaman (1978) ends with Ghulam (Farooq Shaikh) at the railway station. He has endured months of loneliness and hardship in Mumbai, away from his family in an Uttar Pradesh village. But once he reaches the station, he’s sapped of resolve. He watches from behind a grill, like a convict peering through jail bars, as the train he was supposed to be on pulls away.

Ali’s film is one of the most empathetic treatments of migrant anxiety in the big city. It begins with Ghulam as an affable wastrel, with no ambition of leaving his village. But there’s no work, so he reluctantly heads out in order to support his wife, Khairun (Smita Patil), and ailing mother. He becomes a taxi driver in Mumbai but his mind is back home. Letters go back and forth between him and Khairun. She begs him to bring them to Mumbai as well but he won’t commit to that. He can’t afford the journey back home—the city is his purgatory.

“Iss sheher mein har shaks pareshan sa kyun hai (why does everyone in this town look troubled)?" the famous Suresh Wadkar song asks—and Ghulam looks more troubled than anyone else. His old life haunts him, literally, as Khairun’s image appears, ghostly, superimposed on the city traffic. The two songs picturized on Ghulam are un-Mumbai-like, gentle ghazals in Urdu. A subplot gives a glimpse of another kind of migrant dream: a vague offer to go work in Dubai, with two years’ salary in advance.

Gaman derives its authenticity from location shooting and casting non-actors in smaller parts. Two years later, another film set among Mumbai’s working class took this idea even further. Saeed Mirza’s Albert Pinto Ko Gussa Kyun Aata Hai (1980) is about a Mumbai family, but one extraordinary scene pays tribute to the migrant contribution to the city’s workforce. Albert (Naseeruddin Shah) approaches a group of mill workers on strike and asks one of them his name and where he’s from. He replies, and his companions do the same, addressing the camera. They are from Madhya Pradesh, Kerala, Rajasthan, Tamil Nadu, Bihar. Each one is regarded separately, in close-up, as if to remind the viewer this isn’t a faceless mass but individuals with hopes and dreams.

Sai Paranjpye’s Disha (1990) also looks squarely at the difficulties migrants face in Mumbai, but with the director’s trademark humour. In the musical number "Bambai Bambai Bam", a group of workers contrast happy village memories with their miserable city lives. “Aisa Gokul chhoda, kya narakpuri yeh paavat hai (left paradise and ended up in a hellhole)," one sings. “Baccha jo peeche chhode woh shakal baap ki bhool gaye (the children we left behind have forgotten their fathers’ faces)," adds another. A man in a white topi, representing the city, tells them off: “Bina bulaye tum mehmaan, upar se ho namak haraam, waapas jao (you are uninvited guests, on top of that ungrateful, go back)". The song ends with the men cheerfully acknowledging their dependence on the city, but the undercurrent is one of worry and pain.

City crimes
A recurring feature in Hindi cinema since the 1950s has been the absorption of the migrant into the city’s criminal classes. In Aar-Paar (1954), Guru Dutt’s Kalu, from Madhya Pradesh, becomes a getaway driver for a local gang. Raj Kapoor’s migrant becomes a trickster in Shree 420. In Awaara, the protagonist’s mother journeys from Lucknow to Mumbai with her infant son after her husband turns them out; the boy grows up to be a petty thief. Over time, the crimes grew more serious. Amitabh Bachchan’s Vijay in Deewar—modelled on real-life gangster Haji Mastan—moves as a young boy to Mumbai, shines shoes, joins the working class as a coolie and finally enters the underworld. Hathyar (1989) stresses the continuity of violence, as village feuds give way to gang warfare after the protagonist’s family moves to the big city.

The titular character of Satya (1998), arguably the greatest-ever Hindi gangster film, is also a migrant—though we are never told where he came from (fittingly, the role is essayed by an outsider, Chakravarthy, a Telugu actor). Dil Pe Mat Le Yaar!! (2000), a film made in the wake of Satya but with a parallel cinema hangover, is a hybrid. Manoj Bajpayee’s Ram Saran has a heavy UP accent; he writes letters home, like Gaman, and lives in a room with others from his state, like Disha. But there’s also a crime narrative, as the car mechanic is forced to become a gangster.

Since migrant narratives usually involve homes left behind, homelessness in the city becomes an important theme, with the inability to secure a place of one’s own a mark of shame (Gaman) and success in this regard the ultimate achievement (Deewar). In Satya, the first thing the protagonist gets upon induction into the gang is a one-room apartment. CityLights (2014) turned this into tragedy as a Rajasthan couple is duped—as so many migrants are—into sinking all their savings into a house, only to find that it’s a scam. It kicks off a series of events which leads to Rajkummar Rao’s character taking part in a heist and his wife becoming a bar dancer—a grim commentary on the choices available to unlucky migrants. Udta Punjab (2016) painted a similarly bleak picture, putting Alia Bhatt’s Bihari labourer through hell before allowing her a measure of revenge.

The reluctance of Hindi directors to set working-class stories in foreign countries means that a potentially rich area, the issues faced by Indians abroad, has rarely been explored; we have had to make do with glimpses in Bharat (2019) and Street Dancer 3D (2020). There has been the odd urban-to-rural migration—Mohan in Swades (2004), Rancho/Phunsukh in 3 Idiots (2009)—but the anxieties in these films are limited to self-actualization. Even village-to-city stories are infrequent nowadays: The working class is seldom seen on the big screen as it is, and migrant stories are a small subsection of these.

A recent film, unconcerned with crime, allowed for a moment of gentle catharsis. In Ritesh Batra’s Photograph (2019), Rafi (Nawazuddin Siddiqui) is working in Mumbai to pay off the debt his late father left his grandmother with back in the village. The old lady comes to visit, and at the film’s end, lifts the burden off her grandson. “Were you always unhappy as a child? Didn’t you laugh? Then why are you keeping those years with you like a medal? Forget those days, forget that house." Given the premium migrant cinema places on remembering, this invitation to forget is a rare kind of freedom.

This piece appeared in Mint Lounge.
Posted by a fan apart at 4:22 AM