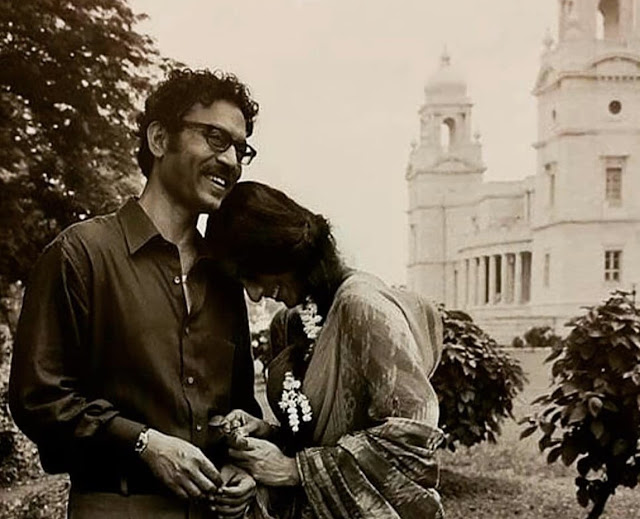 The last Hindi film in theatres before the lockdown was Angrezi Medium. It will also be the last new Irrfan Khan film we’ll ever see. The actor died this morning, at Kokilaben hospital in Mumbai, after a two-year battle with cancer.

There has perhaps never been a Hindi film actor so unanimously regarded as the best of his generation. Irrfan’s body of work is vast and staggering, from early glimpses in Ek Doctor Ki Maut (1990), his breakthrough with Haasil (2003) and Maqbool (2004), and the remarkable films that followed: The Namesake (2006), Paan Singh Tomar (2012), Piku (2015), The Lunchbox (2013), Qissa (2013), Talvar (2015). He was also a rare Indian actor in demand in Hollywood, appearing in blockbusters like Jurassic World (2015) and Inferno (2016) and critical successes films like Slumdog Millionaire (2008) and Life of Pi (2012). From the scores of memorable moments he’s left us, we pick eight that give a sense of his journey, his unique star quality and his versatility as a performer.

Letter never sent
Irrfan was initially slated for a longer part in Salaam Bombay (1988), his first film, but proved too tall and rangy. Director Mira Nair, taken by his look, offered him a one-scene cameo. Krishna, the film’s young protagonist, wants to send a letter home to his mother. His earnestness is contrasted with the brusque responses of the roadside letter-writer, played by Irrfan. After the boy leaves, Irrfan gives the kind of piercing sideways glance that would become so familiar to Indian moviegoers, and crumples up the paper. There are people who watched the film when it came out who’ll tell you they saw greatness in that lean young scribe.

These eyes of mine
Irrfan’s breakthrough came in 2003, playing a thug involved in student politics in Haasil. The scene in the movie theatre is the one everyone remembers, with Ranvijay (Irrfan) hilariously telling his posse to adopt guerrilla tactics. But there’s a scene later in the film which I can’t shake. Sitting by the lake, Ranvijay asks Jimmy Shergill’s more polished student why women are scared of him – a rare contemplative moment for this violent, crude character. “I have a clean heart too, but it’s all about appearances. What can I do, god has given me these eyes". Irrfan lightly slaps one eye as he says this – a funny, revealing gesture.

‘Meri jaan…’
The strangest love scene in Hindi cinema. On at outcrop overlooking the sea, Nimmi (Tabu) trains a revolver on Maqbool, her secret lover and right hand man of the gang lord whose mistress she is. She won’t give it back unless he says meri jaan (my love); she fires into the air, scaring him. So he says the words, first under duress, then like he’s actually enjoying it. Irrfan’s changing expression each time he repeats the phrase is a perfect acting exercise, one of many in Maqbool.

Gift
As Ashoke Ganguli in The Namesake, an Indian professor in the US, Irrfan has a gentleness that’s heartbreaking. In one scene, he gives his college-bound son (Kal Penn), named for Gogol, a copy of The Overcoat for his birthday. He’s about to tell Gogol the story of how he got the name, but Pearl Jam is blaring and the boy is distracted, impatient with his father. Irrfan’s silence before he gives up, pats his son on the shoulder and leaves, is beautifully poised – a moment of connection almost forged, and then lost.

Something new
Irrfan could do more with nothing than any other Indian actor. The scene in The Lunchbox where Saajan, a widower who’s withdrawn from life, eats food cooked by Ila (Nimrat Kaur) for the first time, is a tour-de-force of minimalist acting. It’s delivered to him by mistake, and Irrfan conveys, through sniffs, pauses and tentative bites but no words, just how unusual it is for this man to be eating food that actually tastes good.

Hero entry
An out-of-focus figure in the distance limps towards the screen as a wicked bass riff plays. It’s the Omar Sharif entry in Lawrence of Arabia, except here there’s snow, not sand. The figure comes close and is revealed to be Irrfan, in a shawl, black hat and dark glasses. I saw Vishal Bhardwaj’s Haider (2014) in an old Delhi theatre: when this scene played, the audience cheered like they would for Rajinikanth or Shah Rukh Khan. It’s testament to Irrfan’s popularity that he’s the one given the “hero entry" in the film and not Haider himself, played by Shahid Kapoor.

Ladies’ man
As talented a dramatic performer as he was, Irrfan could also be loose and charming and attractive, playing memorably opposite actresses as different as Tabu, Natalie Portman and Deepika Padukone. The scene in Qarib Qarib Singlle (2017) where he meets Parvathy on a blind date is a comic gem. She’s prim and composed, he’s in a red jacket and shades and won’t stop talking. “Sandwich?" he asks at one point, with a pained expression. “Shouldn’t we just drink poison?" Somehow, Irrfan also manages to make this overbearing weirdo likeable – a feat that would have been beyond most other actors.

Goodbye
There’s a strange beauty to Irrfan speaking English. He hits unexpected syllables, rhythms, which gives his speech a distinctiveness that’s denied to his more fluent Hindi. You can hear it in the monologue from Life of Pi where he talks about his late father. “I suppose in the end the whole of life becomes an act of letting go," he says. “But what always hurts the most is not taking a moment to say goodbye." It’s almost inconceivable that we have to let go, but let’s take a moment and say goodbye to Irrfan.

This piece appeared in Mint Lounge.
Posted by a fan apart at 5:11 AM