Delhi in a Day: Review

When Jasper (Lee Williams) arrives in Delhi bursting with enthusiasm and going on about discovering the real India, one gets the sinking feeling that this will turn out to be that kind of film. But Delhi in a Day is hardly enamoured of the country or the city it’s set in. Jasper’s wanderings are interrupted when he finds out that all his money has been stolen. (What sort of traveller keeps his entire life savings in his suitcase?) As his classist, crass hosts, the Bhatias, accuse their domestic help of the crime, Delhi’s upper class gets the full blast of debutant director Prashant Nair’s disapproval.

It would be foolish to deny the problematic attitudes of many in this city (and country) towards their domestic help. Yet Nair, who lives but has visited Delhi several times in the past, is so eager to show the injustice done that he reduces the Bhatia family to caricatures and the help to virtuous victims. Kalpana (Lillete Dubey) and Mukund (Kulbhushan Kharbanda) are the mismatched couple at the film’s centre; they have two bratty kids, one of whom should come with the label “only furthers plot”. The only decent member is the grandfather played by Victor Banerjee (placing a Bengali aesthete among so many uncultured Punjabis adds its own little wrinkle of criticism to proceedings). The help are shown as loyal, helpless and scared – especially when their employers threaten to involve the police. Despite some nice location shooting (it was just a matter of time before a feature film crew wandered in Kathputli colony) and an assured debut by Anjali Patil as the housemaid who Jasper falls for, this film reminded us of being called up in front of a classroom. You know you’ve done something wrong, but it’s not a pleasant experience.

This review appeared in Time Out Delhi.
Posted by a fan apart at 6:53 AM No comments:

Anhey Ghorey Da Daan acknowledges its debt upfront, with the dedication “For Mani, in remembrance” preceding the opening frame. The film’s director Gurvinder Singh had asked the late Mani Kaul to act as “creative director” on his film. Kaul agreed, but his death last year meant that Singh could only show him the opening ten minutes of his feature debut. The film was completed last year and ended up winning Best Director, Best Cinematography and Best Punjabi Film at the National Awards.

Anhey Ghorey Da Daan opens during an eclipse, and, 117 minutes later, the viewer is still in the dark. This is not intended as a criticism, though viewers are advised to go in knowing that that they’ll be offered very little in terms of explanation, expository dialogue or (God forbid) voice-over. What you get instead is rigorous, highly-controlled filmmaking, and a small handful of facts. An old man’s house, constructed on land that’s been sold off to local industrialists, has been demolished. The whole village is on tenterhooks. The rickshaw-pullers union in the nearby town is on strike. And one Melu Singh, who may or may not have stolen money from his wife, refuses to go home.

In place of a story, Gurvinder Singh offers a collection of moments frozen in time (in this, Kaul’s influence is clear). One indelible image follows another: a baby owl in a tree, a group of women silently standing on a street corner, an old man protectively placing his hand on his grandson’s head. Satya Rai Nagpaul’s camera alternates between static, formally beautiful compositions and slow, raking shots that recalled Tarkovsky's The Sacrifice. This is coupled with a sound mix that foregrounds the clatter of everyday life. Tight-lipped though it may be, this is a rare art film that’s free of artifice.

Despite all of Anhey Ghorey Da Daan’s achievements, even patient viewers might eventually start clamouring for clarity. One need only compare it to Michael Haneke’s 2009 Palme d’Or-winner The White Ribbon to see how a film with similar beauty and reticence could be used to make a definite point. Both films create an atmosphere of great foreboding out of little details, but Haneke goes a step further, indicating the kind of collective mindset that led to the rise of fascism in Germany. Anhey Ghorey Da Daan refuses to be drawn out, though if you let it draw you in, you might see a side of Punjab that rarely makes it to the big screen. 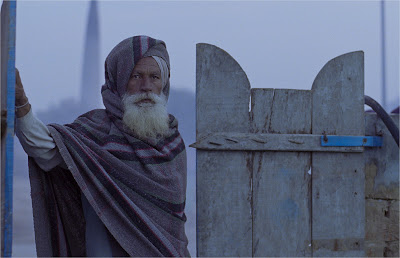 This review was published in Time Out Delhi.
Posted by a fan apart at 1:06 AM No comments:

One successful gag does not a good film make. This is the sad lesson of Fatso!, though the gag in question is so beautifully thought out and executed, it almost makes the rest of the movie’s misfires bearable. Almost.

After he dies in a car crash, Navin (Purab Kohli) finds himself in an elevator, moving up to heaven. When the doors open, death turns out to be a government office. There are queues for “natural death” and “suicide”, mountains of files gathering dust, babus and clerks drinking cups of tea. What’s worse, Navin finds out that due to a bureaucratic screw-up, he was actually retired before his innings was up. His friend Sudeep (Ranvir Shorey), who survived the crash, was the one scheduled to die. Navin complains all the way to the top and is finally offered a compromise: rejoin the living, but in the overweight body of Sudeep.

Once Fatso! returns to earth, it begins to falter. Navin starts pursuing his heartbroken fiancée Nandini (Gul Panag), only now everyone thinks he’s Sudeep. It feels wrong – not just because of the mushy a-person’s-soul-never-dies bits, but because Sudeep being overweight doesn’t seem to have any particular bearing on the story. It’s an excuse, a way to draft in a couple of fat jokes and to feel superior when the reed-thin Panag starts developing feelings for her corpulent friend and spirit vessel. Weighing proceedings down further is the frequently banal writing (“Your problem is you’re a man and you have no idea how a woman feels”) and a grating subplot involving Neil Bhoopalam and Gunjan Bakshi.

Rajat Kapoor, whose last film was the dark, strangely moving Mithya, had planned to release Fatso! in 2009. Instead, it landed in theatres a month ago, after a frustrating three-year wait, and departed soon after. After all these tribulations, it would have been nice to be able to say that Fatso! is a comic gem that deserved better. The truth, however, is that it’s one inspired sequence in search of a few others. Still, the red tape scenes are heavenly. 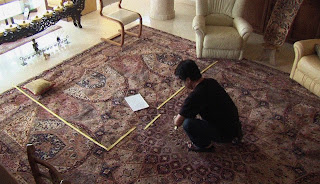 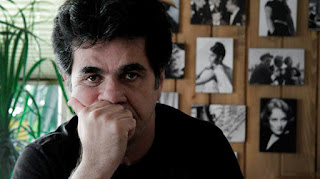