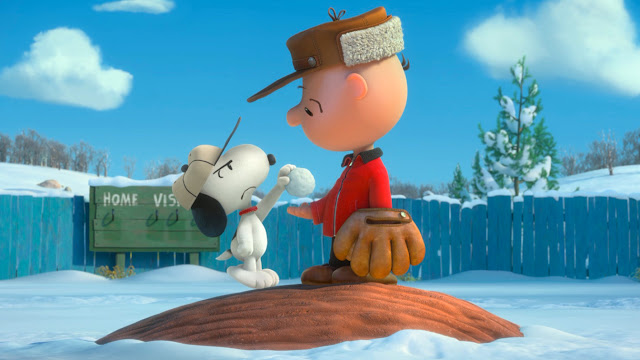 It saddens me to say this, for I love Peanuts and would like anything associated to it to succeed, but The Peanuts Movie doesn’t understand what it was that made Charles M. Schulz’s comic strip special. I was wary of seeing characters I had always pictured in 2D rendered in three-dimensional space, but the film does a good job of finding the right physicality and facial qualities for Schulz’s creations. No, the problem lies in the film’s attitude. It’s too well-adjusted. It’s too damn happy.

Peanuts is the most melancholy comic strip that a six-year-old might be allowed to read. It’s built around Charlie Brown—one of the greatest sad sacks of the 20th century—and his inability to do anything right: fly a kite, kick a football without Lucy pulling it away. Nothing else is more integral to Peanuts—not Snoopy’s ceaselessly fertile imagination or Lucy’s crabbiness or Linus’ wisdom—than Charlie Brown’s essential loser-dom. The Peanuts Movie seems to recognize this initially. But then, to my growing horror, director Steve Martino allows things to become warm and fuzzy until it’s just another bland commercial animation up there on screen.

Charles Schulz knew well enough not to mess with tradition. “Charlie Brown can never be a winner,” he once wrote. “He can never win a baseball game because it would destroy the foundation of the strip.” But The Peanuts Movie has him successfully flying a kite (the kite-eating tree actually helps!) and conducting a conversation with the Little Red-Haired Girl. These may seem like small things to a lay viewer, but to a Peanuts fan, it’s the equivalent of letting the Coyote catch the Road Runner.

The makers are clearly in love with the strip, however. The big hits are all there—Snoopy and the Red Baron, the exclamations of “Good grief” and “Aaugh!”, Lucy’s five-cent psychiatric help service—as are the more specific references, like Peppermint Patty mistaking Snoopy for a “funny-looking kid with a big nose”. The animation, though unremarkable, has a bright fluency to it. I will grant that it’s admirable to try and adapt a creation as singular as Peanuts—in 3D—for the screen. Perhaps the early TV specials were greeted with the same scepticism I’m displaying now. Still, when I heard the sad strains of "Christmas Time Is Here", it made me want to get up, go home and watch A Charlie Brown Christmas, which packed more feeling into 25 minutes than this film can muster in an hour and a half.

This review appeared in Mint.
Posted by a fan apart at 10:18 PM