Listen To Me Marlon: Review 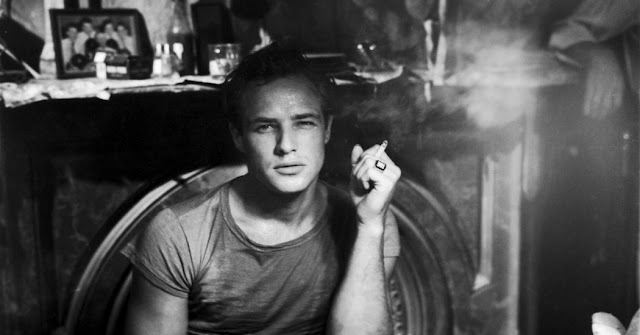 Listen To Me Marlon has one of the most surreal openings of any film this year. Against a black backdrop, a bright blue digital capture of Marlon Brando’s face flickers into view. The edges of the face are fraying, wispy, like it’s only just being held together by the force of his personality. “Actors are not going to be real, they’re going to be inside a computer,” that unmistakable voice intones. “So maybe this is the swansong for all of us.”

It may well be. For although the voice and face are Brando’s, you’re not watching him—not exactly, anyway. Special effects man Scott Billups made digital captures of Brando’s face in the 1980s for a movie that never materialized. Listen To Me Marlon’s director Stevan Riley had these captures fixed on the face of an actor lip-syncing Brando’s lines, and then worked with animators to render this so that it would seem like Brando was speaking. It’s disturbing, impossibly daring and a little bit deceitful, all at the same time—much like the subject of this documentary.

Listen To Me Marlon took shape when Riley, whose previous work includes the very entertaining West Indian cricket documentary Fire In Babylon, was approached by producer John Battsek to make a film on Brando. Because the film had the blessings of Brando’s estate, Riley was given access to around 300 hours of unreleased audio recordings, ranging from the audio diaries the actor kept to “self-hypnosis” tapes. It allowed him to envision his documentary as an autobiography: a sort of Brando on Brando.

After a brief reference to the shooting his son was involved in in 1990, the film goes back in time to tell the story of Brando in a more or less chronological order. His mumbled commentary (at times difficult to decipher, as it was in his later films) is overlaid with still photographs, scenes from his films, appearances on talk shows and the news, and home movies. Like some extended therapy session—or an out-take from Last Tango In Paris—he talks about his alcoholic mother (he loved the way liquor smelt on her breath) and abusive father. We learn about his conquest of Hollywood and his rapid disenchantment with it, see him marching for civil rights and joining an armed Native American protest.

The quasi-first-person documentary has been a major fixture on the non-fiction film-making landscape in 2015. Amy, about the late singer Amy Winehouse, was constructed out of video and audio fragments culled from hundreds of sources. Cobain: Montage Of Heck had a similar genesis to Riley’s film, built as it was around the unreleased tapes and drawings provided by Kurt Cobain’s estate. Like these two narrator-less films, the only talking head in Listen To Me Marlon is the blue digital one at the start—though viewers would be advised not to take anything the famously unreliable actor says as holy writ. 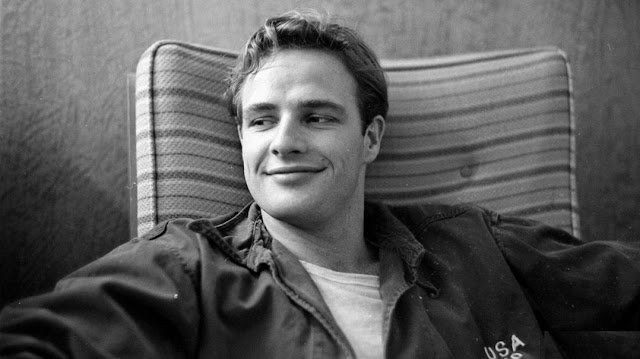 One of the great pleasures of this film is the glimpses it affords of a young, enthusiastic Brando who just wants to be “as good an actor as (he) can”. The rare moments when he discusses his craft are revelatory: like when he says that you knew what you were going to get with the actors of the 1940s, and that he tried to be like boxer Jersey Joe Walcott, whose punches would come out of nowhere. He pays tribute to his coach Stella Adler, stating that all modern acting stemmed from her. It might not be inaccurate to say that it all stemmed from him; that young actors took to memory-based acting not because Adler taught it but because Brando made it look so vital.

My favourite moment in the film comes some 20 minutes in. Brando is being tested for a Warner Bros. film. He’s asked to stand in profile, turn around. He looks more than a little amused. The camera moves in, as if it can’t resist a closer look at features this radiant. We hear Brando’s voice on the soundtrack. “When the camera is close on you, your face becomes the stage... And it sees all the little movements of the face and the eye and the mouth.” As these words are being spoken, Brando’s expression goes through half a dozen changes. It’s just a screen test, but he can’t stop performing.

Listen To Me Marlon makes for fascinating viewing, even as it struggles to try and make sense of its contradictory and conflicted subject. But the moments when Brando the legend dissolves, and we’re simply watching Marlon the actor, are pure gold.

This review appeared in Mint. 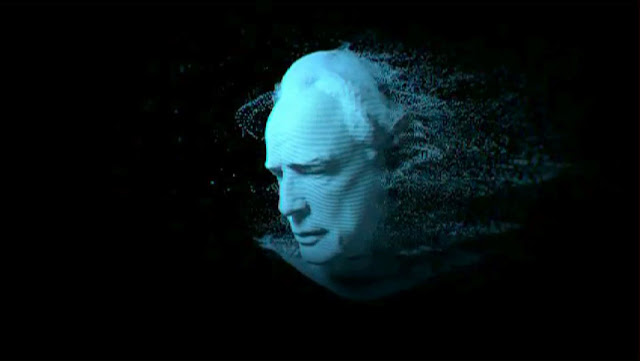