The European Union Film Festival, which started on 8 May, is celebrating its 20th year in India. Films from 21 member nations will be screened, ranging from recent releases to titles a few years old. The current edition’s line-up is the strongest we’ve seen in a long time. There’s The Last Sentence (2012), about a Swedish newspaper editor who was a vocal critic of the Nazis, by veteran Swedish film-maker Jan Troell. There’s the even better-known Czech director Jiří Menzel, whose comedy, The Don Juans (2013), revolves around a production of Mozart’s Don Giovanni. There’s a genuine crowd-puller in Paweł Pawlikowski’s austere Ida (2013), winner of the Best Foreign Language Film Oscar. But most interesting of all are two strikingly ambitious films—one from Spain, the other from Estonia—that hark back to the earliest years of film-making.

Pablo Berger’s Blancanieves (2012) sounds fascinating even in summary. It’s the Snow White story (Los Hermanos Grimm, the opening credits declare), but done as a black and white, silent movie set in 1920s Andalusia, with bullfighting as a backdrop. It opens with Antonio Villalta, a famous matador, being gored badly in the bullring. As he fights for his life, his wife loses hers giving birth to a daughter. Villalta survives, but is paralysed from the neck down. His nurse, Encarna, played by the deliciously hatable Maribel Verdú, takes over his life, marrying him and keeping his daughter, Carmen, from meeting him. Carmen is eventually rechristened Blancanieves (Spanish for “snow white”) and becomes that rare thing: a matadora, or female bullfighter. 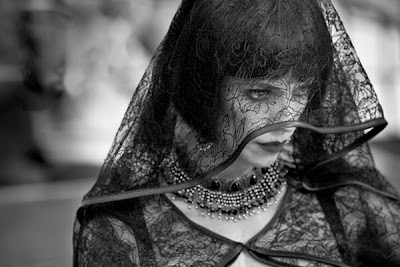 All the elements of the Snow White story are present—evil stepmother, seven dwarfs (bullfighting dwarfs, no less), poisoned apple—but Berger also gives his film the look and feel of a fairy tale. Blancanieves has that combination of horror, humour and beauty that was so integral to early Disney movies, and which informed the films of Berger’s fellow Spaniard Luis Buñuel. When Encarna has Carmen’s beloved pet rooster served for dinner and bites deliberately into a leg piece in front of the child, the point of the scene is that it’s over-the-top and funny along with being despicable. The atmosphere of unreality is further heightened by the fact that this is, quite literally, a fairy-tale world, one of blimps and toreadors and magic lanterns.

Unlike Michel Hazanavicius, whose highly successful silent film about old Hollywood, The Artist, released a year before Blancanieves and stole some of its thunder, Berger doesn’t treat early cinema as pastiche. The actors do not behave as if they’re in a silent movie (as they did in The Artist), and the film doesn’t make too much of silent film tropes or mannerisms (not that it isn’t playful: One of the intertitles preceding a shot of the rooster is a helpful “Cock a doodle doo!!!”.) This is in contrast to the other (partly) silent film in the line-up, Hardi Volmer’s Living Images (2013). A deliberate pastiche of cinema down the ages, it tells the story of two Estonians, Helmi and Julius, and through them, a history of the country. 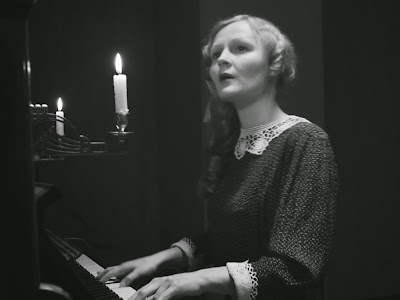 Though the film involves a projectionist looking back at his life, don’t go in expecting another Cinema Paradiso. For one thing, all the old movie clips have been painstakingly created by Volmer and his team in the cinematic style of the day. The story unfolds as sped-up silent film, as Technicolor musical, as 1960s-style communist cinema, and in half-a-dozen other cinematic styles. Some of the visual allusions might only make sense to those who can tell the difference between early and late silents, or between Soviet and German colour schemata, but there’s no denying the extent of Volmer’s ambition and the extent to which he realizes it. Living Images may not be the best film you’ll see at the festival, but it’s unlikely you’ll see another quite like it anywhere.

This piece appeared in Mint Lounge.
Posted by a fan apart at 11:41 PM