Sriram Raghavan: A passion for pulp 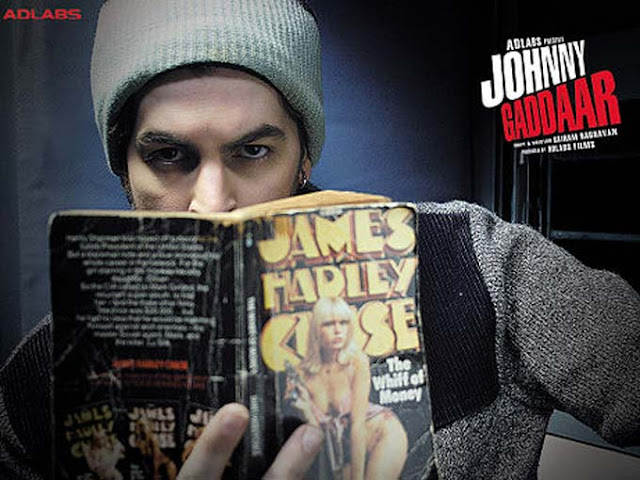 Though Sriram Raghavan’s Raman Raghav was never released, it has had a surprisingly fruitful afterlife. For years, bootleg VHS tapes of the film, which is based on the crimes and eventual arrest of the Bombay serial killer Raman Raghav, were in circulation. Ram Gopal Varma saw it; this led to him producing the director’s first feature, Ek Hasina Thi. Last year, a special screening was organized by Drishyam Films. And Anurag Kashyap, who passed the film on to Varma, made his own version, Raman Raghav 2.0, which premiered at the Cannes Film Festival this week.

Though it was shot on a budget that couldn’t even be described as shoestring, Raman Raghav has several of the preoccupations and themes that mark Raghavan’s later work. Like Ek Hasina Thi, Johnny Gaddaar and Badlapur, it borrows from both the hard-boiled crime film and noir traditions, creating an atmosphere of fractured mental states and moral collapse. We spoke to Raghavan about the film, noir in Indian cinema, and his love for Vijay Anand thrillers. Edited excerpts from an interview:

What led to the making of ‘Raman Raghav’?
It was the first proper thing I did after passing out from FTII (Film and Television Institute of India) in 1987. For two years, I was at the Indian Space Research Organisation—they used to make social empowerment films—and then I was offered this.

It was made on a very low, almost idiotic budget. It was supposed to be a video magazine, like the ones Lehren used to do at the time. It was meant for something called the Police Channel—there would be interviews with the cops and all. The producer wanted to make a set of 13. He made three or four, and then it kind of fell apart.

Why did you zero in on Raman as a subject?
There was a book by R.S. Kulkarni, who was the head of the crime branch. He wrote about the cases he had handled. I came across Raman’s story in that. Everything interested me about the guy. Unfortunately, he was dead by then but I met a lot of cops involved in the case. I also met the psychiatrist who had examined him. He told me, “Don’t treat him like a criminal, he was a sick man.” That hit me. After that, my whole script changed.

In ‘Badlapur’ as well, we begin to feel sympathy for a cold-blooded killer…
In fact, Nawazuddin [Siddiqui] had seen Raman Raghav on a bootleg VHS a long time back. When he told me this, I said we should do Badlapur like that, very raw.

Raghubir Yadav, who plays Raman, was, like you, a few years into his career then.
He was quite popular because of [the TV show] Mungerilal Ke Haseen Sapne. People didn’t know his movies so well. Massey Sahib nobody knew, but Mungerilal was a success. He used to have this comic sort of image, so the producers were worried about whether he would be any good. I thought he was fab. He’s the main reason you can watch the film today.

It’s a pretty brutal, unforgiving film. Did you have hopes of it being released?
That was my first film, so there was no such further thought. I was just happy I was getting a chance to make something. By then, we had done enough to know that you can turn out pretty bad stuff too, so we were just trying to get something good out there.

There’s one scene that’s dominated by a large ‘C.I.D.’ poster, with a ‘Jagte Raho’ poster in the background. Did you see a thematic link between these films and ‘Raman Raghav’?
Jagte Raho I wanted because it’s about a guy who’s mistaken for someone else by a lynch mob. And C.I.D. is a lovely poster. We were shooting the scene in Esel Studio, which was quite tacky. I remember wondering how we could make the scene a little interesting. The C.I.D. poster gave me Dev Anand’s eyes, which was a cheap thing, but fun.

‘Raman Raghav’ has many elements of a crime noir, with the incessant rain, the shadows, the opening confession, the fractured mental states. Were such films on your mind at the time?
I wanted very much to emulate the style of Hitchcock’s The Wrong Man. Raman Raghav was shot on location, but there are many stylistic things in it. I like this mixture of documentary and extreme stylization. Another movie I was conscious of at the time was Wim Wenders’ The Goalie’s Anxiety At The Penalty Kick. The whole minimalism of it hit me tremendously—it kept me on the edge. I wanted a lot of that here.


There were a lot of dark, rainy noirs in 1950s’ Hindi cinema. Were you an admirer of these films?
I’ve seen them all on the big screen. We used to have matinee shows when I was in school. All the old black and white movies used to come back, so I’ve seen C.I.D., Baazi, Taxi Driver, Aar-Paar...

You’ve also spoken about your love for Vijay Anand’s thrillers.
I think Johny Mera Naam was the first film of his I saw, when I was 10 or 12. It must have done some wonders, because I still enjoy it. When you’re a kid, you don’t know about style and all that. Now I can see the techniques he used and how advanced it is in terms of the cutting pattern.

You can see a shift from the Navketan noirs of the 1950s to the suspense thrillers of the late 1960s and 1970s. The fatalism is largely absent…
Absolutely. Johny Mera Naam, Teesri Manzil, Caravan—they are all more fun. I can’t think of many dark films, 1970s onwards. They are one or two. Have you seen Do Anjaane, with Amitabh Bachchan? That’s an odd film.

Your films have strong connections with pulp literature. You referenced James Hadley Chase in ‘Johnny Gaddaar’ and based ‘Badlapur’ on an Italian crime noir novel.
It probably started with Chase. Those weren’t exactly pulp but that was what was available. Chandler, Hammett came later. And I kept discovering more writers. Cornell Woolrich is a favourite of mine. I did one of his stories—unofficially, of course—on Saturday Suspense. It’s a story called "Nightmare", about a guy who has a vivid dream about having killed someone.

The cinematic meta-reference has become something of a trademark of yours after ‘Johnny Gaddaar’. How did the nods to ‘Johny Mera Naam’ and ‘Parwana’ come about in that film?
The references don’t come when you’re starting the script. It’s dangerous when that happens. In Agent Vinod, it may have happened like that a little bit, though this may also be me finding reasons for why it didn’t work.

As far as Johnny Gaddaar is concerned, this is what happened. Neil Nitin Mukesh’s father, Nitin Mukesh, asked me one day why the film is called what it is, doesn’t it sound a little B-grade? I said, that’s what I like about it; plus, I like Johny Mera Naam. But there’s no one called Johnny in this, there’s no connection, he said. This kept troubling me. I thought, I have to justify this title somehow. There’s one point in the film where Neil’s character has to give a fake name. We had already thought of Parwana playing there, so I figured let’s use Johny Mera Naam instead.

I had to really fight hard to get the rights to Parwana. Till the last minute, we weren’t sure if we would get them. We paid quite a sizeable amount for that.


What drove you to have a one-take song sequence that’s pure neo-noir in the midst of a big action movie like ‘Agent Vinod’?
We were shooting a lot of action in Riga. I went a little overboard—it was my first location, so I thought I should exploit it. It became pretty lengthy, 7-8 minutes of different things happening. Two scenes later, there was another requirement of an action sequence. I thought, forget the viewers, I’m getting bored of this action. Then I also had this song, "Raabta", which I loved and hadn’t been able to use. So I thought, screw the bloody action, let’s do it as a song sequence.

There’s a Vijay Anand film called Black Mail. It has a song called "Mile Mile Do Badan", in which two people consummate their relationship while being hunted by the baddies. So this song is going on in an action sequence. I remembered loving that, showing it to people.

The action has a fluid, dreamlike quality, like something John Woo might do.
Let me tell you something about that. I had been shooting Agent Vinod for a long time and there was a lot of chaos in different departments. In between, I was actually looking at John Woo action scenes and wondering how he enjoyed shooting them, since I wasn’t. There’s this interview where he’s talking about Hard Boiled, about a point in the shoot when the whole unit was uninspired. He figured that a single-take scene would fire everyone up, because the whole unit would be working as one. So he did this great sequence in the hospital. And I thought, wow, this is a great way to get my unit together.

Are you content with the perception of you as a genre director?
I’m pretty happy where I am. I would like to go even more specific with the genre stuff, like maybe a giallo. What does a giallo look like in today’s India? I love Franju’s Eyes Without A Face and Almodóvar’s The Skin I Live In. I’m not talking about remaking those movies, but possibly finding a story here that has elements like that.

‘Badlapur’ was a box-office success in spite of its very dark tone. Do you think today’s audience can take a lot more compared to when you were starting out?
I think they are willing to check it out. For me, Badlapur is a terrifically emotional film. I won’t say that for many other so-called “dark subject” films released in the last five years. You may have something very dark, but if it’s not working as a movie, nothing can help you. But if the film comes together right, viewers today are definitely willing to go much further than they would earlier.

This interview appeared in Mint Lounge.
Posted by a fan apart at 3:43 AM