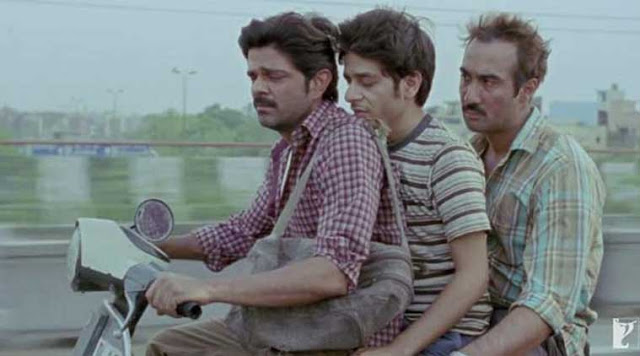 Hope is in short supply in Titli. So are the other comforts we’re conditioned to expect in our movies: things like beauty, warmth, humanity. This is hardly an indictment of Kanu Behl’s film, which screened at Cannes in 2014 and is now getting a theatrical release here under the unlikely banner of Yash Raj Films. It is simply to say that the universe Titli inhabits is noxious and violent, and it never flinches or softens in its running time of nearly 2 hours. In a press conference last month, Behl warned that this would not be a “cathartic film”. He wasn’t kidding.

In the Shel Silverstein comedy number "A Boy Named Sue", a father tells his son that he gave him a girl’s name because he figured that would force him to “get tough or die”. Perhaps this was the intention behind the naming of Titli, the third of three sons (the explanation in the film is that his mother had wanted a girl, but had to make do with a girl’s name). If so, it seems to have had the opposite effect. As played by Shashank Arora, Titli is soft-voiced and slight of figure, at odds with the garishness and brutality of his surroundings. It’s clear he doesn’t belong, and the stylish upward curl of his hair is a small suggestion of the social climbing he would like to do if his dream of owning a parking space in the mall came true.

But, as Behl seems to suggest, east Delhi is where dreams go to die, and Titli’s plans are rudely squashed when his elder brothers, Vikram (Ranvir Shorey) and Bawla (Amit Sial), discover that he has stolen Rs 3 lakh from them to pay the builder (the money ends up with the police). The calmer Bawla convinces his father (Lalit Behl, the director’s father) and Vikram—who has already displayed his hair-trigger temper in a superbly orchestrated scene earlier—that what they need to do is get Titli married. He won’t run anywhere after that, he reasons. And a girl could also be useful for their business.

That the family business is carjacking is a joke so grim that it’s hardly a joke. There was certainly no laughter—or audible intake of air—when Neelu (Shivani Raghuvanshi), a day into her arranged and reluctant marriage, sees Vikram take a hammer to a poor car salesman’s face. If it wasn’t clear earlier that Titli’s brothers were capable of murder, we know now. It kicks the film into high gear. Neelu tells Titli she wants a divorce, and that she has a secret (married) lover. Titli, still nursing dreams of escape and mall parking ownership, tells her he’ll take her to see him—for a fee.

All this unsavoury business takes place in an environment that seems to inspire such behaviour. To call Titli a kitchen-sink drama would be a disservice to kitchen sinks. Behl designs his east Delhi environs with the same detail that producer Dibakar Banerjee did his west Delhi ones in Oye Lucky! Lucky Oye! Every tacky poster on the wall, every mention of sattu chicken, is a clue to the very specific world. The sound design by Pritam Das is even more remarkable —an infernal background score of hacks, coughs, gargles and radio jingles that’s as distasteful as some of the violence on display.

The emotional and physical violence in Titli is wince-inducing, but even more oppressive is the atmosphere of mistrust and desperation that Behl and his co-writer Sharat Katariya build up. The actors appear to breathe in this fetid air and spit it out at the audience. Shorey’s performance in particular is remarkable, both in its brutality and its unpredictability. In the scene where he finds out about the stolen money, he starts beating his brother, then breaks down when Titli calls the house a living hell: He genuinely cannot understand why someone would want to leave their family. He’s the most magnetic thing in the movie, though Raghuvanshi is a blast as Neelu, the pawn who refuses to be played like one.

Titli has the energy and daring of a first film, and a couple of the blind spots of one. Some of the plot turns seem more motivated by screenwriter cleverness than by strict character logic. The visual solutions are also a little trite at times—spiders spinning webs, Titli staring wistfully at a bird in the sky. But Behl shows great maturity in other places. Nine out of 10 directors would have made a big deal of Bawla’s sexuality, but Behl just drops it in matter-of-factly, another unaddressed source of tension in an impossibly compromised family. And there are little touches that add colour to a very grey narrative: a fixed deposit offered as dowry; Neelu saying “marketing” instead of “shopping”.

Unrelentingly grim, morally unmoored, Titli festers like a sore on your consciousness. Yet, from time to time, it’s important that a film like this get under our skin and remind us why we value catharsis so much.

This review appeared in Mint.
Posted by a fan apart at 2:02 AM