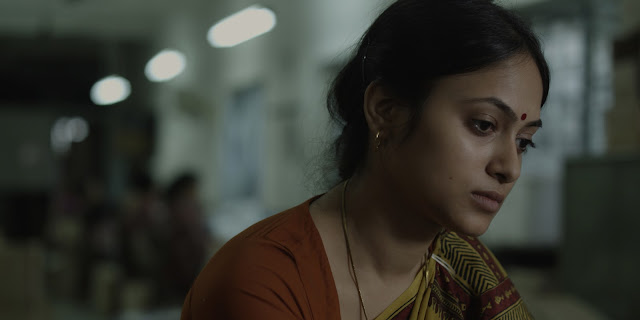 It’s been an unprecedentedly good year as far as theatrical screenings of non-mainstream Indian films are concerned. Court and Kaaka Muttai have already had brief, intense runs. Next month, audiences will get a first look at Masaan, which was screened in the Un Certain Regard category at last month’s Cannes film festival. And this week, there’s the rare opportunity to do an arthouse double bill, with the twin releases of Killa and Labour Of Love.

If Killa resists the art film label, Labour Of Love (Bengali title: Asha Jaoar Majhe) embraces it. This is an experimental film—so far off the beaten path that, despite Aditya Vikram Sengupta winning the best debut director prize at Venice Days (an independent event on the fringes of the Venice International Film Festival) last year, distributors fought shy of picking it up. One can imagine their reluctance to release a wordless drama about a Bengali couple in which the most dramatic thing that happens is the cooking of a fish curry. Eventually, Sengupta decided to release the film, in select metros, through his company, For Films. The film also won the best first film and best audiography at the National Film Awards this March.

Labour Of Love is a sensuous, detailed tribute to the daily rhythms of life in Kolkata. We start out knowing nothing about the couple—whether they are, indeed, a couple at all. Sengupta drops little hints—a bindi on a mirror, a common snack—that the woman (Basabdatta Chatterjee), who’s going about her factory job, and the man (Ritwick Chakraborty), who’s pottering around the house, are in some way connected. We find out they’re living together halfway through the film, but little else is revealed besides the fact that she works during the day, he at night, and the only time they get together is a brief interlude in the morning. The focus shifts from one to the other as they complete the mundane tasks that get them through their day.

Sengupta has said that the film is influenced by Bengali masters like Satyajit Ray and Tarun Majumdar, but Labour Of Love is also reminiscent of detail-obsessed European films like Jeanne Dielman, 23 Quai du Commerce, 1080 Bruxelles. Sengupta knows how to blend image and sound in a way that makes the most commonplace objects arresting. In the absence of dialogue and plot and and other familiar comforts, we’re forced to concentrate on the minutiae of life: a fish on a slab, ready to be cut open, eyes still blinking; water sizzling on the surface of a pan; grains being poured into a container; the sun slowly disappearing below the horizon. We’re made to notice textures, colours, hear sounds that we would normally ignore. At times, the bustle of life is replaced by musical selections—shehnai maestro Bismillah Khan’s rendering of raga Tilak Khamod, Geeta Dutt singing "Tumi Je Amar"—and then the image slows down, stretches out and unwinds like something out of a Wong Kar-wai film (the brilliantly tactile cinematography is by Sengupta and Mahendra Shetty (Udaan; Lootera); the equally impressive sound design is by Anish John).

Labour Of Love is one of the most visually and aurally striking films in recent years, but you have to wonder whether there’s enough going on within scenes to justify all that it chooses to leave out. The film makes it clear that there’s a recession going on, but we don’t know how this is affecting our couple—whether they’re both working because they have to pay the bills, or if that’s the way they prefer it. Apart from a beautiful, surreal 5 minutes at the end, the film seems content to expertly record everyday life than tell anything approaching a story. Still, I'd highly recommend you watch it and see if you can find a way in.
Posted by a fan apart at 1:07 AM