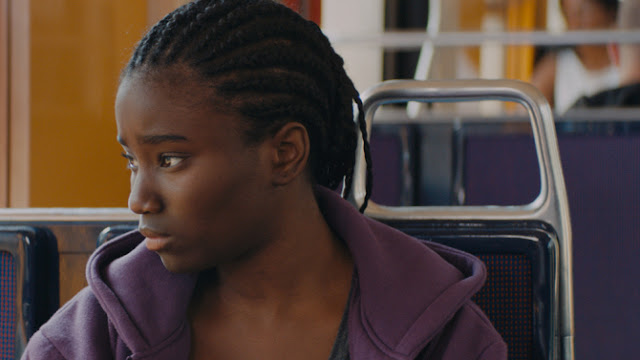 There’s a certain kind of film about children that the French do better than anyone else. From Jean Vigo’s Zéro de Conduite and François Truffaut’s The 400 Blows to more recent efforts like Laurent Cantet’s The Class, French directors have a knack for capturing not just the exhilaration but also the confusion and self-doubt that’s such a big part of being young.

Céline Sciamma is a recent and worthy addition to this list. Each of her spiky, intimate films till date is built around the small and large battles of childhood and adolescence: Water Lilies dealt with the sexual awakening of three 15-years-olds, while Tomboy explored with great sensitivity the practical difficulties of being a boy trapped in a girl’s body.

Girlhood, Sciamma’s third feature, is set in the banlieues of Paris, the low-cost, minority-populated, crime-ridden suburbs brilliantly brought to life 20 years ago by Mathieu Kassovitz in La Haine. Girlhood is a more naturalistic film than La Haine, and less overtly political (even though it has a white director and an all-black cast, something that caused quite a stir in France). Yet, both these films have the same bleak view of life in the banlieues and one’s chances of making it out of there. Early on in the film, Marieme (Karidja Touré), a young girl who lives with a largely absent mother, a violent elder brother and two younger sisters, is told that her grades aren’t good enough for her to move to the next class. The counsellor suggests vocational courses instead, saying, “They’ll help you find a job faster. You’ll be able to leave home.”

Frustrated, Marieme falls in with Lady (Assa Sylla), Fily (Mariétou Touré) and Adiatou (Lindsay Karamoh), members of a local girl gang. In the beginning, it’s difficult to imagine the diffident Marieme taking to this life, but she does, extracting cash from rich children and graduating to fighting girls from other gangs. Yet she remains a sympathetic character, which is testament to the combination of toughness and rectitude that Karidja Touré brings to the part, and to Sciamma’s unsentimental gaze. We never see the girls commit any major crimes; they mostly just want enough cash to be able to book a hotel room, dress up and dance to Rihanna’s "Diamonds", as they do in the film’s showiest sequence (as those who have seen her earlier films will know, Sciamma enjoys sprinkling her narratives with musical numbers).

Like the transgendered lead of Tomboy, Marieme and her friends are playing a role, trying to appear tougher and more grown-up than they really are. But the film keeps reminding us that they’re teenagers. When Adiatou makes fun of Fily’s mini-golf technique, only to see her sink a putt, she starts crying—a touchingly childish response to an embarrassing situation. Marieme too ends the film with a child’s impulse: to go home. Yet, when she arrives at the front door, she hesitates. In the past 24 hours, she’s turned her back, at least temporarily, on her gang, drug dealing and marriage. Now she has to decide whether she is going to return home, or close the door on her childhood forever.

This review appeared in Mint.
Posted by a fan apart at 7:41 AM