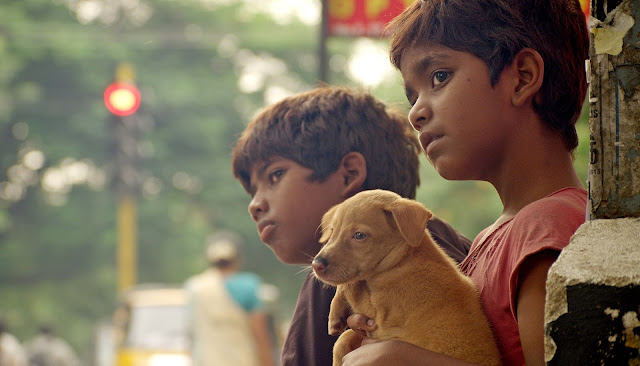 The opening shot in Kaaka Muttai is of a sleeping boy wetting his pants. It’s as if the director (also writer and cinematographer) M. Manikandan is giving viewers fair warning, showing them that he isn’t one to prettify things. This is the great strength of the movie. Manikandan’s first, the film finds joy and humour in its protagonists’ lives without airbrushing over the desperation and squalor.

When a pizza place opens up near their slum, two brothers who go by Periya Kaaka Muttai (Big Crow’s Egg) and Chinna Kaaka Muttai (Small Crow’s Egg), become obsessed with the idea of trying this strange new food for themselves. Their mother (the excellent Iyshwarya Rajesh) will have none of it; her husband’s in jail and she can barely run the household on her salary. And so the boys set about collecting coal, selling it by the kilo, trying to scrounge together the Rs 300 required to buy a pizza. Yet, even after they gather the money, they find other barriers standing between them and the world of the affluent.

All this might sound a little maudlin, but Kaaka Muttai is a largely unsentimental look at hopes and dreams in miniature. Whether they’re eating raw crow’s eggs, bribing a pair of rich children for their clothes, or returning drunk to their homes (for a fee), the film invites us to admire the resourcefulness of the two siblings without turning them into objects of pity or sentiment. It’s the strangest feel-good film you’ll see this year: two children in rags, happily walking past piles of garbage, their heads full of pizza.

Both the leads are, in a sense, playing themselves—like their characters, they also live in a Chennai slum. Though they’ve never acted before, you’d never be able to tell, such is the ease of their onscreen manner. J Vignesh, playing the elder brother, reminded me at times of Shafiq Syed’s Chaipau in Salaam Bombay!, another young boy forced to make grown-up decisions. Ramesh Thilaganathan, the younger brother, is a more straightforward charmer, flashing the kind of smile that would make a mother forgive bed-wetting. The two were jointly awarded Best Child Artist at this year’s National Awards (the movie, along with Elizabeth Ekadashi, won the Best Children’s Film award). You’d do well to catch it while it’s still in theatres.

This piece appeared in Mint.
Posted by a fan apart at 2:48 AM