She was 20: how the girl in the picture surfaced 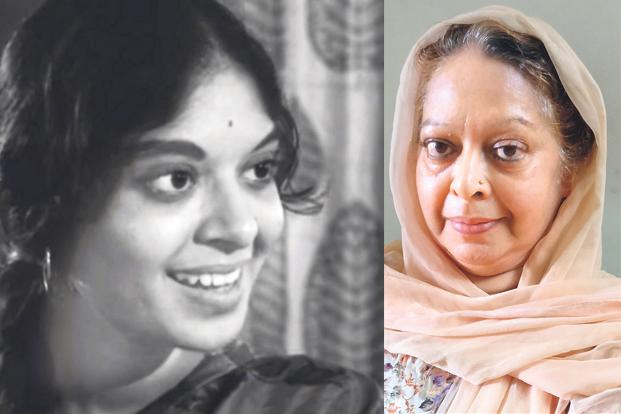 On 11 August, Savita Mehendale, a doctor in Faridabad, was drinking tea with her family. She had an issue of Mint in front of her, and her eye fell on a black and white photograph of a young, sari-clad woman with large eyes. Something about it needled her, so she read the accompanying article, which discussed, among other things, a 1967 documentary short called I Am 20. She watched the film on YouTube, and then, on a whim, called up her cousin in Nagpur, Yogesh Puranik, and asked if there was any chance his mother had appeared in a film 51 years ago.

Later that evening, I received an email from Yogesh, informing me that the unidentified girl in the picture was, in fact, his mother, Nayana Puranik. “Interestingly, Mom never mentioned to us, since last 51 years now, that she was part of Films Division’s documentary,” he wrote. I replied, asking if it might be possible to speak to his mother about her part in what is now regarded as an iconic Indian short film.

The next evening, Yogesh’s father, a retired air force wing commander, took the call and handed the phone to his wife. “When I saw the picture, very loudly I told my husband, it’s me only!” Nayana Puranik says. “I was so young then. After my graduation, I immediately got married. And somehow I got so involved in my married life and my children that it just slipped away from my mind that I was in this.”

Puranik’s involvement in I Am 20 happened by chance. One day, two men came to the house where she and her mother lived and said they were from Films Division. They said they were making a documentary on 20-year-olds born on or around 15 August talking about India, which was also turning 20 that year. Puranik, who was studying at the SNDT Women’s University, Mumbai, and would turn 20 on 20 August that year, had been selected as a possible candidate. Her mother was reluctant, so the men invited both of them to Film City in Goregaon. Puranik was asked a series of questions and told not to worry about how her answers came out, but to just speak her mind.

You can see Puranik in four short scenes. Unlike the other urban interviewees, she speaks in Hindi, not English. In one clip, she talks about how eve-teasing is on the rise (her mother can be seen pouring tea). In another, apparently asked if she’ll choose her own husband, she laughs and says, if he’s well-read and has a good nature and she has feelings for him, then why not? Another question—not surprising, given her camera-friendly manner—appears to have been about possible film-star ambitions; Puranik says it isn’t for her. The last glimpse we get is of her saying, “How can I tell you India’s future?”

In the 1960s, Films Division newsreels and documentaries were shown in theatres before the main feature. Amazingly, Puranik had never watched I Am 20 till last week. “Nobody told me it had released,” she says. “They should have. I think I remember my older sister’s friends saying, we saw Nayana in a film, but I never got to see it.”

I ask Puranik how it felt to watch a 20-year-old version of herself. “I couldn’t believe this girl is me,” she says. “Where is 20, where is 71?” She speaks about marrying early, spending the next few decades raising her three children, and how age was now taking a toll. She admits that a career outside her home was something that eluded her. “My mother never gave me the chance to take up a job,” she says. “I was never encouraged. Yeh ek kami reh gayi (this remains a regret).”

Still photography sets people in amber, preserving them for themselves. As Nayana Puranik discovered last week, sometimes film does this as well.

I Am 20 can be viewed on the Films Division channel on YouTube.
Posted by a fan apart at 4:59 AM