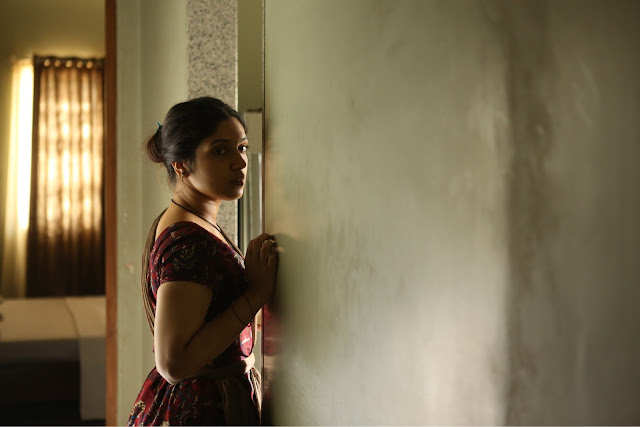 Parsing Lust Stories for literal meaning isn’t quite as fun as speculating on the various subtexts—real or imagined—of this anthology. Is Zoya Akhtar’s short an artistic bridge from the upper-crust universe of her last two features to the more down-to-earth setting of her forthcoming film on Mumbai rappers? Are Radhika Apte’s manic, distracted speech patterns a tribute to her director, Anurag Kashyap? Where has Dibakar Banerjee been? Just how edgy does Karan Johar think he needs to be to fit in with this group?

Lust Stories, which is streaming on Netflix from 15 June, is a follow-up of sorts to Bombay Talkies. Like that 2013 anthology film, this too has a short each from Kashyap, Banerjee, Akhtar and Johar, all of which explore a common theme. Bombay Talkies revolved around our relationship to cinema; of the four, only Banerjee, adapting a Satyajit Ray story, aced his contribution. This time, with lust as the theme, the results are far more satisfying.

Either by design or accident, each of the films in Lust Stories is emotionally centered on a female protagonist. In Kashyap’s short, Kalindi (Radhika Apte) is a college professor who sleeps with a student while in a long-distance marriage. In Akhtar’s, house help Sudha (Bhumi Pednekar) has to go from starting the day in bed with her employer to waiting on his parents and the family of a prospective match. Reena (Manisha Koirala) is having an affair with her husband’s friend in Banerjee’s film; in Johar’s, a young schoolteacher with a desultory sex life seizes on a vibrant alternative.

Taking ownership of one’s actions, no matter how embarrassing, is at the heart of both Johar’s film and an atypically playful Kashyap short. In the latter, Kalindi frequently addresses the camera, offering a variety of justifications for her affair with Tejas (Akash Thosar) and her mounting jealousy when he appears to show interest in one of his classmates. Kalindi is so excited to share her scattered thoughts that she mangles phrases and breaks off in mid-flow to pursue other lines of reasoning. Apte plays her like an open book, albeit one that’s filled with confused scribbles. It’s a stunning performance, as sharp and funny as the one Laetitia Dosch gave in last year’s Montparnasse Bienvenue.

Sandwiched between the outgoing films of Kashyap and Johar are two inward-looking ones. Akhtar directs hers with a muted economy that’s light-years from the bold colours and grand gestures of Zindagi Na Milegi Dobara and Dil Dhadakne Do. Unlike the three other segments, which pack a lot of plot and thought into a small run-time, this feels like a bona fide short—starting in the middle of something instead of at the beginning, ending without resolution, and going on just long enough to give us a glimpse of a life. Pednekar’s look as she waits for the elevator at the end of the day, exchanging a few words with another house help (who’s been given a dress by her employer, and doesn’t care that it’s slightly torn), clutching her own “gift” of congratulatory sweets, is impossible to read. A full-length feature about an employer having sex with the help would have to address issues of class and agency, but Akhtar can afford to not impose anything on the viewer here.

Stung by husband’s neglect, Reena began an affair with Sudhir (Jaideep Ahlawat) three years ago. They aren’t in love; she’s married to his best friend, he’s a commitment-phobic divorcee. Banerjee’s short explores a common enough scenario—a meeting between adulterers and the cheated party—but gives it a feminist spin by revealing both men as feckless and indecisive and placing the woman (who, after some initial panic, treats her husband’s arrival at her lover’s house with a matter-of-factness that suggests she expected this day would come) in charge of offering a solution. The casting is unusual and wonderful: Sanjay Kapoor as the childish spouse who’s all bluster; Ahlawat, possessor of the best poker-face in Hindi cinema today; and the lightly frowning Koirala, shot without sentiment but with great tenderness as she considers how best to resolve a no-win situation. It’s a beautiful idea, having Koirala—who’ll be seen later this month in Rajkumar Hirani’s Sanju as Nargis—in a role that ends up being about picking yourself up and starting over. Few Hindi film actors are more deserving of a substantial second innings.

This review was published in Mint.
Posted by a fan apart at 5:58 AM