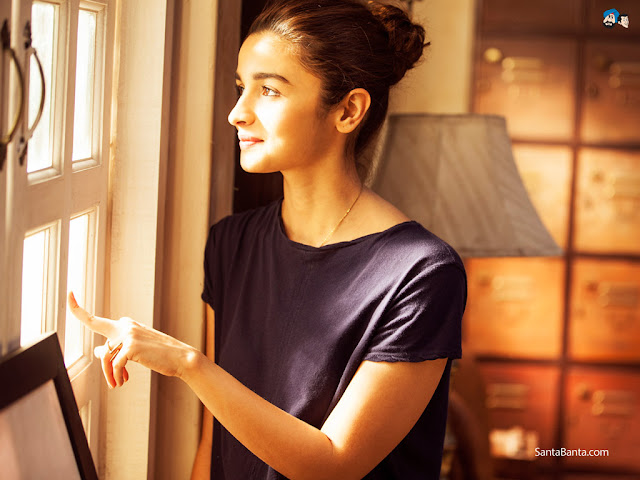 In Dear Zindagi, Shah Rukh Khan plays Jehangir Khan (“Call me Jug”), a Goan psychiatrist who helps the mildly disaffected Kaira (Alia Bhatt) with her problems. His analysis is a bit fortune cookie-ish (“Don’t let the past blackmail your present to ruin a beautiful future”), but does that really matter? If there’s one thing we ought to be able to agree upon, it’s that none of us would mind Khan as our analyst. Who wouldn’t want her story listened to with that famous Shah Rukh concentration, her worries alleviated by that self-deprecating chuckle?

One of the heartening things about Gauri Shinde’s film—her second after the well-received English Vinglish in 2012—is its insistence that seeing a shrink isn’t something out of the ordinary. Kaira isn’t seeking help because she’s depressed or is hearing voices—she’s just having trouble sleeping. Over Skype, she tells her worried house help to think of Jug as a dimaag ka doctor, one you can tell your problems to. In a more heated moment, she asks her family why it’s acceptable to say that you’re visiting a doctor but not a mental health specialist. It’s a small blow, but the thousands of people seeking psychiatric help across India will probably be grateful for a film that articulates these very basic truths.

Dear Zindagi takes its time depositing its protagonist on the couch. In the film’s opening stretch, which unfolds in Mumbai, we find out that Kaira’s cheating on her boyfriend, Sid (Angad Bedi), with a colleague, Raghu (Kunal Kapoor), who loves her but whom she keeps at arm’s length. Freeing herself of both relationships, she heads to Goa and gets tangled up in equally fraught tug-of-war with her overly concerned parents. It’s not often you see a sexually liberated, commitment-phobic, parent-averse female character in a Hindi film. It’s almost as if the film’s inviting judgement; when Jug asks Kaira about her boyfriends, she immediately snaps, accusing him of mentally slut-shaming her (Khan’s pained reaction is one of his best moments in the film).

Despite a few nicely worked-out traumas, there isn’t much that disturbs Dear Zindagi’s placid surface. I can understand the urge to present Kaira—a cinematographer at the start of her career—as more than competent, but having her advise a director on how to reshoot his final scene, and his actually welcoming the suggestion is so far-fetched it’s almost science fiction. There’s a token gay character, whose only significant scene seems to exist to show how chill Kaira is. Goa looks as pretty and boring as a picture postcard. Laxman Utekar’s cinematography is glossy and impersonal, Amit Trivedi’s music inoffensive and over-used.

At times, I found myself wishing the film would flail about more. A relevant point of comparison might be Kapoor & Sons—another Dharma production about family secrets, one which didn’t allow its picturesque setting or devastatingly pretty cast get in the way of ugly confrontation. Dear Zindagi has one such explosion, but it’s awkwardly written and exists more as an excuse for Alia to be able to do a big shout-y scene. Shinde tries a couple of new-Bollywood tricks—interrupting songs with short scenes, for instance—but there’s little to quicken the pulse, let alone set it racing. And some of the choices are just plain silly, like the character who says “Lebanese” when he means “lesbian”, or the scene in which Kaira, angry with Raghu, breaks bottles of ragu.

Amid all this, Bhatt thrives. As always, it’s the little choices she makes within scenes—fiddling with the furniture, twitching her lip—that render her such a compelling actor. Shah Rukh Khan bears down with starry charm on the role of Jug, but his mountaineer anecdote just can’t compare with his co-star talking about herself in disguised third person earlier in the scene. Bhatt has a rare ability to make the emotional decisions of her characters look as if they spontaneously occurred to her. In other words, she gives the impression she’s winging it, which makes even the most ordinary scenes she’s in terribly exciting.

This review appeared in Mint.
Posted by a fan apart at 11:20 PM