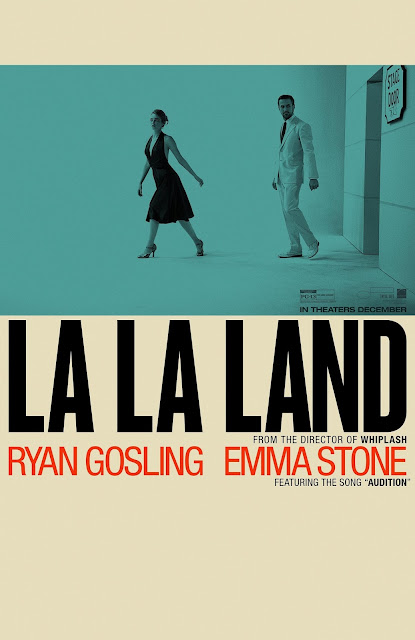 Minutes into La La Land, we were picking our jaws off the floor.

There hasn’t been a purer distillation all year of why we go to the movies, and why cinema isn’t ready to be replaced by home viewing, than the opening sequence of Damien Chazelle’s new film. It opens with a traffic jam on a Los Angeles freeway. As the camera pans along the gridlock, we hear the sounds of radio stations, hip hop and salsa and R&B. This chaotic soundscape is interrupted by a sound of a young woman singing. Another motorist picks up the tune, then another. People get out of their cars and dance. In a matter of minutes, the freeway is hosting a musical number for the ages.

Even edited, this would have been a spectacular sequence, but Chazelle elects to shoot it in a breathless single take. It must have taken weeks of planning and rehearsal to nail all the individual and group movements—some close to acrobatic—and weave them into a flowing, ecstatic whole. Linus Sandgren’s spectacularly mobile camera tilts, pans, dips, races: this must have been what German film-maker F.W. Murnau was dreaming of in the 1920s when he spoke of an “unchained camera”. The song is an up-tempo, Latin-infused number called "Another Day of Sun", and people were pa-pa-pumming it while leaving the theatre.

This sequence might remind some of West Side Story because of the way it marries location shooting and dance, but Chazelle found inspiration in another musical from the same era. In an interview with Variety, La La Land composer Justin Hurwitz spoke about how they “wanted to have a big production number that really pulled you into the world”. He mentions the opening sequence of Jacques Demy’s The Young Girls of Rochefort, which creates a jazzy musical number out of two trucks and a barge, before seguing into a vibrant bit of group choreography.

Demy’s influence on La La Land is visible throughout. He was the swooniest of the French New Wave directors, his films full of bright colours and witty nods to Hollywood musicals. La La Land borrows his palette—especially those pastel shades—and his signature sound, forged in collaboration with the great Michel Legrand. In the same Variety interview, Hurwitz mentions the French composer’s ability to combine a jazz rhythm section with a full-blown orchestra and end up with something danceable. Legrand probably wouldn’t mind being cited as the inspiration for tunes as perfectly constructed as City of Stars or A Lovely Night. 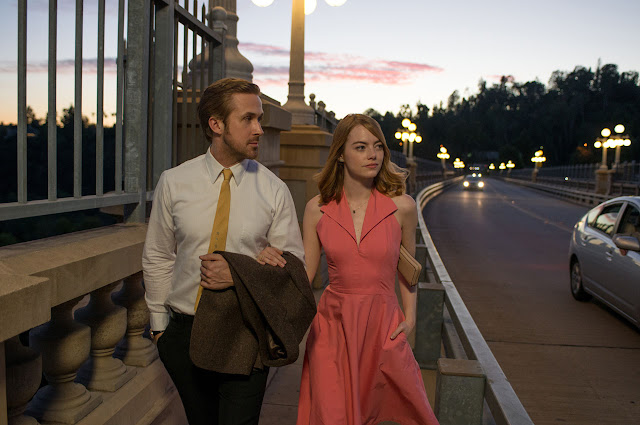 Chazelle first came to wider notice when Whiplash, a film about a young jazz drummer and his martinet of a teacher that he wrote and directed, premiered at the Sundance Film Festival in 2014. It went on to become an unprecedented hit, garnering five Oscar nominations, including Best Picture, and winning three (Editing, Sound Design and Supporting Actor). Few are aware that this wasn’t Chazelle’s first film, or his first stab at reviving the musical genre. His directorial debut came in 2009 with Guy And Madeline on a Park Bench, which premiered at the Tribeca Film Festival. Like Miles Teller’s drummer in Whiplash and Ryan Gosling’s traditionalist pianist in La La Land, it had a jazz musician protagonist: a trumpet player named Guy.


Guy And Madeline began as Chazelle’s thesis film at Harvard. And it feels like a first film, shot on grainy 16 mm stock and showing the strong influence of another debut film, John Cassavetes’ landmark 1959 independent film Shadows. Yet, parts of it also seem like a dry run for both his subsequent films. The jumpy editing and hand-held camerawork would be used to greater dramatic effect in Whiplash. But it’s also a bona fide musical, with tap dancing and characters breaking into song. Hurwitz’s score, like his one for La La Land, is equal parts jazz and classic Hollywood symphony. There’s even a musical number done in one long, unbroken shot.

La La Land is set in present-day Los Angeles, but you get the sense that the central characters would have preferred to belong to an earlier era. The Gosling character, Sebastian, loves Thelonious Monk and Bud Powell and wants to open a club where people can hear “pure” jazz. The actor Mia, played by Emma Stone, seems to hark back to a time when people who came to Hollywood seeking fame and fortune were discovered performing one-person plays rather than, say, off a YouTube short. The film’s enthusiasm for jazz “as it used to be” is matched by its nostalgia for studio-era Hollywood (the flip side of this could be David Lynch’s 2001 film Mulholland Drive, which has a similar dreamlike air but is pessimistic about Hollywood’s intentions). The coffee shop Mia works at is across the road from the window Bogart and Bergman looked out of in Casablanca. Sebastian can’t believe she hasn’t seen Rebel Without A Cause; they go for a screening, then head to the Griffith Observatory, the setting for one of Rebel’s memorable scenes.

Inevitably, there is tribute paid to the great Hollywood musicals. "A Lovely Night", an old-timey bantering duet shot in one take, has Gosling and Stone doing their best Astaire-Rogers. At one point, Gosling even hangs from a lamp post like Gene Kelly in Singin’ In The Rain. And as the film progresses and Sebastian and Mia begin to measure the size of their dreams against their ambitions, there are also echoes of sombre musicals like A Star Is Born and Meet Me In St Louis.

Not that you have to catch any of these references to enjoy La La Land. There’s nothing cerebral about the boisterous poolside dance that ends "Someone in the Crowd", or the dazzling camera move during the same song in which you’re looking up at the sky one moment, down at the ground the next. Neither is it difficult for a lay viewer to recognize the ache underlying the charm of Gosling and Stone. When they say they don’t make movies like this anymore, they aren’t talking about musicals—they mean movies that give unironic pleasure, that draw spontaneous whoops from jaded viewers, and leave one light-footed and tingling when they’re done. 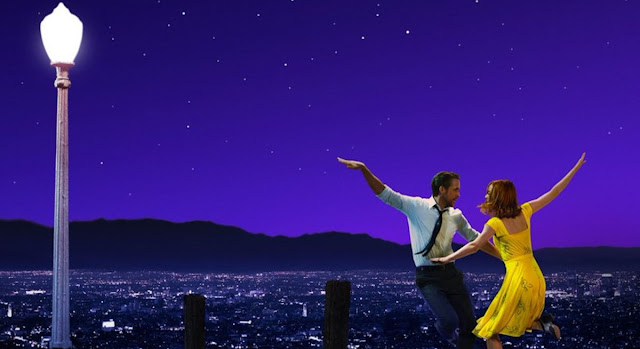 This piece appeared in Mint Lounge.
Posted by a fan apart at 12:26 AM