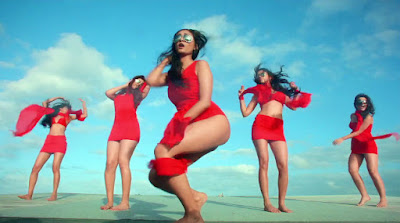 Even in Hindi cinema, where the dividing line between camp and crap is often indistinct, there’s no one quite like Madhur Bhandarkar. His films are monuments to bad taste, but there’s no sign that he’s aware of this. His modus operandi is simple and crude: Titillate viewers with tales of high scandal ripped from the headlines, then hit them with moral judgement. He’s like a modern-day Cecil B. DeMille, minus the spectacle.

Because we’re suckers for a little moralizing, Bhandarkar was initially thought of as a “bold” director (2001’s Chandni Bar, with Tabu, was his best). That moment has long passed; a “Madhur Bhandarkar-type film” is one of the worst things you can call a young film-maker’s work. And yet, the man himself perseveres. His latest affront, Calendar Girls, is worse than the 1961 Neil Sedaka number of (almost) the same name, something I would never have thought possible. It comes three years after his last film, Heroine, and the least he owes us now is another three years to recuperate before we have to endure another one.

Calendar Girls, as the title subtly hints, is about a group of models who are chosen for a major magazine shoot and the ways their lives change after it is done (the reference is to the Kingfisher Calendar). The girls come from all over—Paroma (Satarupa Pyne) from Kolkata, Nandita (Akanksha Puri) from Hyderabad, Mayuri (Ruhi Singh; the ambitious model in Nisha Pahuja’s documentary The World Before Her) from Rohtak, Sharon (Kyra Dutt) from Goa and Nazneen (Avani Modi) from Lahore—to Mumbai, from where they’re whisked off to Mauritius for the shoot. Almost immediately, we’re in prime Bhandarkar territory, with the photographer suggesting that they all get to know each other better by narrating their first sexual encounters.

After the shoot’s over and the film’s done leering at its protagonists (for the moment), it splits into five tracks, as each girl tries to parlay her new-found fame into something lasting. But since Bhandarkar films thrive on bad choices, Paroma ends up a honeypot for cricketers, pimped out by her bookie boyfriend; Nandita finds herself married to an unfaithful jerk from a rich family; and Nazneen, her career blighted by anti-Pakistan protests, becomes a high-price escort (in an almost obligatory twist, one of her clients is Nandita’s unfaithful jerk husband). Only Mayuri and Sharon manage to make something of their lives, the former by smooth-talking her way into Bollywood, the other by embarking on a rather improbable TV career.

The writing, especially the English dialogue, just makes things worse. Nazneen is told by her Pakistani boyfriend that she’s going to “warm the beds of kaafirs” in Bollywood. “Hope you know me,” one smooth talker says to Paroma at a party. “It’s a free choice world,” Mita Vasisht’s madam remarks. The five leads, all of whom are making their Hindi film debut, are terribly exposed; with the exception of Kyra Dutt, they can barely mouth their lines, let alone rise above such terrible material. I couldn’t help feeling sorry for them, cast adrift as they were in a sea of stupidity by their eminently more culpable director.

Bhandarkar obviously doesn’t think he’s a bad director. He cameos as himself here, and accepts Mayuri’s compliments about his thought-provoking films. Will she star in his next project, he asks? It’s called “Air Hostess”. With anyone else, this might be seen as self-awareness. But with Bhandarkar, it plays like unwitting self-parody.

This review appeared in Mint.
Posted by a fan apart at 2:01 AM