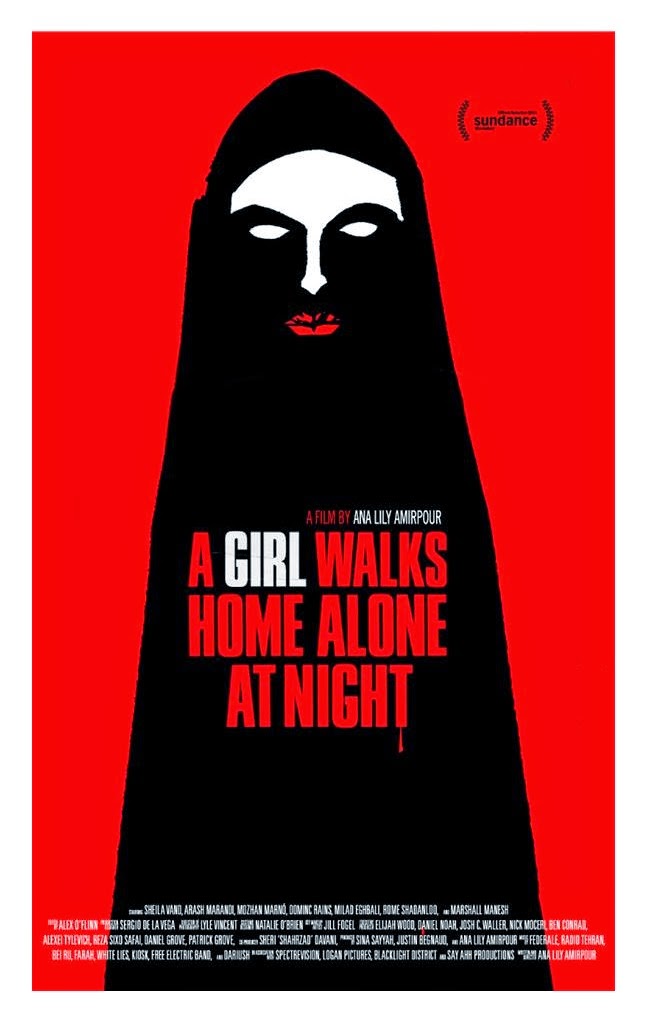 A young man on his bike adopts a James Dean pose. A woman undulates to music, applies make-up, puts on a hijab. A balloon seller does a complicated dance with her wares. A junkie tries going cold turkey alone in his room. A skeleton and her friend buy ecstasy from Dracula at a party. A vampire skateboards down a deserted road at night.

Such is the strange, seductive world of Ana Lily Amirpour’s A Girl Walks Home Alone At Night. The film attracted a lot of attention when it played at Sundance last year. It was billed as the “first Iranian vampire Western”, which it both is, and isn’t. Though the film does concern a vampire (identified only as “The Girl”), played by Sheila Vand, who falls for a young man named Arash, it is Iranian only in that the characters seem like they’re from there; they wear hijabs, speak Farsi, mix tea with sugar stirrers. Yet, the setting is very obviously not Iran: the town looks like some dump in the American Midwest. Amirpour herself is Iranian-American; she grew up in Florida and California, making short films and finally this, her first full-length feature.

I’m sure there will be critics who’ll see this as a parable for women’s rights in Iran or some other social criticism. It’s not like this could not have been Amirpour’s intention—The Girl is like an avenging Santa, biting the necks of the naughty, sparing the nice—just that there are ways to enjoy this most beautiful and bizarre of films that don’t involve “reality” or even “Iran”. For a first-time director, Amirpour has exceptional control; there’s something Jim Jarmusch-like in the fever dream quality of her visuals and the eerie poetry she brings to the simplest of scenes. She’s helped immeasurably in this by Lyle Vincent’s black and white cinematography, the eclectic soundtrack that ranges from Farsi pop to imitation Ennio Morricone, and the performances of Arash Marandi as Arash and Vand as The Girl. 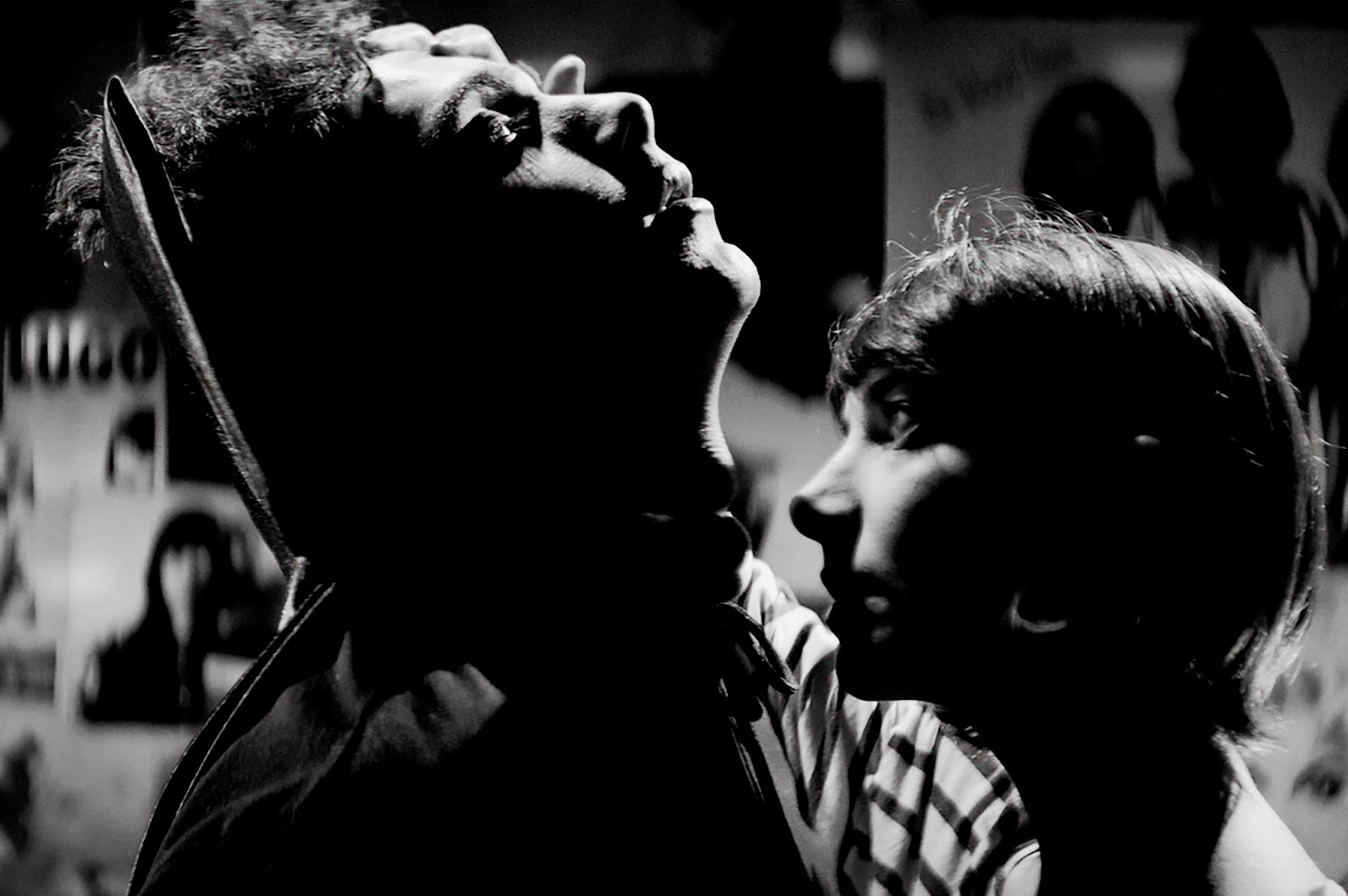 A Girl Walks Home Alone At Night is as exciting a debut as any in the past few years. Amirpour’s next feature has been announced: a post-apocalyptic cannibal romance with Keanu Reeves and Jim Carrey. Keep an eye out for this one.

This review appeared in Mint.
Posted by a fan apart at 2:22 AM