The continuing story of Kamini Kaushal 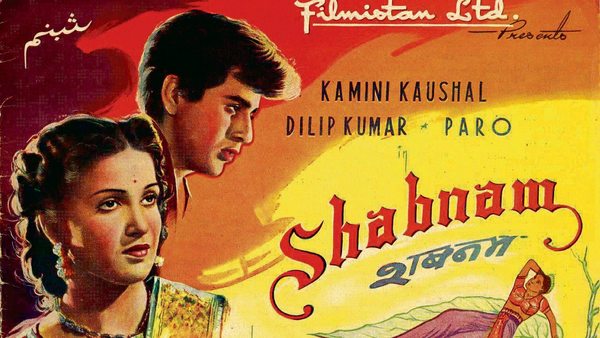 Last weekend, Indian Twitter users put everything aside to furiously debate a film which many hadn’t even seen. Sandeep Reddy Vanga’s Kabir Singh struck its detractors as cruel and cavalier in the titular character’s treatment of his partner. Its supporters, meanwhile, argued that cruel and cavalier characters exist in life, so why not in cinema? Raanjhanaa (2013) was brought up, and Raging Bull (1980), and gender indices in Telugu-speaking regions.

In all the excitement, it isn’t surprising that little attention was paid to the actor playing Kabir Singh’s grandmother. I missed her name in the opening credits and spent the rest of the film wondering if I ought to recognize this actor who was a lot more convincing as a Punjabi dadi than Shahid Kapoor and Kiara Advani were as Punjabi lovers. The end credits supplied a surprising answer: Kamini Kaushal. Neecha Nagar Kamini Kaushal? The 1940s star?

Kaushal is 92 years old. She has been in films since 1946. That’s 73 years as an actor—astonishing when you consider Ashok Kumar’s career spanned 61 years and Dev Anand’s 65. Her first film as an adult (she acted in a production called The Tragedy when she was 8 or 9) was a landmark: Chetan Anand’s 1946 social realist drama, Neecha Nagar, in which she played the idealistic sister of the even more idealistic Gandhian protagonist. It screened at the first Cannes Film Festival and won the top prize (then called the Grand Prix), the only Indian film to have done so till date.

In the 1940s and early 1950s, Kaushal was a considerable star: billed only after Nargis in Aag (1948), Raj Kapoor’s directorial debut; starring with Dev Anand in Ziddi (1948) and with Dilip Kumar in Shabnam (1949) and Arzoo (1950). She was important enough, the story goes, for Subodh Mukherjee, head of Filmistan studio, to reject a little-known singer named Lata Mangeshkar on the grounds that her “squeaky" voice wouldn’t suit Kaushal (Mangeshkar ended up singing for her in Ziddi). She is a rare female actor who continued working after marriage, taking breaks to raise her children. Her turn in Bimal Roy’s Biraj Bahu (1954) won her acclaim, but with Nargis, Nutan, Meena Kumari and Madhubala getting the plum roles, her star began to wane. By 1965, she was playing mother to Manoj Kumar, only 10 years younger, in Shaheed.

Kaushal is probably the only Hindi film actor who started her career in the 1940s and is still working (comedian Jagdeep might come closest, starting as a child artist in 1950—he’s wonderful as Elaichi, Guru Dutt’s sidekick, in 1954’s Aar-Paar—and continuing till 2012). It’s also likely that Kaushal is the only actor with both a pre-independence movie credit and one in 2019. She was born in Lahore in 1927, as were her Neecha Nagar director and co-star, Chetan and Uma Anand (Rafi Peer, who plays the film’s antagonist, was from Rawalpindi, and stayed in Pakistan after Partition). It’s astonishing to think of the breadth of a career that takes in silent cinema, independence, Partition, the first colour film, Ismat Chughtai and Shamshad Begum and Deepika Padukone, bans imposed and lifted and imposed again on Pakistani artists.

If you are looking to learn more about Kaushal’s life and work, there’s little to go on. There are a few print and TV interviews—mostly exercises in trivia, with the exception of the TV series Guftagoo—and no critical writing. Some films from her heyday of the late 1940s and early 1950s are on YouTube, but in terrible prints (Neecha Nagar, which is written about every year when Cannes comes around, still doesn’t exist as a proper DVD or streaming print).

Thankfully, Kaushal’s film-related memories have been recorded for posterity in at least one place. She was the first person interviewed for the Film Heritage Foundation’s (FHF’s) oral histories initiative, done in collaboration with The Academy Motion Picture, Arts and Sciences. Shivendra Singh Dungarpur, FHF’s founder-director, conducted the interview—part of an ongoing series that includes Amitabh Bachchan, Mani Ratnam and several others. It will eventually be available for anyone looking to access it for research, or simply to understand what it’s like to be directed by Bimal Roy and, more than half a century later, by Rohit Shetty.

This piece appeared in Mint Lounge.
Posted by a fan apart at 3:09 AM