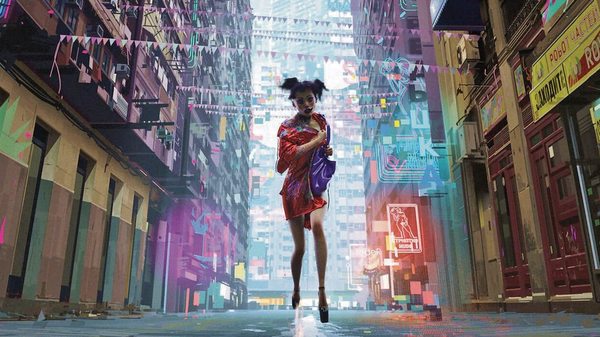 A trailer for Love, Death & Robots released last month was a warning to viewers that they weren’t in Disneyland any more. The animated Netflix anthology series is now streaming, and, from the first episode (the order varies—I got 'Sonnie’s Edge'), it effortlessly earns its adults-only tag. Sonnie is a “pilot", combatants who are hooked up to monsters called “beasties", who duke it out in staged fights. There’s nudity, a trigger warning-worthy backstory, and copious amounts of violence.

'Sonnie’s Edge' is also representative of the realistic style several of the episodes are rendered in. This sort of animation, favoured by recent role-playing games and films like Ready Player One, has its fans, though I prefer the hand-drawn or impressionistic episodes. 'Good Hunting' combines steampunk, Chinese folk tales and body horror to original, if confusing, effect. The stop-motion 'When The Yogurt Took Over' has a gentle absurdity. And 'Zima Blue' is a standout, the bold colours and distinctive lines of director Robert Valley allied to an ambitiously philosophical story.

My favourite story by some distance was 'The Witness', directed by Alberto Mielgo, visual consultant on the recent Spider-Man: Into the Spider-Verse. In a psychedelic Asian metropolis, a woman is chased down alleys and through futuristic sex clubs by a man who may have committed murder. This is irresistible pop art, as if a Satoshi Kon anime has been passed through Blade Runner.

The series is the creation of Tim Miller (director, Deadpool), and has David Fincher as executive producer. It bears the imprint of both. Sonnie resembles the protagonist of Fincher’s The Girl With The Dragon Tattoo, and Miller’s penchant for coarse humour and extreme violence shows up as well. But the writing isn’t as sharp as it is in their films, and there’s little subtlety even in the best episodes. Many of the shorts are take-offs on better-known entities: 'Suits' is Pacific Rim on a farm, 'Beyond The Aquila Rift' is Solaris with a lot of sex, 'Three Robots' is a profane Wall-E.

The varying quality shouldn’t put you off. There is some savagely beautiful animation on offer. Also, it’s a corrective—possibly an over-corrective—for the tragic shortage of animation for mature audiences (outside of comedy series) in the West.

This piece appeared in Mint Lounge.
Posted by a fan apart at 3:25 AM