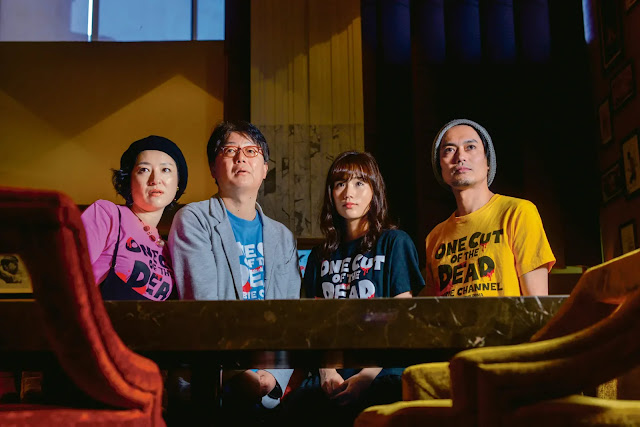 In July 2017, a no-budget B-movie opened in two cinema halls in Tokyo. It was called Kamera O Tomeru Na!—which, translated, means “Don’t stop the camera!". The director, Shin’ichirô Ueda, had made one solo feature, an omnibus film and several shorts. The cast was mostly made up of newcomers. The expectation was that it would run a week or two and then maybe travel to a few festivals.

Then, a small miracle happened. The people at the premiere really seemed to like the film, and subsequent shows kept selling out. It ran a week, then two, then three. It began to travel to festivals outside the country, under the English title One Cut Of The Dead. Everywhere it went, audiences went wild. It got a proper release in Japan, and ran for an unprecedented seven months. Made for a paltry 3 million yen (around ₹19 lakh now), it grossed 3 billion yen—an astonishing thousand-fold return.

Ueda’s film had its India premiere at the Mumbai Film Festival in October. After news of ecstatic audience reactions spread, another show was added to the festival schedule. The next show in the city was at the Japanese Film Festival—essentially, free screenings of 11 recent films—organized by PVR cinemas in January. It was there that I met the film’s producer, Koji Ichihashi, and actors Yuzuki Akiyama, Harumi Shuhama and Shin’ichirô Ôsawa. They looked happy and a little dazed, a natural response to seeing your very small film blow up into a cult hit.

In the interests of a spoiler-free experience, I’ll resist the temptation to discuss One Cut Of The Dead in its entirety. Suffice to say there are a number of moments in the film that I’ll avoid here which will have you marvelling at both its ingenuity and heart (I strongly recommend watching it with a group). Like 8 and a Half or Beware Of A Holy Whore, this is a film about the making of a film, but with a genre twist. A crew making a zombie movie finds itself under attack from real zombies. Hilariously, the director, Higurashi (Takayuki Hamatsu), hell-bent on realizing his artistic vision, decides that the shoot will go on. The result is a breathless, bloody comedy, shot—as the title promises—in one uninterrupted take.

One Cut grew out of a workshop, which might account for its scrappy can-do spirit. Ueda was inspired by a play he saw with an unusual structure (there was a minor controversy when the play wasn’t credited initially). Along the way, zombies got added to the mix. I asked Ichihashi if it was difficult finding finance for the project. He said they used the fee that everyone paid for the workshop, some crowd-funding, and his company contributed the rest.

Shuhama, who plays the poker-faced scene-stealing Nao, said her background in off-Broadway theatre prepared her for the one-take shoot. “But it wasn’t easy," she said ruefully, Akiyama and Ôsawa nodding in agreement. Over the two months the workshop lasted, they practised and refined the long take. They ended up shooting it six times. The last one was the keeper. Still, mistakes were made, some of which you can see in the film. There’s a wonderful moment where blood splatters on the camera lens. It looks intentional but it wasn’t planned, and the hand that quickly wipes it away is the cinematographer’s.

Shuhama and Akiyama laughed when I asked whether they, as professional actors, found it difficult to play performers who were blithely incompetent. Akiyama, who plays the lead actress in the production, went with her gut; Shuhama, however, was asked to dumb it down a little. The meta-meta-ness of the film took some getting used to. “When it was explained to us, it was very confusing," Ôsawa said, “but when shooting began it was okay." Still, whenever they were made to replay the same scene they had shot the previous day, so Ueda could get it from a different angle, the director would be asked, didn’t we already do this?

Underneath all the blood and gore, there’s a heart-warming humanity to One Cut Of The Dead. What starts as a backstage comedy becomes a tribute to the resourcefulness of film-making. At some point, you start rooting for these wonderfully weird people trying to make the best B-movie they can with no money or resources. It is this connection to the audience that has been a constant, from the modest initial release at home to festival showings in Italy, the Czech Republic, the Netherlands, Mexico and a dozen other countries. “In Japan, film audiences normally don’t react," said Ôsawa of that first screening. “But when this was shown, people were laughing and clapping. We thought, okay, this is a film people should see in a theatre."

This piece appeared in Mint Lounge.
Posted by a fan apart at 3:50 AM

Email ThisBlogThis!Share to TwitterShare to FacebookShare to Pinterest
Labels: One Cut of the Dead