Exploding the canon with Mark Cousins 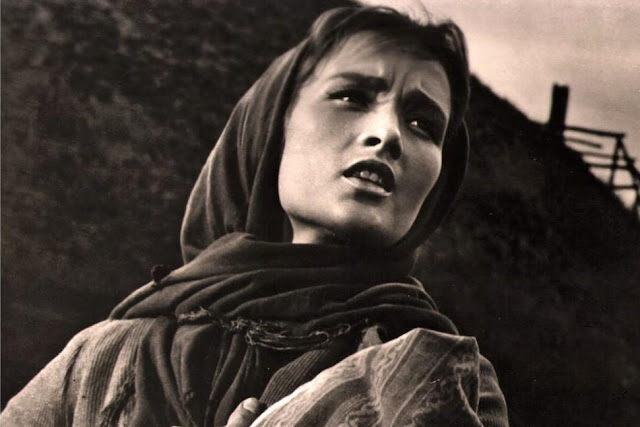 Though TV audiences in the UK knew Mark Cousins as the host of Scene By Scene and Videodrome, it was his 2011 documentary The Story Of Film: An Odyssey which announced him to the world. This 15-part film is, as the title indicates, a history of cinema, but viewers expecting the familiar narrative of Europe and America influencing each other over and over, with the rest of world cinema putting in cameo appearances, would have been startled. Cousins used the film to place directors like Guru Dutt and Youssef Chahine on the same pedestal as Orson Welles and Jean-Luc Godard, and challenged viewers to revise accepted ideas of cinematic quality.

Cousins, who lives in Edinburgh, had a busy 2018. His documentary The Eyes Of Orson Welles, a tribute which began with a gift to Cousins of hundreds of artworks by the director, premiered at Cannes (it also played at the Mumbai Film Festival). He wrote The Story Of Looking, an exploration of the ways we take in the world visually. And he’s putting the final touches on a documentary called Women Make Film: A New Road Movie Through Cinema. This 16-hour film, which focuses on women directors from all eras and from around the world, will premiere sometime in 2019, though excerpts have already been shown in festivals. We caught up with Cousins at his hotel in Bandra, Mumbai before he left for Mehboob Studio—he was eager to see the soundstage where Guru Dutt, a favourite (he has a Kaagaz Ke Phool tattoo), shot one of his most famous scenes. Edited excerpts:

What gave you the idea for ‘Women Make Film’?
I became increasingly frustrated at the kind of conversations that movie-lovers have. They talk too often about the same films again and again. I’ve always been interested in what I don’t know. I heard about this Bulgarian film-maker, Binka Zhelyazkova. I thought, wow, why have I not heard of her before? Her work is wonderful and incredibly popular in Bulgaria. A third of the population was going to see her films. Kira Muratova for me was as great as Martin Scorsese. How many people have heard of her work?

I first started gathering the information about six years ago. I just started going to the film archives of the world and saying, who are your great women directors? In Bulgaria, in Albania, in Hong Kong, they said who they were. I did it on the back of other things. We had no budget for this film at all. We just funded it ourselves because nobody wanted a 16-hour film about the great women directors. Then, because of (Harvey) Weinstein, it became more topical.

We need a revolution in cinema because it’s been far too dominated by men. But we also need to remember the great women film-makers who have been written out of movie history.

You wrote in ‘Sight & Sound’ magazine in 2015 that the starting point should be to “assume (women directors) are out there".
You have to. My background is science—the scientific method is that you have a theory and you try to disprove it. If you can’t, maybe you’re right.

Did you find that people in the countries you visited didn’t know about their own female directors?
Well, yes. That’s why I went to the archivists, a lot of whom were female. But I talked to young Chinese, Bulgarian film-makers who don’t know who their women directors are. It’s the fault of the film magazines, TV programmes, historians who aren’t addressing this stuff. But we have to blame ourselves also. When Kira Muratova died, lots of people said “I’ve never heard of her". Some of her work is free on YouTube. It’s really easy to Google “great female directors from Russia". We have to blame our own lack of curiosity if we haven’t typed in those five words.

You’ve structured the film as a masterclass.
Yes. It’s 40 chapters, asking very simple questions—how do you do an opening shot, how do you film war, how do you film sex? Nothing about the female gaze, how women make films differently from men. There’s a real danger of gender stereotyping. I’ve heard people say Kathryn Bigelow makes films like a man. I think, fuck that, she makes films like Kathryn Bigelow. Does Pedro Almodóvar or Youssef Chahine or George Cukor make films like a woman?

You’ve consistently challenged the idea of traditional film canons. When did you start breaking away from them?
When I was 12, I loved the idea of a film canon. I needed to be told what to watch. I didn’t know who James Whale was, who Douglas Sirk was. When I was 22, I was getting a bit tired of that. I started to realize that there’s Ousmane Sembène and Djibril Diop Mambéty. I was looking for an African canon. And guess what, the African canon could plant a bomb under the European and American canon. When I was 32, I started thinking, what about Indian cinema, why have I only heard of Satyajit Ray?

Each canon should explode the previous one, plant a bomb. I’m not against the idea of canons—but I reject the idea of a single canon, or a canon that is everlasting.

Are cinephiles today curious about lesser-known cinemas and film-makers?
I think canons still have a pretty strong hold. I’m pretty optimistic about most things, about this I’m not. Like when she dies (points to his Kira Muratova tattoo) and people say I haven’t heard of her, I just want to say, for fuck's sake, why not? When I was young it was really hard to see films. Citizen Kane I heard about when I was 9 or 10; I had to wait 10 years to see it. Now you don’t need to wait 10 seconds.

If you’d said to me a decade ago, suddenly film will become massively available on something called YouTube or DVD, I'd have said, hallelujah, the problem is solved, people will fall in love with every type of cinema. That hasn’t happened. People’s curiosity has lagged behind the availability.

What spurred you to write a book about “looking"?
I’ve been interested in looking all my life. At school I was a slow reader. When I was presented with a page of text, I was scared, but the visual world came to me very quickly. At a time of new looking technologies like Skype and VR, I wanted to write a history of how we got to the point of a deluge of looking, the overload of screens, and is this good or bad. And the answer is: both.

We are sitting in one of the most visual countries in the world. India and Mexico are the two places in the world that seem to do visuals better than anyone. Walk out on to any street in India and you’ve got a visual overload. It’s not just about the amount of things that are happening, it’s the amount of decoration, the way colour is used, the way banyan trees are hung.

Your documentary on Orson Welles is also about looking. It’s amazing how we keep turning up new stuff on Welles.
I thought, what else is there to say? Then I saw the drawings and paintings. The fact that there are a thousand of them...it’s like I said in the film, he didn’t write an autobiography, he drew an autobiography.

It’s been eight years since ‘The Story Of Film’. Have there been any films or directors since that you’d like to have included in it.
Yes. Have you seen the new Spiderman film? I thought it was dazzlingly original. If I was doing a new chapter in The Story Of Film, it would be in there. Then there’s the use of sports cameras. Did you see the documentary Leviathan, about fishing? That would be in there. Jonathan Glazer’s film about the alien, Under The Skin, that’s amazing. Also, film-maker Alice Rohrwacher, she’s really great.

Besides ‘Women Make Film’, do you have anything else out in 2019?
A film I did is starting to go around. It’s called Storm In My Heart. I discovered that two famous American women were born on the same day in Brooklyn. One was Susan Hayward, who was the biggest box-office star for a few years in the 1950s. The other was Lena Horne, the famous African-American singer and actor. Because she was African-American, they shot her Hollywood films in such a way that her scenes could be cut out for the southern states, so the white racists didn’t have to see her.

I’ve taken one of Susan Hayward’s films and one of Lena Horne’s and intercut them. The complication is that the African-American woman came from the upper class and the white woman was from a lower class, so intercutting the films says something about gender, race and class.

This piece appeared in Mint Lounge.
Posted by a fan apart at 1:17 AM