The year Cannes was canned 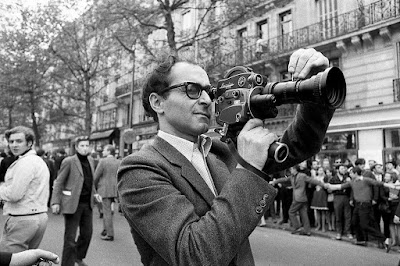 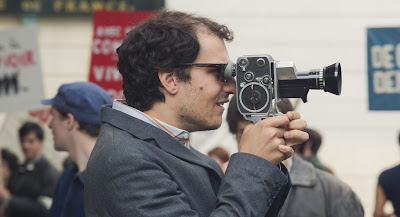 On the morning of 18 May 1968, a press conference is held at the Jean Cocteau Theater in Cannes. By then, the 21st edition of the annual film festival held in the French seaside resort town has already been underway for a week. The meeting is called by François Truffaut and Jean-Luc Godard, originators of the French New Wave. Truffaut calls for a shutdown of the festival in solidarity with the strikes and demonstrations taking place across France protesting authoritarianism and the Vietnam War, and all hell breaks loose.

As charged press conferences go, they don't get much better. “I want the festival to close,” Truffaut says to a volley of boos. “We’re talking solidarity with students and workers, and you’re talking dolly shots and close-ups,” Godard yells. “You’re idiots!” Claude Lelouch and Milos Forman announce they’re withdrawing their films. A disgruntled Roman Polanski says that shutdown or not, no one gives a hoot about Cannes. One attendee stands within swinging distance of Truffaut and shouts in his face. Finally, a man in a suit announces that since they can’t guarantee screenings will go on uninterrupted, they are shutting down the festival.

Fifty years on, Truffaut is no more, and Godard has a film in competition at the 71st Cannes Film Festival (8-19 May). It’s a little disappointing that the festival hasn’t called attention to that tumultuous month in its line-up, not even in the Cannes Classics selection, for May 1968 has reverberated through French cinema over the years, providing either setting or inspiration for a number of remarkable films. Several directors took active part in the protests: joining the strikers, making documentaries, forming film-making units that operated on socialist principles. Some, like Godard, Truffaut and Philippe Garrel, were already working then, while others like Olivier Assayas were experiencing the events as any regular teen would. All would reference May 1968 in a later work.

If you want to ease into a 1968 frame of mind, Michel Hazanavicius’ Redoubtable, which played at Cannes last year, is what you need. It’s a fictional look at Godard (played by a brilliantly pouty Louis Garrel), circa 1967, as he embarks on a relationship with actress Anne Wiazemsky and turns his back on narrative film-making in favour of political cinema. The infamous press conference turns up as a radio broadcast, with Wiazemsky and her friends smiling at how militant Godard sounds. The fallout of the Cannes cancellation is shown in a hilarious scene, with  director Michel Cournot complaining to co-passengers in a packed car about not getting to show his film at the festival, until Godard erupts. Even the protest scenes are turned into comedy, with strikers asking Godard—who is trying to break away from his earlier style—when he’s going to make another Breathless. 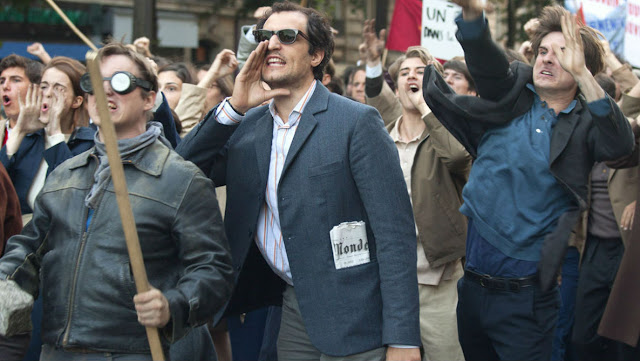 Redoubtable is a massively entertaining film: affectionate towards, but not worshipful of, its subject. Still, if you’re looking for a less joke-y take on that time, try Philippe Garrel’s lyrical Regular Lovers (2005). Garrel was a prodigy in 1968, only 20, and already the director of a feature film. He shot a short documentary—some say it was the work of a collective—on the streets of Paris (look for Actua 1 on YouTube). For all the starkness of the images of rioting students and baton-wielding cops, a few moments of New Wave playfulness survive. “What comes into the world to change nothing deserves neither respect nor patience,” the voice-over intones. “That needs repeating,” says another voice. The line is repeated.

Regular Lovers begins with 10 minutes of nothing much happening at all (not unusual for Garrel) before exploding into action, with a hallucinatory night-time stand-off between students and the police. Having shown us the world outside, Garrel then heads inward, stoking the battle fires of emotion that raged through young people like himself that year. It’s the very model of a French art film: grainy black and white, lots of cigarettes and coffee and young people discussing philosophy and sex, art and politics (which makes it a good bridge to Jean Eustache’s lacerating 1971 black and white film, The Mother And The Whore, which Cahiers Du Cinéma once called the only true May 1968 film). 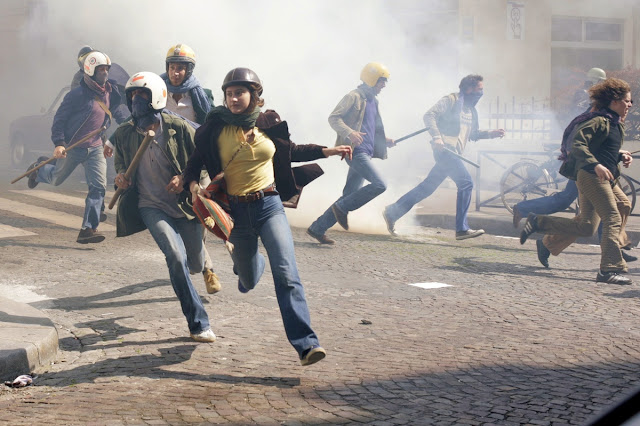 The one film about 1968 that has been seen by a substantial number outside the cinephile community is Bernardo Bertolucci’s The Dreamers (2003)—the promise of Michael Pitt, Louis Garrel and Eva Green in a ménage à trois might be why. For an equally dazzling but more resonant account of the time, you might opt for Olivier Assayas’ Something In The Air (2012) instead. The film is set in 1971, but the spirit of 1968 courses through its night-time graffiti raids and chaotic protest meets. But Assayas also questions, through the central figure of Gilles, who is fighting the system but also trying to be a painter and film-maker, whether art and true revolution are compatible. “Shouldn’t revolutionary cinema use revolutionary syntax?” a film-making collective is asked. “Could it be that the revolutionary syntax you speak of is the individualistic style of the bourgeoisie?” one of them shoots back.

Redoubtable ends on a similar note, with Godard told to choose between cinema (in this case, tracking shots) and politics (the majority opinion of the collective he is working with). Thankfully, half a century later, the cinema that 1968 inspired gives you the chance to opt for both.

This piece, part of the World View series, appeared in Mint Lounge.
Posted by a fan apart at 4:55 AM