A truth beyond reality 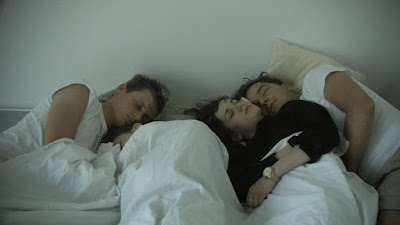 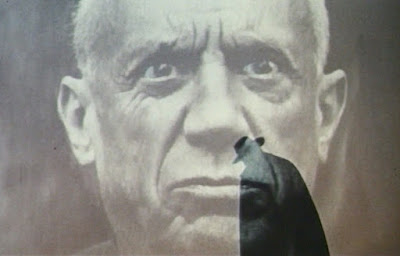 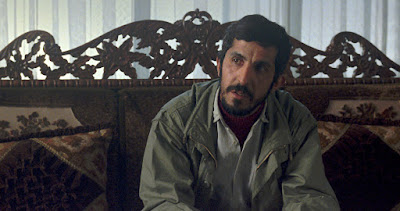 Young people in Poland do the best drunken existential rambling. They say things like “Your empathy is really stellar” and “My sense of stability has never been more out of whack”. And they’re always in motion—or at least that’s what All These Sleepless Nights makes it seem like. Michal Marczak’s film follows two young Warsaw residents, Michal and Krzys, as they bounce from one party to another, blow off steam with angsty worrying, and generally live a life without visible responsibilities. It’s shot by Marczak himself in the manner of Emmanuel Lubezki, regular cinematographer to Terrence Malick and Alejandro González Iñárritu; the camera dives and swirls and seems intent on conveying the thoughts of the protagonists.

As an immersive look at contemporary Polish rave culture, this would have been a striking film, but what makes All These Sleepless Nights one of the most exciting cinematic experiments in recent memory is how it blurs the line between fact and fiction. Though the film won the directing award in the World Cinema—Documentary section at the 2016 Sundance Film Festival, it isn’t exactly non-fiction. Krzys and Michal weren’t actors, but young men Marczak met at a house party. They drew on their own lives for their “performances”, and the film follows them for a year and a half as they hang out, party and fall in and out of love.

Marczak brought the ever-readiness of guerrilla film-making to his semi-fictional story. “We had everything prepared, always, for any occasion: rain, underwater, everything,” he told MovieMaker magazine. “Everybody was always on the phone on standby. We could really be any place in the city within 20 minutes and do our shoot.” This commitment to capturing elusive revealing moments lends a vivid immediacy to almost every scene in the film. You know certain reactions would have been discussed beforehand, movements choreographed, but it all looks so real. And who’s to say it isn’t?

Inasmuch as any film can be regarded as the truth—you are, after all, watching only the maker’s truth, a subjective cutting and arrangement of moving images—it is documentary that’s supposed to carry the burden of authenticity. Yet, from the start, non-fiction film has shown a tendency to shake off this burden. Explorer-prospector-director Robert J. Flaherty’s Nanook Of The North is one of the first great documentaries—the life of an Inuk hunter, captured with an eye for dramatic detail. Only, as it turned out, several of the details that so dazzled audiences in 1922 were Flaherty’s embellishments, including the substitution of a traditional spear for Nanook’s regular hunting gun. Nanook wasn’t even Nanook: his real name was Allakariallak, and his “wife” in the film was actually Flaherty’s companion.

Even before he began making movies, Orson Welles was pulling wool over people’s eyes—or ears, with his realistic-sounding but entirely fake "War Of The Worlds" radio broadcast in 1938, which convinced several listeners that aliens had landed in New Jersey. His debut feature, Citizen Kane (1941), is one of the most influential films of all time, and very modern in its challenge to audiences that they would not be emerging from the theatre with any clear “truth” regarding the central character. Three decades later, abandoned by the studios and making films on the fly, Welles would further muddy the relationship between fact and fiction, artist and viewer.

In 1972, Welles told critic Jonathan Rosenbaum that he was making a film on art forger Elmyr de Hory, his biographer Clifford Irving, and millionaire inventor Howard Hughes (who Clifford wrote a fake biography of). “A documentary?” Rosenbaum asked. “No, not a documentary—a new kind of film,” Welles said. That it certainly was. There’s nothing quite like F For Fake (1973), which is about whatever Welles told Rosenbaum, but also about Picasso, Oja Kodar (the director’s partner), magic tricks, the 1938 radio broadcast, and the making of the film itself. These various strands of deception are tied together with brilliant associative editing and the smoothness of Welles’ baritone—saying so much, saying so little.

One strange detail about F For Fake was that it was funded with Iranian money, and had its premiere at the 1973 Tehran International Film Festival. Could this screening, and possible subsequent ones, have meant that it was seen and appreciated by budding directors who’d go on to make their own sly, rough-edged, quasi-documentary films? Abbas Kiarostami’s Close-Up (1990), in particular, is difficult to imagine without the influence of F For Fake. Though the two films have different techniques and philosophies, they are united in their determination to continually shift the narrative sands under the viewer’s feet.

When Kiarostami read about a man named Hossain Sabzian, who’d impersonated director Mohsen Makhmalbaf—posing as him to a couple and taking money from them to make a film—he thought it might lead to something. So he went to the prison where Sabzian was being held and interviewed him, and somehow inserted himself in the courtroom during the trial. Then, he got Sabzian and the people he misled to play themselves, restaging, with a few adjustments, the events that resulted in the man’s arrest. The result certainly isn’t documentary, but is it fiction? The courtroom scenes are real, as are the scenes in jail. In a sense, it’s all real. Sure, it’s “performed”, but what we think of as real life in documentaries is also a performance, a face presented to the world.

This idea of performance in documentary was used, in one of the more astonishing acts of cinematic rebellion, by another Iranian director, Jafar Panahi. Placed under house arrest by the authorities and forbidden from directing, he “co-wrote” and appeared in This Is Not A Film, a 2011 documentary about Panahi not being able to make a film. Of course, he was, and this film was followed by two more in the same vein, Closed Curtain (which unfolds in Panahi’s house) and Taxi (like Kiarostami’s Ten, set in a moving vehicle).

Around the time Panahi was stretching the nature of docu-fiction in Iran, directors Joshua Oppenheimer and Christine Cynn were bending documentary reality in a different way in An Act Of Killing (2012). Anwar Congo and Adi Zulkadry, hired killers in the Indonesian genocide of 1965, recreate their murders for the camera as lurid genre film pieces. The result is supremely unsettling, though perhaps not as disorienting as The Thin Blue Line (directed by Errol Morris, one of Killing’s producers) was for viewers in 1988. That film included re-enactments of key scenes from the crime being investigated: based in fact, but shot like a neo-noir film. This soon became a common documentary technique: a step away from received ideas of “reality”, perhaps, but a way to enhance the effectiveness of the film.

When it came time to shoot with the couple he’d conned, Sabzian, the central figure in Close-Up, developed cold feet. Kiarostami tried to persuade him, telling the man he hadn’t lied but had “told a truth that’s beyond reality”. This is a beautiful encapsulation of what these films, perched on a wire between reality and fiction, set out to accomplish. When Krzys slow-dances on the streets at the end of All These Sleepless Nights, oblivious to the vehicles winding around him, it’s both real and unreal. Reducing moments like these to one or the other is an unnecessary restriction on the poetic possibilities of cinema.

This piece appeared in Mint Lounge.
Posted by a fan apart at 9:15 PM