The refugees of ‘Casablanca’ 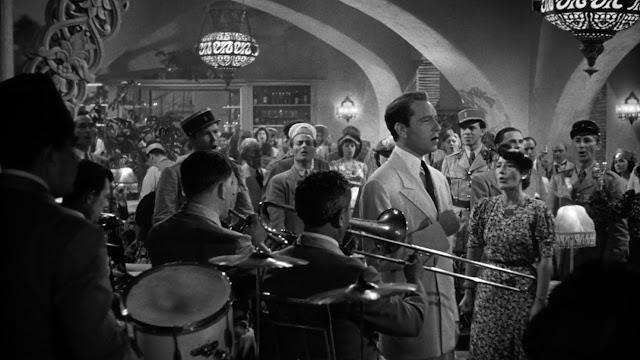 On 26 November 1942—just over 75 years ago—Warner Bros released a film based on Everybody Comes To Rick’s, an unproduced script for the stage that novelist James Agee judged “one of the world’s worst plays”. In the lead were Humphrey Bogart, then just escaping the gangster straitjacket he had been in for half a decade, and Swedish actor Ingrid Bergman. The production was chaotic, with four writers frantically churning out pages to be shot the next day, and everybody from the actors to producer Hal Wallis pitching lines. No great hopes were pinned on it, but three-quarters of a century later we’re still talking about Casablanca.

The film, an allegory for the US’ initial detachment from, and eventual involvement in, World War II, is set in December 1941 (the time of Pearl Harbor), in Casablanca, Morocco, then under Vichy French rule. Most of the action takes place in a bar run by American Rick Blaine (Bogart), a gathering point for revolutionaries looking for a glorious fight and expats desperately seeking the first plane out. There’s a famous scene in which the room, led by Resistance fighter Victor László (Paul Henreid), drowns out the officers singing in German with a thundering rendition of "La Marseillaise", the French national anthem. Actor Dan Seymour, who played the doorman, saw several actors crying during the scene: “I suddenly realized that they were all real refugees.”

Casablanca is full of people who escaped actual Nazi persecution. Headliner Paul Henreid, an Austrian Jew, was labelled an enemy of the Nazi party and left England for fear of being deported. S.Z. Sakall (Carl the waiter), also Jewish, left Hungary. Conrad Veidt—cast, ironically, as dastardly SS officer Strasser—was a staunch anti-Nazi who once wrote “jude” on a race identity card even though he wasn’t Jewish (his wife was). Madeleine Lebeau (Yvonne), whose eyes well up with tears during the song, fled Paris with her husband Marcel Dalio (Emil the croupier) ahead of the German occupation in 1940. The man playing the German officer she shares a scene with earlier in the film, Hans Heinrich von Twardowski, was homosexual, and escaped Germany in 1933.

Almost everyone associated with the production, with the exception of Bogart, was an immigrant. Bergman (Ilsa) was from Sweden, Peter Lorre (Ugarte) from Germany via Austria-Hungary. Claude Rains (Renault) and Sydney Greenstreet (Ferrari) were English. Michael Curtiz, one of the most versatile directors ever to work in Hollywood, was Hungarian; his thick accent resulted in the memorable substitution of a poodle for a puddle. Composer Max Steiner was Austrian. Writers Philip and Julius Epstein, sons of a Russian immigrant, were asked to work in specific vignettes about refugees into the screenplay. The legend goes that while shooting the Paris flashback, an extra burst into tears; it turned out she'd lived there and had seen the Germans march in.

“Superimposed over this map are scenes of refugees fleeing from all sections of Europe by foot, wagon, auto, and boat.” Casablanca’s screenplay begins with this potent image, though it goes on to detail the refugee life only in passing—most memorably in a scene where an elderly couple bound for the US try out their shaky English on Carl. But the uncertainty that hangs in the air is emblematic of the immigration experience at the time. So is the desperation. They may sing hard-luck songs with Dooley Wilson (Who’s got nothing?/We got nothing/How much nothing?/Too much nothing) but everyone, from Rick down to the last uncredited extra, takes those letters of transit seriously.

In those days, Hollywood had both the wherewithal and the moral authority to make a film about refugees. As David Denby, writing about Casablanca in 2012, put it: “In real life, the place that everybody came to was Hollywood in the thirties and forties.” Los Angeles was a haven both for artists fleeing fascism and a wide variety of general émigrés. The roster of foreign talent in that town was breathtaking: Greta Garbo, Erich Wolfgang Korngold, Billy Wilder, Marlene Dietrich, Max Ophuls, Fred Zinnemann, Dimitri Tiomkin, Otto Preminger. Directors like Robert Siodmak, Edgar G. Ulmer and Fritz Lang melded German expression with American hard-boiled literature and created film noir. Ernst Lubitsch brought a knowing sophistication to comedy, Douglas Sirk to melodrama. Steiner, Franz Waxman and Miklós Rózsa between them invented the classic Hollywood score.

The fundamental things apply, as time goes by. Casablanca’s 75th is happening at a time when refugee crises are as much a part of the news and political discourse as they were in 1942 (the United Nations High Commissioner For Refugees places the total at 65 million worldwide today). Unsurprisingly, these upheavals are finding their way into films, as they did in films like Casablanca, Charlie Chaplin’s The Immigrant (1917) and Mitchell Leisen’s Hold Back The Dawn (1941). 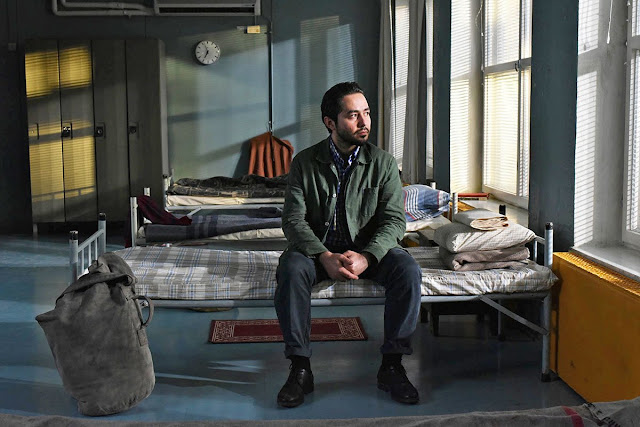 At the Mumbai Film Festival in October, three films offered differing takes on the immigrant experience. The Other Side Of Hope had the unmistakable deadpan stamp of Finnish master Aki Kaurismäki, but there was an unexpected sweetness to the story of a crusty Helsinki restaurateur who helps out a Syrian refugee that was both inspiring and heartbreaking. The Turkish film Daha, directed by Onur Saylak, was more straightforwardly devastating. A shy teenager helps his brutish father transport, house (in a badly ventilated basement) and smuggle into Europe escapees from war-torn Middle East—a nightmare mirror image of the unfortunate “others” in Casablanca who “wait...and wait...and wait”. And there was Nicole van Kilsdonk’s children’s film The Day My Father Became A Bush, in which the refugee is a 10-year-old girl escaping an unspecified war zone.

The dull gold sparkle of cellophane-like material worn by shivering figures on a boat is an image that links last year’s Fire At Sea—a non-fiction account of the life of a young boy on an Italian island and the immigrants who routinely wash up there—and Human Flow, a new documentary on the refugee crisis. The film, by Chinese artist and dissident Ai Weiwei, was shot over a year in 23 countries, and had a limited release in the US in October; it will hopefully be available to stream in India at some point in the near future. There is one film, though, that did release here in 2017, and which alluded to the plight of refugees while cleaning up the box office (to the tune of Rs76 crore). I speak, of course, of Thor: Ragnarok.

Perhaps because the rest of it is so determinedly irreverent, Thor’s ending has an added poignancy. Throughout the film, we’re shown characters stuck in the wrong place, longing to return home, but the idea isn’t driven home until the final moments, when the citizens of Asgard watch from a spaceship as their home is destroyed in a three-way fight between Thor, Hela and Surtur. The point isn’t laboured, but showing a once-legendary city reduced to a bedraggled group on a ship is an unexpected acknowledgement of the countless actual people who, finding themselves without a home, cram into rickety vessels and set off towards an uncertain future, because that’s all that’s left to do.

This piece appeared in Mint Lounge.
Posted by a fan apart at 10:49 PM