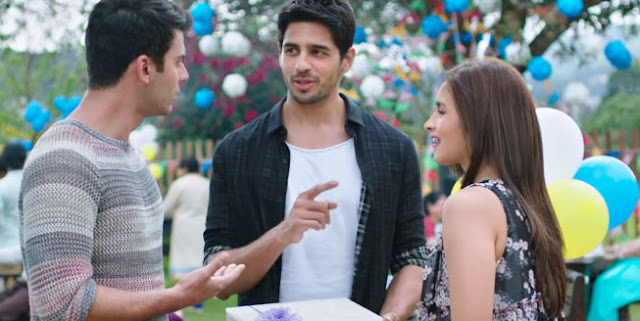 Kapoor & Sons (Since 1921) may be a family drama, but it’s paced like a thriller. The viewer is taken briskly from line to line, and scene to scene. Despite its 140-minute running time, the storytelling is surprisingly economical; while one could argue about certain plot strands being there at all, there’s hardly a scene that feels superfluous or unnecessary to the narrative as it exists.

This commitment to pace is evident from the start. The film begins with Amarjeet Kapoor having a heart attack in his Coonoor home as his son, Harsh (Rajat Kapoor), and daughter-in-law, Sunita (Ratna Pathak Shah), argue in the other room. Ten minutes later, his grandsons, Arjun (Sidharth Malhotra) and Rahul (Fawad Khan), are shown to have flown in from New Jersey and London. Almost immediately, the family starts to bicker and small and big secrets start tumbling out. Harsh and Sunita—both of whom seem difficult to get along with—are having trouble keeping their marriage afloat. Arjun, who has been bouncing between careers, feels belittled by his parents and envies his older brother, a published novelist. Rahul, meanwhile, is feeling the pressure of being the perpetual peacemaker in the family.

Into this stormy mix, the film throws two sunny, uncomplicated personalities. The first is Amarjeet, played by Rishi Kapoor, who is made up to look like he’s 90. Dadu, as he’s called by everyone, only wants to smoke a little weed, watch a little porn and get a nice family portrait clicked (as with Amitabh Bachchan in Piku, this film manages to smuggle in progressive attitudes towards sex and drugs through the ramblings of a cantankerous old man). There’s also Tia (Alia Bhatt), another visitor with roots in Coonoor, whom Arjun meets at a party and immediately likes. She, however, is attracted to Rahul, unaware that he’s Arjun’s brother.

In most films, this triangle would have taken centre stage, but Shakun Batra, the director, is more interested in how the Kapoor family is cracking wide open. And boy, does it crack. Smaller arguments keep flaring up until finally, the sheer weight of grievances and resentments accumulated comes crashing down on the Kapoors. Even as the characters lose control, the film never relinquishes it. Editor Shivkumar Panicker’s cross-cutting is often effective, especially when it’s working in tandem with the fleet, cutting script, by Batra and Ayesha DeVitre. Unlike with other recent dysfunctional family films such as Finding Fanny and Dil Dhadakne Do, I didn’t care for just some of the characters, I felt for all of them. They are monumentally messed up, but it’s the messiness of real life, with a little Dharma gloss (and an irritating score) on top.

Even as it gently teases Khan’s ever-increasing hold over female fans in this country, the film also gives him his first good role in Hindi movies. His low-key charisma works for his character and makes a nice contrast with the more method-y approach of Malhotra, who, after Brothers, is playing the unappreciated son for the second time in 12 months. Pathak Shah and Rajat perform like the old pros they are. Rishi’s face doesn’t move under all that make-up, but his voice is alive with mischief. Yet, what Bhatt does with a role that could have been boilerplate Manic Pixie was, for me, the most pleasurable part of the film. Of all the stars in Bollywood today, she has the lightest touch. The way she holds certain words, repeats others, converts half-frowns into half-smiles—these are clues to her character that she’s casually tossing out like breadcrumbs. This trail was the most interesting thing in lesser films such as 2 States and Shaandaar; in Kapoor & Sons, it’s a brilliant grace note.
Posted by a fan apart at 5:03 AM