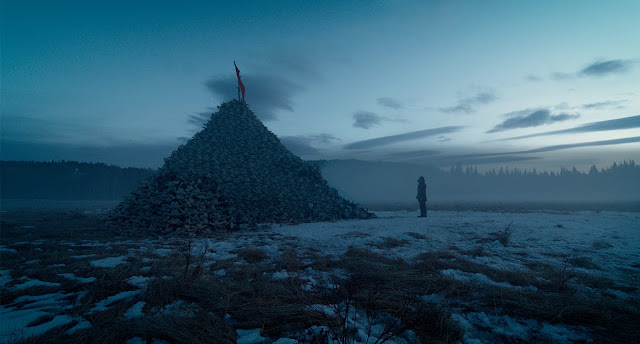 In several interviews leading up to the release of The Revenant, Alejandro Iñárritu was posed questions about the violence in his latest film. Nearly all his replies dwelt on the fact that he grew up in Mexico, which he felt was a “violent country”, and which had resulted in him taking movie violence more seriously than most directors. “I personally reject the concept of violence as an entertainment tool,” he told The Wall Street Journal. “I find cynicism in the detachment from the consequences of violence.”

It’s not like Iñárritu’s previous films—Amores Perros, 21 Grams, Babel, Biutiful and Birdman—have lacked for emotional and physical violence. But these are films set in modern times, within societies bound by at least the semblance of law. The Revenant takes place in the 1820s, in the wilds of the American Midwest. It’s a brutal climate, full of lawlessness and greed, with various groups of settlers and Native Americans battling for resources and land. By setting his film in such a world, Iñárritu seems to ask: when violence is inextricably linked one’s survival, how far are you allowed to go?

The film (based on actual events) begins with an attack on a camp of white fur trappers by Arikara Native Americans. Only a couple of men survive the battle that follows, among them the party’s captain, Andrew Henry (Domhnall Gleeson), the grizzled John Fitzgerald (Tom Hardy), and the group’s guide, Hugh Glass (Leonardo DiCaprio), and his half-Pawnee son, Hawk (Forrest Goodluck). The next morning, Glass, scouting by himself in a forest, is charged by a bear. He manages to kill the animal, but not before he’s ripped up and thrown around in a terrifying scene that puts the brutality of the earlier battle into perspective. When the men find him, he’s barely alive. Nevertheless, Henry tells Fitzgerald to stay behind and see to Glass’ eventual burial while the rest of the company moves on.

It’s at this point that The Revenant presents—in what will be a recurring motif —a situation where self-interest must be weighed against loftier concerns like humanity and honour. No one in the company thinks Glass has a chance of surviving. There’s also the very real threat of the Arikari catching up with them. All this is voiced by Fitzgerald as justification for helping Glass along to what seems like an inevitable death. Unfortunately, Hawk catches him in the act, which leads to Fitzgerald knifing him as his father looks on, too badly injured to move. Fitzgerald then leaves Glass there to die, in a shallow grave.

Incredibly, Glass survives, and though he’s barely able to walk, sets off in pursuit of Fitzgerald. What follows is one of the most gruelling obstacle courses ever committed to film. Before the film ends, Glass must survive attacks by Native Americans and French trappers, a jump over a cliff, and a tense few minutes being borne along by an icy rapid, to say nothing of snowstorms and pouring rain and hunger. But he pushes on, lit from inside by the memories of his dead Pawnee wife (revealed in flashback to have been shot by army men) and his murdered son.

Though his motivation—revenge—is un-animal-like, Glass, survivor of a bear attack, starts to resemble a bear himself. He drapes a bearskin over himself. He wears the slain bear’s claws around his neck in a necklace. He even starts speaking in grunts, as if the wilderness had removed from his mind the last vestiges of human speech. As in The Wolf of Wall Street, DiCaprio’s physical commitment to the role is astonishing. Dragging himself along the snowy ground, grimacing in more ways than you’d think possible, it’s more endurance test than performance, but that’s true of the film as well.

The Revenant might be crazy, but it’s the right kind of crazy. Everything plays out at a feverish level of intensity; by the time Glass has pulled out a dead horse’s innards and crawled inside it to sleep, you’re tempted to applaud this as mere good sense. The long, brutal takes—so breath-taking, yet so boastful, in Iñárritu’s last film, Birdman—seem to heighten the surreal nature of the action, in much the same way as Sergey Urusevsky’s camera brought an unbroken intensity to the snow-bound 1959 film Letter Never Sent. In between all the weaving and ducking, cinematographer Emmanuel Lubezki, Oscar-winner in 2014 and 2015 and well on course for another, takes us so close to the characters that their breath occasionally fogs the lens.

With only a couple of days left for the Oscars, the battle for Best Picture would appear to be between Spotlight, the very model of restraint, and The Revenant, which wouldn’t know restraint if you served it on a plate with bison liver. Even if Spotlight does win, it’s Iñárritu’s more intensely cinematic vision that will likely be remembered 10 years down the line. Maybe it will find itself grouped with Erich von Stroheim’s Greed, John Huston’s The Treasure of Sierra Madre, Werner Herzog’s Aguirre, the Wrath of God, and Mel Gibson’s Apocalypto; films about man’s inhumanity to man in the face of the unforgiving elements. Like these films, The Revenant refuses to draw clear-cut lines between the actions of protagonists and antagonists. Late in the film, Glass comes across a lynched Pawnee with a sign hanging from his body. “On est tous des sauvages,” it reads. We are all savages.

This review appeared in Mint.
Posted by a fan apart at 1:06 AM