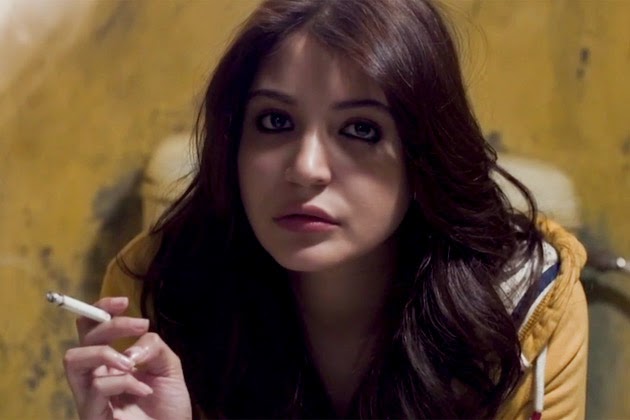 Have we entered Bollywood’s long dark night of the soul? First there was Ugly, as miserable and cruel as any Hindi film in recent memory. A few months later there was Badlapur, the bleakness of which was only partly alleviated by the generosity of its parting gesture. And now, fresh from a close shave with the censors (there were nine nicks), comes Navdeep Singh’s NH10, a film that will put you off highway driving, helping strangers and visiting Haryana.

“This city is a growing child. He’s liable to jump at times,” a Gurgaon police officer tells Meera (Anushka Sharma) and Arjun (Neil Bhoopalam) when they go to report a barely averted attack on her car when she’s driving from a party alone at night. This statement is a warning shot: If the city’s like this, imagine what the country will be like. Arjun, possibly out of guilt for not being there with his wife when the incident took place, books a private villa for the two of them. They set off on National Highway 10, which runs from New Delhi to Punjab, and passes through Haryana. A while later, they make a pit stop, and we’re handed a second warning sign. Meera sees the word “whore” scrawled in Hindi on the restroom door. She attempts to erase it—the smallest instance of city dwellers trying to change the natural order of things. The same word will return later in the film, by which time all illusions of law, order and decency would have been lost.

As the couple are about to set off, they see a girl who had tearfully approached Meera earlier, being dragged off by a group of men. Arjun tries to talk to the man clutching her hair and is told that she’s his sister; he persists and is slapped. Later, he sees the SUV they drove off in on the highway and follows them, despite Meera’s protestations. By the time he realizes that these are extremely dangerous men, they’ve witnessed a double murder and inadvertently caused one themselves. Soon, they’re on the run, lost somewhere in the desert scrub off NH10, hunted by individuals who have no fear of the law and no care for anything except some vague idea of “honour” and “duty”.

What makes NH10 more than just an unrelentingly tense thriller—though that would be enough—is the way Singh keeps bringing everything back to the idea of deeply ingrained patriarchy. Everything that goes wrong in the film stems from this: Arjun’s hurt pride; the honour killing of the sister and her lover; even offhand comments about skewed sex ratios (and lest we dismiss sexism as a “rural issue”, there’s an early scene in which Meera is at the receiving end of snide comments at work). By rooting the film in the kind of reality that Bollywood would normally pay not to have on screen, Singh creates the scariest sort of horror film: the kind you can imagine yourself being involved in. Open your eyes, NH10 seems to say. This is your country. This could be your nightmare.

The violence which almost caused the censors to ban the film is still there, and very disturbing indeed. Yet, it doesn’t feel like a put-on. There’s no flamboyance to it; it isn’t movie violence—which is why I have a small issue (oblique, spoiler) with the last-gasp attempt to feed the audience’s need for retribution. It may have been dramatically necessary—every nerve in my body was crying out for it—but it was also slightly implausible. Still, this is a minor quibble. Seven and a half years ago, Singh directed his first film, the excellent Chinatown remake Manorama Six Feet Under. Since then, he hasn’t had a single release. All the more impressive then, that his return is with a film this uncompromised and unsparing. All that’s left to do is praise the cast: Bhoopalam as Arjun; Darshan Kumaar as the leader of the thugs; Deepti Naval, playing against type in a cameo; and most of all Sharma, who holds everything together even as she threatens to fall apart.

This review appeared in Mint.
Posted by a fan apart at 11:51 PM