Drinking Buddies is like a homemade quilt – colourful, patchy and warm. It’s sews together disparate genres: spiky Hollywood romantic comedy, new-age sitcom, relationship drama. Its director Joe Swanberg, one of the spearheads of the mumblecore movement, a sub-genre of American indie cinema that puts its faith in low budgets and natural-sounding dialogue, is known for intense character dramas like Kissing on the Mouth and Alexander the Last. By contrast, Drinking Buddies is relaxed, low-key and, even when it’s raising the emotional stakes, winsome.

The first surprising thing about Drinking Buddies is that Olivia Wilde (“13” from House M.D.) is playing the sort of role that usually goes to a male actor. Kate spends her days working at a hip Chicago brewery and generally being one of the boys. She’s schlumpy and messy, and doesn’t seem to have (or feel the need for) a life plan. Her relationship with a slightly older man, Chris (Ron Livingston), isn’t quite working out, and it’s obvious that she feels more of a connection with her co-worker Jake (Luke Johnson; Nick from New Girl). 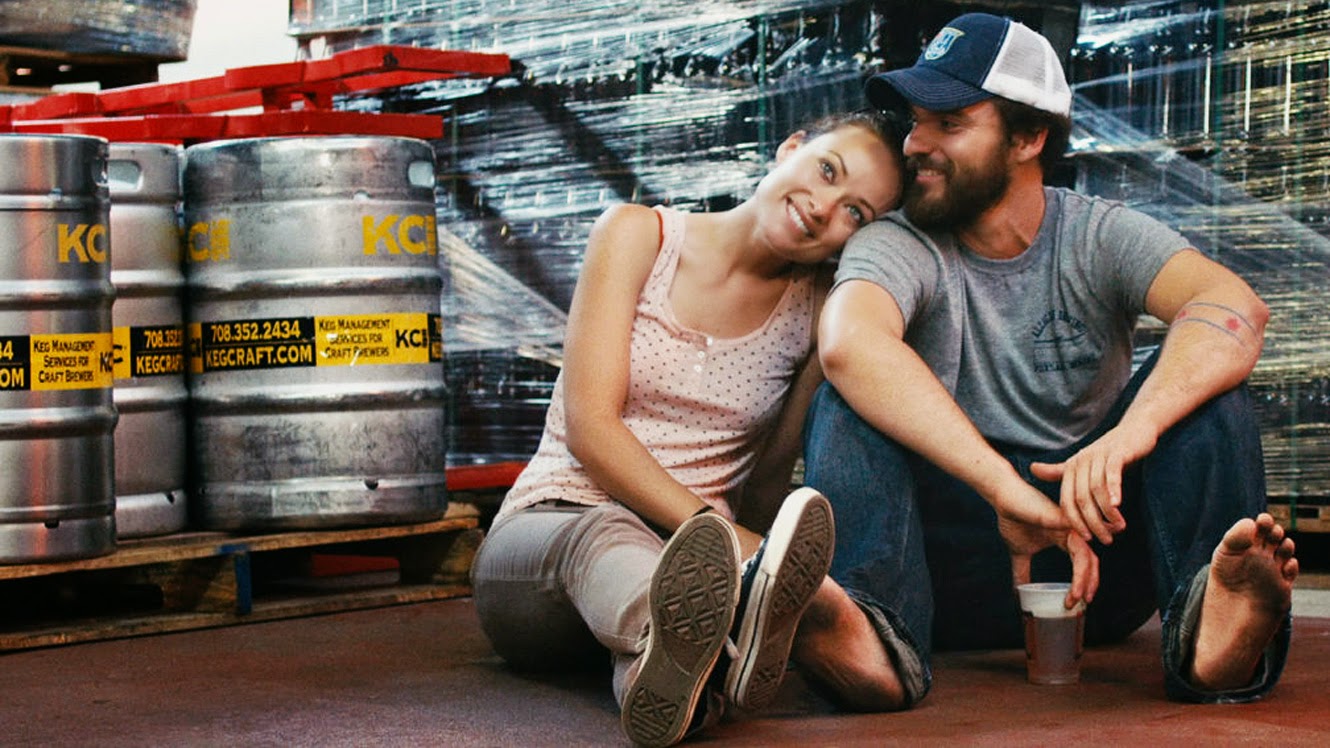 When Chris invites Jake and his girlfriend Jill (Anna Kendrick) to join them at his forest retreat, things begin to unravel. Chris and Jill share a romantic moment, the awkwardness of which is underlined by the relaxed, bantering chemistry between Jake and Kate. This leads to friction in both the relationships, and forces Jake and Kate to confront their attraction to each other. Swanberg asked his actors to improvise all their scenes, an approach that can often end up mired in pretension. In Drinking Buddies, however, this fly-by-the-seat approach ends up producing moments that are both hilarious and uncomfortably real. Small actions are accorded their due emotional significance – two very different scenes, for instance, are capped by a kiss on the forehead.

This DVD comes with a host of special features. The cast and crew interviews can probably be skipped, but the deleted scenes are interesting for the simple reason that, in a film as casually mounted as this one, there’s very little difference between an outtake and whatever’s left in the final cut (this gap is where Swanberg operates). There’s also a look at Revolutionary Brewing, the Chicago establishment where the film was shot, and a breezy audio commentary with the director and producers that sheds welcome light on the limitations and freedoms of indie filmmaking in the States.