In the '90s, after the long reign of the Angry Young Man and a brief, intense flirtation with parallel cinema, Bollywood went back to being the valium of the masses. With one eye on the emerging NRI market, cinema became a delivery device for family values and nostalgic patriotism. Four of the 10 top-grossing films in 1998 were romantic comedies; three of these had the word ‘pyaar’ in their titles. The top earner was Kuch Kuch Hota Hai, which repackaged India as an Archie’s comic. (In second place was Bade Miya Chote Miya, which had half of KKHH’s earnings – and pretensions.) Soldier, Major Saab, Bandhan – tremendous wastes of celluloid all – were among the top ten that year.
It’s a wonder number 13 got noticed at all. Had Satya released today, it would have fit right in with the Twitter-happy ‘hindie’ crowd. Back then, however, this bastard child of Govind Nihalani and Martin Scorsese must have come as a rude shock to the Bollywood system (not least because it candidly dishes on the underworld-film industry nexus). 1998 was the year of monumental upheavals like the Pokhran blasts and Sachin’s twin innings at Sharjah. Satya was an event of similar import. Along with Dil Chahta Hai, it was to become the most influential Hindi film of the next 15 years. It is also the towering achievement in director Ram Gopal Varma’s conundrum of a career.
Whatever you might consider him now, RGV in those days used to be a filmmaker. Starting in 1989, he churned out – as he still does – a film a year. Some of his early experiments were fascinating; especially Siva, his debut, and the slick horror film Raat. In 1995, he made a huge splash with the sensual, freewheeling Rangeela. A year passed, then two. News trickled out that he was making a gangster film.
In a December 1997 article on Rediff.com, with Satya still to be released, Varma is quoted as saying “I want to portray stark reality, as Shekhar Kapur did in Bandit Queen.” Though Satya might appear to have more in common with films like Parinda, Deewar and Nayakan, this mention of Kapur’s 1994 film is significant. One could make the case that Varma took Bandit Queen’s (and Salaam Bombay’s) gritty storytelling style and expletive-heavy dialogue and ran with them as far as mainstream cinema would allow at the time. Three key roles in Satya went the way of Bandit Queen cast members: Manoj Bajpayee as Bhiku Mhatre, Govind Namdeo as Bhau Thakurdas Jhawle and Saurabh Shukla as Kallu Mama. 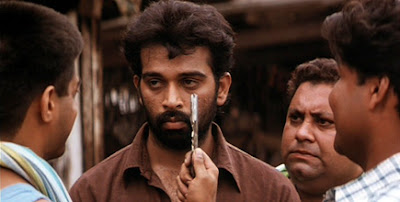 Kapur certainly thought of his film as a spiritual ancestor of Satya and the left-of-mainstream cinema it spawned. “Let’s put it this way,” he said in an interview, “if there was no Bandit Queen, there wouldn’t be Satya and if there wasn’t Satya, there wouldn’t be Anurag and Manoj.” It’s true that many people first heard of Anurag Kashyap after his screenplay for Varma’s film. Vishal Bhardwaj, Satya’s music composer, might well have been taking mental notes for his own directorial ventures. Actors like Makrand Deshpande and Sanjay Misra got their first major exposure with this. As for Bajpayee, his turn as Bhiku Mhatre, charismatic mid-level don and mentor to JD Chakravarthy’s sedate Satya, brought him a couple of years of stardom, before the industry stopped pretending it cared about character actors. (Interestingly, it was Satya alumnus Kashyap who gave Bajpayee’s career a second wind with last year’s Gangs of Wasseypur.)
In gangster film terms, Satya is more Goodfellas than Godfather, concerned with foot soldiers rather than generals. (Varma would later attempt a Godfather remake with the overrated Sarkar.) And like its illustrious forebears, Satya has gone on to redefine the organised crime genre in Indian film. Mhatre was a new kind of anti-hero, gleefully amoral, a Vijay Verma without a hard-luck story. The film’s simultaneously slick and gritty look is still being imitated – not least by Varma himself. Danny Boyle reportedly watched the film while prepping for Slumdog Millionaire; he also cast Saurabh Shukla as a cop with a very thuggish outlook. And, of course, every subsequent Hindi film about the Mumbai underworld, from Vaastav to Black Friday to Shootout at Lokhandwala, would be made in Satya’s shade. Varma himself revisited the genre; triumphantly in Company, and with diminishing returns in Shiva and D (which he produced). 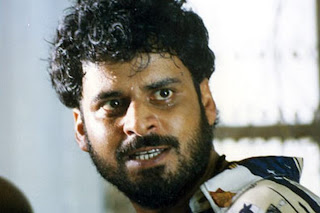 Even after 15 years, Satya has dated very little. What has changed, however, is the perception of Varma as Indian cinema’s golden boy. Still, even his critics would do well to remember what Citizen Kane’s director Orson Welles said in response to a remark about Greta Garbo only being in a couple of good movies: “Well, you only need one.” Varma might not have fulfilled everyone’s expectations, but he made Satya, and Indian cinema will forever be indebted to him for this.


A slightly truncated version of this piece appeared in GQ's September issue.
Posted by a fan apart at 8:17 AM