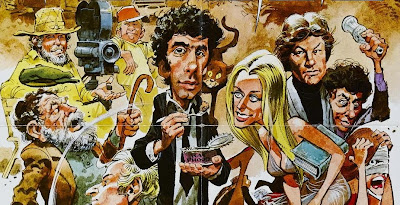 Whoever thought of getting Leigh Brackett to write The Long Goodbye (she was attached to the project before director Robert Altman) must have been hoping for a repeat of the screwball hi-jinks of The Big Sleep. Brackett had written the screenplay for Howard Hawks’ 1949 classic, which – like The Long Goodbye – was based on a Raymond Chandler detective novel. Yet, while Altman and Hawks saw the funny side of Chandler and his self-defeating but very quotable private eye Phillip Marlowe, the two films are very different in tone. The Big Sleep is the funniest of film noirs, The Long Goodbye a hip, melancholy shaggy dog story.

Elliot Gould, a graceful, shambolic presence in American fringe cinema of the ‘70s, plays Marlowe, a role immortalised by Humphrey Bogart in Hawks’ film. The plot is the usual Chandlerian yarn about Marlowe getting a case, poking his nose where it doesn’t belong, getting beaten up for his trouble, and still persisting. Altman takes this structure and, quite lovingly, satirises it. The Chandler novels and the earlier film adaptations were set in the 1940s, an era when the idea of a private eye as a modern-day knight was tenable, if not quite believable. But in 1970s, which is when Altaman’s film is set, Marlowe is an anachronism, and a bit of a joke. You can see it in the ruefulness that lurks behind Gould’s wisecracks. 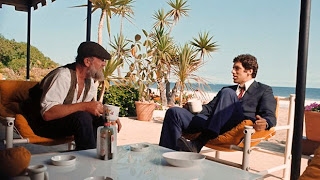 Altman, as he so often does, scatters classic moments about casually – like the sequence when Gould is trying to fool his cat into thinking his favourite brand of pet food is being served. Sterling Hayden, drunk, bearded and imposing at six feet five inches, plays a Hemmingway-esque author. There’s a cameo by one Ken Sansom, rightly disappointed when his Walter Brennan impression isn’t appreciated. And audiences today will recognise a muscle-bound individual who turns up as an uncredited henchman for a few seconds. Who’d have thought, 30 years later, that this man would be governor of California and Gould would be known only as Ross and Monica’s dad from Friends? It’s an irony Marlowe would have appreciated.