Screwball, a genre of comedy whose heyday is long past, has the following dictionary definition: “A movie featuring the amusing antics of appealing characters in a glamorous world”. Miss Pettigrew lives for a day is definitely screwball. The question is if it’s a comedy.

This film, set in 1940’s London, is directed by Bharat Nalluri, who is, as the DVD cover screams, a debutant Indian-origin director (which other country would write something like that?). Miss Pettigrew, played by Frances McDormand (Oscar winner for Fargo) is down on her luck, having been dismissed from a series of babysitting jobs, when she runs into ditzy socialite Delysia Lafosse (Amy Adams). Delysia, who is juggling the affections of multiple suitors, hires Pettigrew as her “social secretary”. There’s a pro-forma Pretty Woman moment with the “transformation” of Pettigrew, after which the film devotes itself to picking an appropriate suitor for both the women.

Nalluri gets the frantic pace of screwball spot on, but the writing, courtesy Simon Beaufoy and David Magee, isn’t a patch on Ben Hecht or Preston Strurges, to name just two of the many writers who churned out comic gems in the ’30s and ’40s. The absence of genuinely witty writing means that the actors are exposed. Amy Adams boldly goes over the top, and misses. McDormand is grim for the most part, though she lets a shy smile radiate in her scenes with Ciarán Hinds, who is excellent as a designer who falls in love with her. In the end, though all the rushing around isn’t unentertaining, this movie is best when it pauses for breath. 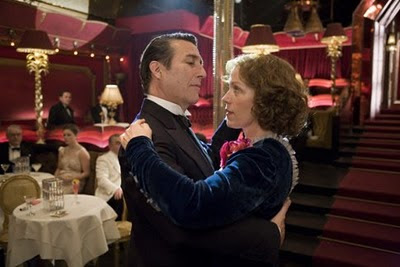