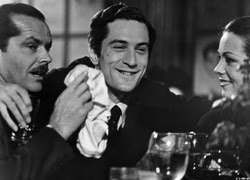 When The Last Tycoon released in 1976, people must have expected the world from it. For one, it starred Robert DeNiro, who was then coming off a golden run that included Taxi Driver, Godfather II and 1900. The director was the legendary Elia Kazan, by then on the verge of retirement, coaxed back by producer Sam Spiegel, with whom he had made On the Waterfront. Add to that half a dozen star cameos, music by Maurice Jarre and a screenplay by Harold Pinter, and what do you get? A box-office disaster and a puzzling artifact for future generations of cinephiles.

Based on an unfinished novel by F Scott Fitzgerald, The Last Tycoon is a thinly veiled portrait of Irving Thalberg, one of Hollywood’s legendary studio heads. Dubbed the “boy wonder” for his ability to match the right director with script and cast, he was also the object of considerable jealousy. DeNiro reins himself in as Monroe Stahr, a studio head whose ability to rake in the profits is at odds with his desire to make “quality pictures”. Kazan recreates the big-studio era in sure, swift strokes, and the early scenes are as incisive as anything in The Player or Wag the Dog. Things slow down however, and stay that way, with the introduction of Stahr’s love interest, played uneasily by fledgling actress Ingrid Boulting. Her screen time with DeNiro generates few sparks, and we’re left wondering what Anjelica Huston, seen here in a brief cameo, might have done with the role.

Alternating between turgid love scenes and biting satire, Kazan manages to keep the audience interested without really satisfying them. In such a situation, one’s attention is likely to be diverted by the sight of three different Hollywood generations interacting on screen. Tony Curtis and Jeanne Moreau turn in excellent cameos as aging, insecure stars; Ray Milland, Dana Andrews and Robert Mitchum also appear. Jack Nicholson sneers his way through a memorable bit role as a suspected red, a subject very close to Kazan’s heart (he infamously “named names” during the McCarthy investigations). In the end though, we’re left with the feeling that this movie might have benefitted if its subject had cast a cool, appraising eye over it and said “If you cut twenty minutes out, you’d have a great movie here.”