Daughters of the Dust: Film as folk art 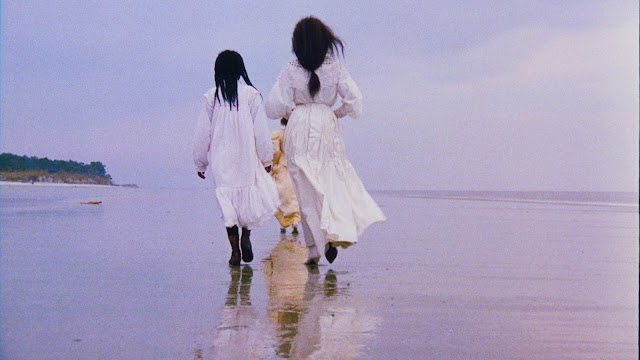 One happy by-product of Beyoncé’s Lemonade becoming a big enough cultural talking point is that film critics ended up reviewing the “visual album” accompanying the record. A couple of them saw the images of black women in flowing white dresses on a beach and recalled an acclaimed but little-seen film from 1991. Julie Dash’s Daughters Of The Dust was the first feature by an African-American woman to be theatrically released in the US, but over the years it had become little more than a bucket-list item for historically minded cinephiles. Then came Queen Bey’s nod, which spurred plans for restoration and re-release. Earlier this month, it appeared on Netflix.

If you’re a film fan, this unexpected access to Dash’s film should be cause for celebration. Daughters Of The Dust is more than a fiercely unique blend of indigenous tradition and film technique. Released at the same time as Richard Linklater’s Slacker, and a year before Quentin Tarantino’s Reservoir Dogs, it seems today to point to a path that American indie cinema never took: film as folk art.

By setting Daughters in 1902, among the Gullah people of St Simons Island, off the South Carolina-Georgia coast, Dash (whose father was Gullah) offers that rarity—an American film that’s entirely about black lives and culture. The film shows the Pazant family (and, by extension, the Gullah) at a symbolic crossroads: Many of them are leaving home and heading north, which leads to arguments over whether they’ll be able to preserve their way of life away from the island. This was a community cut off from the mainland, which meant that they had retained, at the turn of the 20th century, some of the African traditions they brought over when they came to the US as slaves. The film begins with Islamic prayer, there’s a Cherokee character, several different Creole accents, but not a single white face (and few male characters). This would be radical in 2017, so you can imagine why many found the film “difficult” in 1991.

To be fair, there are other reasons why this isn’t the easiest film to grasp. The viewer must contend not only with the thick accents (turn subtitles on if you’re at sea) but with Dash’s elliptical, startlingly lyrical style. Like the Brazilian Glauber Rocha with Entranced Earth, or early Marathi directors like Fattelal-Damle or Dadasaheb Phalke, she uses the tricks of cinema—superimposition, speeding up and slowing down scenes—to suggest more ancient forms of magic. One could read in the flat voice-over and the unhurried beauty the influence of Terrence Malick; then again, it’s difficult not to see shades of Daughters in mystical, nature-worshipping Malick films like The Thin Red Line and The New World.

It’s tempting to assume that had this film released today, it would be recognized as the masterpiece it is. But this is hardly a given: It took a nudge from one of the most recognizable women in the world for people to seek it out. Nevertheless, it’s out now, and ready for its close-up.

This piece appeared in Mint Lounge.
Posted by a fan apart at 3:18 AM