The serious business of sleep 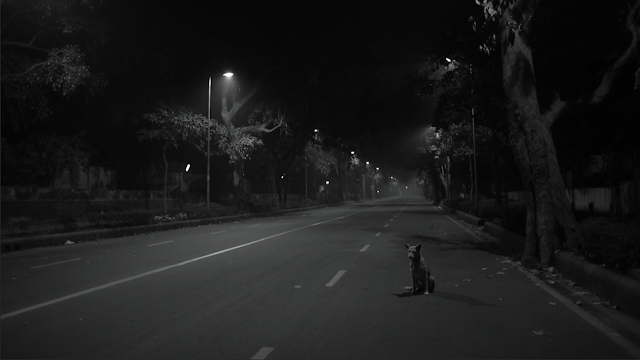 “Have you ever wondered why people sleep on dividers during summers?”

Shaunak Sen’s Cities of Sleep opens with this conversation-stopper. The answer—that gusts of wind from passing vehicles keep the mosquitos at bay—is both reasonable and mind-bogglingly surreal, a combination which recurs time and again in Sen’s film about the unofficial sleep shelters of Delhi. The 75-minute documentary, which will premiere at the Mumbai Film Festival starting next week, is the Delhi-based video artiste and PhD student’s first feature-length effort.

Sen became increasingly interested in the social and political ramifications of sleep while doing his PhD in cinema studies from Delhi’s Jawaharlal Nehru University. His starting point was French philosopher Jacques Rancière’s Nights Of Labor: The Workers’ Dream In Nineteenth-Century France, which re-examines the 1830 Revolution through close readings of worker diaries, newspapers and poetry. “When I first read it, I was very interested in just thinking about the night, and the kind of pressure sleep exerts within urban spaces,” Sen says over the phone from Delhi. “That was the initial hunch. On the basis of this, I started going to night shelters, trying to figure out the landscape of sleeping structures in Delhi.” 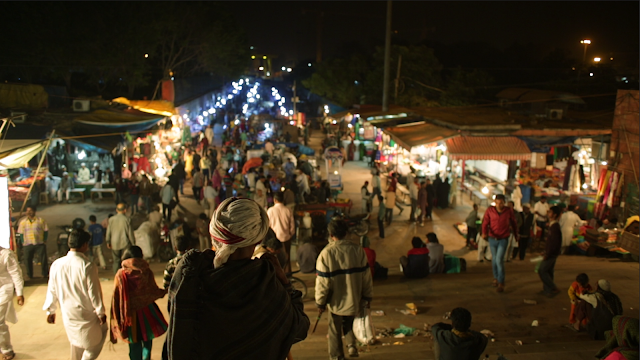 When he began in mid-2013, Sen visited the official shelters run by non-governmental organizations. However, he soon became aware of the informal structures—the “cities of sleep” of the title— which cater to the many who cannot be accommodated by the government-sanctioned rain baseras. “The city is almost partitioned into different types of sleep units in the night, especially in the central and Old Delhi areas, where there’s a huge population of daily-wage migrant labour,” says Sen. “Because these people obviously need to sleep, different kinds of industries spring up every night. Some of them have existed for many years and have become like well-oiled machinery.”

The first shelter we see is one of the well-oiled ones—Jamal bhai’s, in Meena Bazaar, Old Delhi. Thousands sleep here every night on cots rented from him. Jamal comes across as a hard-nosed businessman, insisting on payment—or, in a disquieting scene, a musical performance—before allowing someone to sleep in his area. One man asks him for a cot, says he’s poor and will die. “No, you can’t die here,” Jamal deadpans immediately. “That’ll cost me 1,250 bucks.” 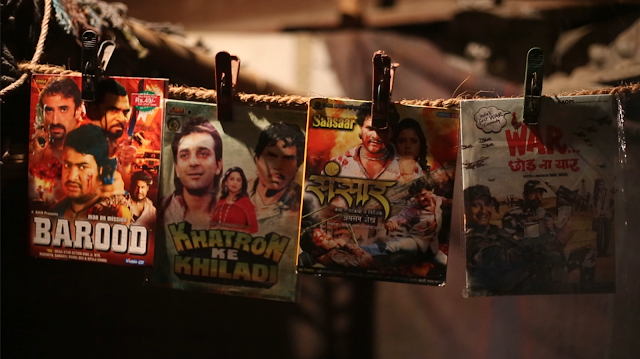 At the other end of the sleep spectrum is the video house run by Ranjeet near Loha Pul (the local term for the old two-tiered Yamuna Railway Bridge). Here, people can watch up to three films—or, alternatively, tune out the noise and sleep for 6 hours—for just Rs 10. This unusual set-up is made even more fascinating by the steady stream of philosophy that keeps issuing from Ranjeet, a former rickshaw-puller: pronouncements that range from Sun Tzu-like aphorisms (“If you want to seize control over someone, never let him sleep”) to lines that are some sort of rough poetry (“We ingest the night”). Sen describes Ranjeet’s operation as almost a “commune”; and there is a hippie-ish quality to his shelter, especially when compared to the pragmatic capitalism of Jamal’s area.

Cities Of Sleep could easily have been built around Ranjeet, but Sen had already found himself an even more striking central subject—a shifty wanderer called Shakeel. Sen and his collaborators—associate director Aman Mann, assistant director Sunderram Arjun and co-cinematographer Salim Khan (Sen was the other director of photography)—came across him at Jamal’s camp. Shakeel kept approaching them, insisting that only he could give them the low-down on the night-shelter scene. Eventually, Sen interviewed him and noticed something unusual: Shakeel kept changing the details in his stories. Only one thing remained constant: his obsession with where he would sleep. “His life seemed to be so dependent on different sleep decisions,” Sen says. “It was such a central, dominating narrative over his life that he was the perfect navigating agent for a film about the pressures that sleep exerts.”

Shakeel’s shape-shifting ways become apparent as the film goes on; there’s a revelation about his name that lands like a ton of bricks. He’s an unreliable narrator, and an unlikeable one: The scene where he talks about beating his wife is disturbing not just because of the violence being described but also because he’s seemingly unconcerned about the camera recording what he’s saying. He wanders in and out of the film, an irritable, wheedling malcontent in perpetual search of a good night’s rest, the physical opposite of Ranjeet’s intermittent Zen-like voice-over.

Sen said he can’t stand the sort of documentary film-making that uses close shots of subjects to invoke “empathetic suffering”. “As a political decision, we decided we wouldn’t shoot a single close-up,” he says. That decision was suspended for the scene when Shakeel breaks down in front of his father—the one moment Sen felt his subject was being genuine. The film ends with him convincing the proprietor of a children’s shelter to allow him to spend the night. Seeing him slumped in a chair, lost to the world, I was reminded of something Ranjeet had said earlier in the film: “Poverty means that you can’t choose what wears you down. All that’s left up to you is how many hours you will sleep.” A singular statement, and a singular film about the people who live out its implications.

This piece appeared in Mint Lounge.
Posted by a fan apart at 4:19 AM