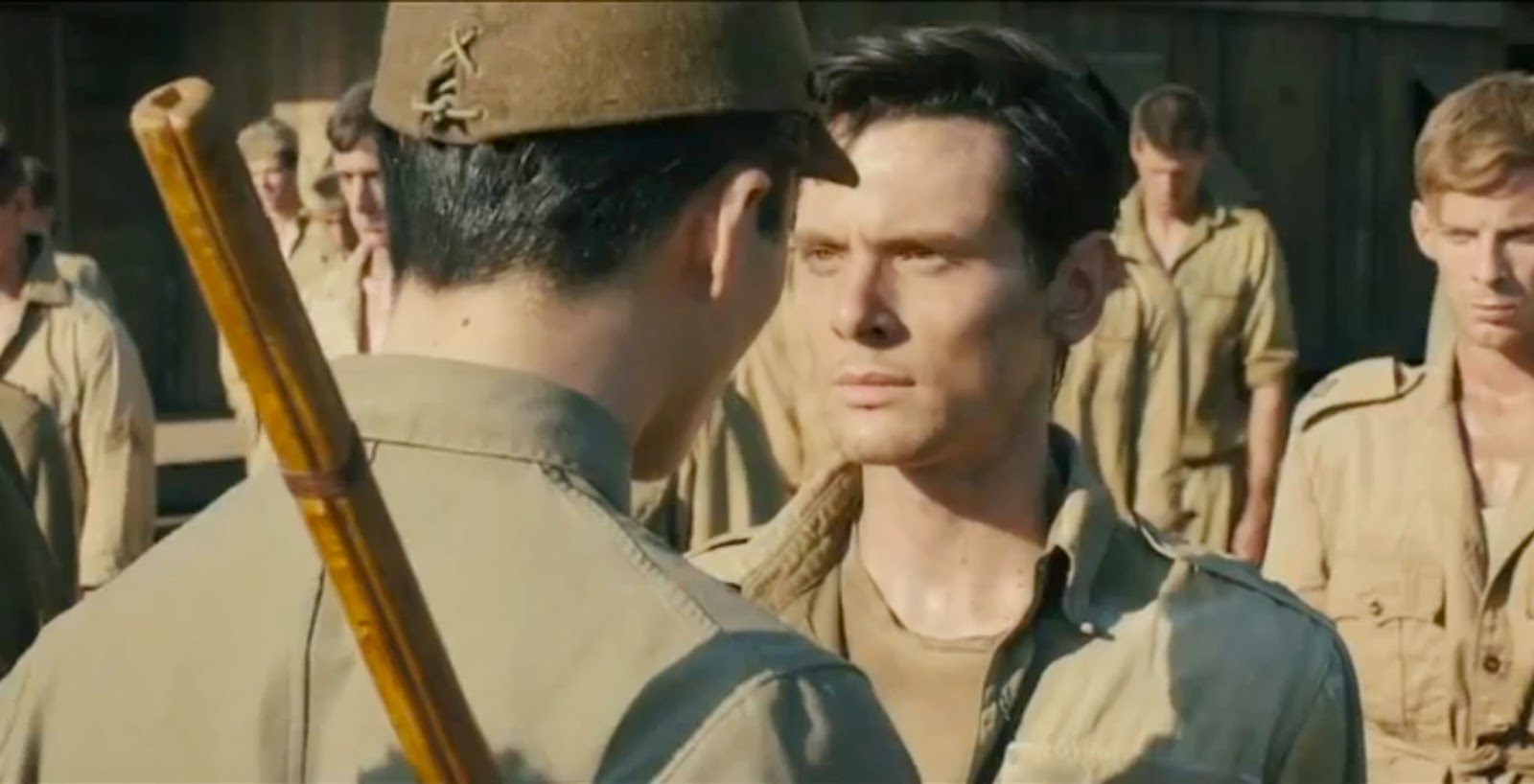 Unbroken opens high up in the sky. At first, all we see are clouds and the distant horizon. Then, we begin to make out a bomber plane flying slowly towards us. Almost immediately, a dozen or so more planes materialise. Though there are no opening credits, it's no surprise to learn that the architect of this lovely shot is the great Roger Deakins. What is more surprising is that two of the four writers on this film are his most frequent collaborators, the Coen brothers. It's difficult to imagine the misanthropic, sardonic brothers penning this ode to the triumph of the spirit.

One of the planes in the opening fleet has a bombardier named Louis Zamperini (Jack O'Connell). En route to a tricky landing after their plane is attacked – a sequence which second-time director Jolie handles admirably – we're whisked into an extended flashback. We see Louis as a scrawny American school kid who's picked on because of his Italian ancestry. His life changes when his brother recognises his talent for track and field. After some pro-forma training sequences, we switch back to the older Louis, off to represent America in the 5000 metres at the Olympics. "A moment of pain is worth a lifetime of glory," his brother says as he's leaving. What follows seems like a brief moment of glory and a lifetime of pain.

Sent on another mission over Japanese waters, Louis and his fellow airmen crash land in the sea after one of the plane's engines fails. Three of them – Louis, Mac (Finn Wittrock) and Phil (Domhnall Gleeson) survive – and float around on lifeboats for 47 days, fighting off sharks, hunger, thirst and delirium. It's a harrowing passage, lasting for what seems like half an hour, and it's almost a relief when Louis and Phil (Mac succumbs on day 33) finally float into the hands of the Japanese. Unfortunately, our hero's troubles are nowhere near ending.

We know, from half a century of Hollywood films, if nothing else, that Japanese POW camps were hell. Yet, I see no reason to believe why camps anywhere else in the world would be much nicer. The cultural hegemony of Hollywood has drilled the image of the sadistic "Jap" into our heads. Jolie perpetuates this stereotype by introducing a guard named Mutsuhiro "The Bird" Watanabe, an antagonist so brutal that after a while, the viewer is numb to the pain and hoping the same for Louis. Watanabe, played by the baby-faced Japanese pop star Miyavi, subjects Louis to unbearable levels of physical punishment. In one scene, he forces the emaciated prisoner to lift a huge boulder above his head. The way the scene is framed, Jolie is clearly trying to conjure an image of Christ on the cross. But if Louis is Jesus, whose sins is he suffering for?

During the flashback, there's a brief recreation of the 1936 Berlin Olympics, the one held under Nazi rule. Jolie must have enjoyed paying tribute to Leni Riefenstahl, arguably the first great female director, whose Olympia documented these very games. I'd argue that Jolie's own approach in the second half of this film borders on a kind of fascism. By presenting the Japanese as unrelentingly evil and sadistic – less than human – and the Allied prisoners as loyal, polite and brave, she's essentially saying, this is why we had to drop the bomb on them. (There's a brief disclaimer at the end, saying Louis preferred forgiveness to revenge, but it's too late by then.)

Unbroken marks the start of Oscar release season here in India – and it's certainly an Academy-friendly film. One wishes it were a little bit black and white in in characterisation, and a little more willing to play around with its source material, Laura Hillenbrand's Unbroken: A World War II Story of Survival, Resilience, and Redemption. None of the film's faults, however, can diminish the considerable screen presence of the young British actor Jack O'Connell, who gives Zamperini a doggedness and enthusiasm that audiences will have no difficult in rooting for. Let's hope they don't put him in a superhero movie next.
Posted by a fan apart at 12:27 AM