By 1980, Woody Allen had already made Bananas, Sleeper, Love and Death and Annie Hall, and through them established a comic persona that was identifiably and uniquely his. In 1979, he made Manhattan, his love poem to New York. Then, a year later, he pulled the rug out from under everyone’s feet with Stardust Memories, a vitriolic comedy about the utter difficulty of being a celebrity that riffed on Fellini’s 8½. Allen played a seeming self-portrait called Sandy Bates. Sandy is a neurotic director of comedies whose every joke is analysed, and who keeps getting asked why he doesn’t make them like his early, funny ones anymore (Allen had directed the Bergamanesque Interiors in 1978). He ping-pongs from girlfriend to crush to meaningless fling, the memory of his troubled former lover haunting him all the while. 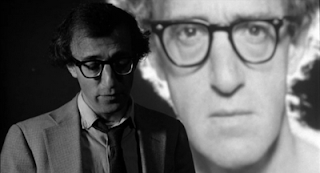 Stardust Memories is funny, but it isn’t much fun. The jokes keep coming, each more sour and sarcastic than the next. No one is spared – the greedy, grabbing public, the supercilious critics, even Sandy/Woody himself. Everyone assumed Allen was drawing from his own experiences, though the director denied this in later interviews. In either case, explorations into the nature of celebrity have been a recurring theme of Allen’s films since then. This includes his most recent release, To Rome with Love, which has a lot in common with Stardust Memories. The phrase “Ozymandias melancholia” is spoken in both, and Ellen Page’s Monica is a close cousin of Jessica Harper’s Daisy. Both are sharply satirical of fame and its attendant vulgarities, though To Rome with Love does with a wry smile what Stardust Memories does with a sneer. 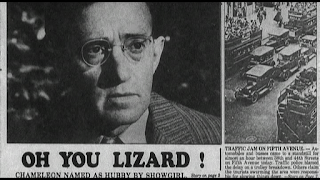 After Stardust Memories, Allen began work on a film called Zelig. Once again, the subject was the slippery nature of celebrity and public expectations. This time, however, instead of using a framework that could be interpreted as autobiographical, Allen structured his film as a mockumentary. He played Leonard Zelig, a Jazz-era human chameleon who assumes the personality of whoever he’s with. This makes him a huge sensation, but what price fame, Allen asks, if you’re not really your own person? Allen inserted shots of himself into footage from the 1920s; we see Zelig on the field with Babe Ruth, and sitting behind Hitler during a rally. It’s a witty, elusive film, unlike anything else directed by Allen. It was very well-received upon its release in 1983, and Allen liked the idea of disappearing into the 1920s so much, he returned to the theme in 2011’s Midnight in Paris.
Posted by a fan apart at 3:11 AM