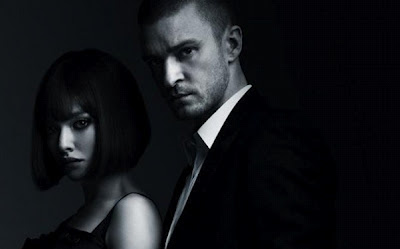 In Time is mildly gripping, and Timberlake can evidently carry a film by himself, but it also takes its ludicrous premise way too seriously. We’re repeatedly told that the rich keep time for themselves by raising the cost of living, and are expected to cheer when Salas and Sylvia become a Bonnie and Clyde-like couple, stealing time and giving it to those in need. We’d rather just watch them run from time-keeper Cillian Murphy, or play “Who’s the best-looking member of a cast that includes Amanda Seyfried, Alex Pettyfer, Olivia Wilde and Matt Bomer?”. The DVD includes a couple of deleted scenes, but we wouldn’t encourage you giving up hours of your life in exchange for this.
A version of this piece appeared in Time Out Delhi.
Posted by a fan apart at 2:43 AM