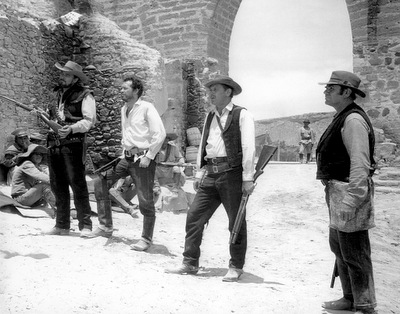 2. The Treasure of Sierra Madre haunts it

4. Peckinpah was as wild as any of those guys onscreen

6. How in the world did he film that bridge collapsing?

7. Robert Ryan is so crazy he had to die within the first twenty minutes

8. Warren Oates being denied the bottle