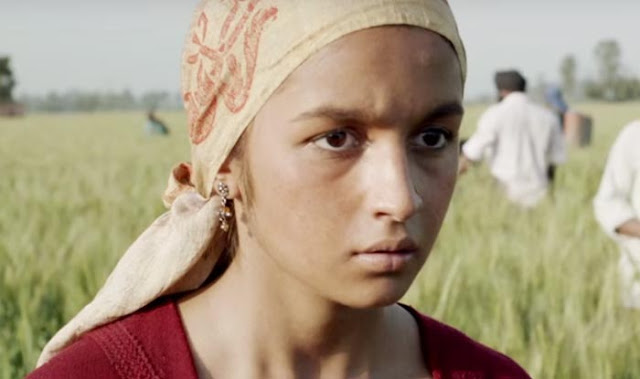 Udta Punjab glamorizes drugs about as much as Saving Private Ryan glamorizes war. Every conceivable negative outcome of drug addiction is laid out in the plainest possible terms: penury, familial divide, self-abasement, violence, apathy. Here’s another thing: those obligatory shots of smoke being luxuriously exhaled, or a junkie’s face subsumed with ecstasy as the needle enters their arm? I can hardly remember any.

Even in an anti-drug film, it’s easy for a director to justify a couple of flashy scenes like these—he can simply say he’s attempting to show how seductive drugs can be. But Abhishek Chaubey, director of Udta Punjab, isn’t interested in making things easy or pretty. In scene after scene, the film shows how the state of Punjab has been crippled by heroin, smack, cocktail drugs and chitta—Punjabi for “white”—shorthand for cocaine. As the opening song, "Chitta Ve", plays, we move from the stage it’s being performed on to fancy nightclubs where lines of coke are being snorted to addicts in run-down huts. Five minutes in, the whole of Punjab is flying high, and falling fast.

Much like Steven Soderbergh’s Traffic did all those years ago, Udta Punjab uses overlapping individual narratives to illuminate various facets of the drug problem. There’s Tommy Singh (Shahid Kapoor), a popular singer and junkie whose image is built around macho posturing, drugs and partying, like a lot of the hard-edged Punjabi pop out there. There’s the unnamed labourer from Haryana—poetically linked to the lost girl in the Shiv Kumar Batalvi poem Ik Kudi Jida Naam Mohabbat—played by Alia Bhatt, who finds 3kg of heroin in a field, tries to sell it and is soon in over her head. Through some stunning associative editing, Chaubey indicates that these two are somehow linked much before their stories actually intertwine.

The other major characters are brought together in more straightforward fashion. Sartaj (Diljit Dosanjh) is a mid-level police officer, who, like all his colleagues, is happy to allow drugs to circulate in his area (his cut is Rs.10,000 a month). But when his younger brother overdoses, Sartaj’s path crosses that of Preet (Kareena Kapoor Khan), a doctor who runs a rehab facility. After Preet chides the policeman for turning a blind eye to the problem, the two of them team up and try to find the link between local politicians, suppliers and dealers. From a logic standpoint, their fact-finding expedition is a little wishful, but it supplies one of the film’s few moments of beauty, as the shy Sartaj, emboldened by a drug he has been stabbed with, asks Preet out on a date.

Chaubey and co-screenwriter Sudip Sharma move these four characters and a host of minor ones around like chess pieces, some of them running defence, others making sudden attacks. That the writing is profane is common knowledge after the censor troubles of the past few weeks, but the harshness of speech makes perfect sense, for this is a harsh film. In prison, Tommy comes across two fans of his. They rap a few lines from his first hit track, tell Tommy they idolize him, then reveal that they’re in jail for killing their mother. After a scene like this, it’s difficult not to curse, even if you’re an audience member.

It’s fascinating to see how the diverse acting styles of the leads meld or clash with each other throughout the film. Kapoor Khan lends her own air of professionalism to her character, which works because Preet is the only person who exhibits some kind of control. In contrast, Kapoor and Bhatt throw caution to the wind, howl, shriek, grimace and allow themselves to be extremely vulnerable. Dosanjh underplays beautifully. And there’s another performance going on in the background. It’s Punjab, going the method route, doing a great impression of an addict. It might be the most devastating act of all.
Posted by a fan apart at 6:46 AM