All that Lahori Jazz 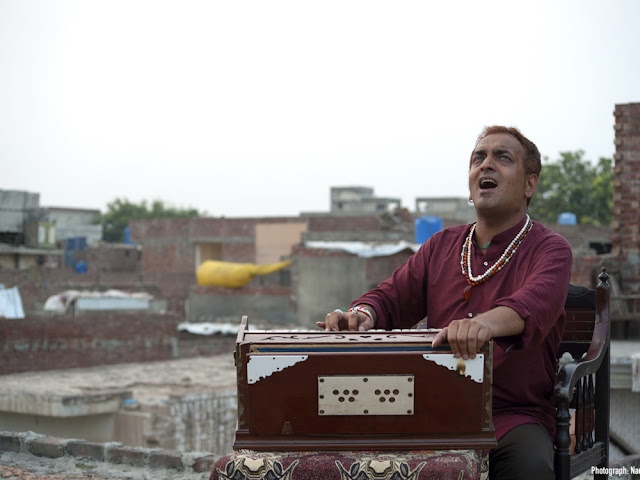 The year 1959 was a signal one in the history of jazz. In a heady period of five months, one artiste after another emerged with the record they would be remembered by: Miles Davis’ Kind Of Blue, Charles Mingus’ Mingus Ah Um, Ornette Coleman’s The Shape Of Jazz To Come. John Coltrane recorded his Giant Steps in the same year. The best-selling jazz album that year, though, was the Dave Brubeck Quartet’s Time Out, which reached No.2 on the billboard pop charts and sold a million units. The third track, "Take Five", is the one that everyone recognizes, beginning as it does with that irresistible piano vamp in 5/4 time.

In 1956, the US government had begun sending “jazz ambassadors” to various countries. One such envoy was Brubeck, who visited Poland, India, Pakistan and West Asia in 1958. When he played at a concert in Lahore, a young boy named Izzat Majeed was in the audience. Years later, Majeed, a businessman and philanthropist, established the Sachal Studio (named after the late Sufi poet Sachal Sarmast) to promote the talented but underemployed session musicians of Lahore. “We were just losing our instruments, we were losing our musicians, we were losing our culture,” he says in Sharmeen Obaid-Chinoy and Andy Schocken’s documentary, Song Of Lahore. “Something had to be done about it.”

The Sachal Ensemble’s first few folk and classical releases weren’t successful, but things took a turn when Majeed hit upon the idea of doing variations on jazz standards. “Jazz and our classical music—they have the same structure,” he tells the musicians in the film. “This is something you can pick up.” The ensemble broke through in April 2011 with their recording of "Take Five", the 5/4 rhythm settling very naturally on to the tabla and the sitar filling in for the saxophone. Suddenly, they were being featured on BBC and earning praise from Brubeck himself.

Through a series of deft individual portraits, Obaid-Chinoy and Schocken indicate how difficult life must have been for these musicians before Sachal happened. After General Muhammad Zia-ul-Haq imposed sharia law in Pakistan in the late 1970s, the local film industry—a source of steady employment for classical musicians—began to disintegrate. When it re-emerged in the 1990s, the demand for traditional session musicians had dried up. The first 30 minutes of Song Of Lahore border on melancholic, with musician after musician recalling a time when their talents were more widely appreciated. “Kitni raunakein hoti thi (it used to be so lively),” remarks guitarist Asad Ali. “Jitna accha kaam tha, utna mar gaya yeh kaam (this profession used to be great, but it’s dead now),” says tabla player Rafiq Ahmed.

The film follows the ensemble to New York City, where they were invited in 2013 to play at the Lincoln Center for the Performing Arts with trumpet legend Wynton Marsalis and a jazz orchestra. Majeed’s assertion of common musical roots is put to the test by the directors, who show the Sachal players overawed and struggling to keep in time with their seasoned collaborators. The rehearsal scenes are some of the most fascinating in the film, with Marsalis’ instructions in English going from Majeed to arranger Nijat Ali and, translated, to the rest of the band. Though the possibility of collapse is very much in the air when Sachal’s sitar player is replaced on the eve of the concert, there’s a sense that these people have come too far for things not to work out. “Back home the clerics don’t let us breathe in peace,” Asad Ali says. “Here, we’re enjoying ourselves.” (This statement becomes all the more poignant in the aftermath of the recent killing of Sufi qawwal Amjad Sabri by extremists.)

Obaid-Chinoy is one of Pakistan’s best-known film-makers, having won Oscars for two of her short documentaries, Saving Face (2012) and A Girl In The River: The Price Of Forgiveness (2015). Song Of Lahore might be less obviously political than some of her other work, but it doesn’t lack for intimacy. When Saleem Khan breaks down in the middle of teaching his son the violin, or when Nijat visits his father’s grave, we’re reminded that the film is as much about family as it is about music. Nearly everyone speaks of carrying on the work of their fathers or passing on the knowledge to their sons. And this idea is brought full circle when Marsalis meets the ensemble after the concert and simply says, “Brothers, great”.

There’s another reason to seek out Song Of Lahore: It feels like home. Change a few details, and this story could be unfolding in Delhi or Lucknow or Amritsar. The characters speak about having to choose between riyaz and cricket. They play songs by Shankar-Jaikishan and Nusrat Fateh Ali Khan. They pronounce “Vin-tun” the same way a Punjabi here would. Over email, Obaid-Chinoy says the film hasn’t been screened in Pakistan yet, but they are looking for ways to make that happen. Hopefully, someone here is trying to do the same.
Posted by a fan apart at 7:13 AM