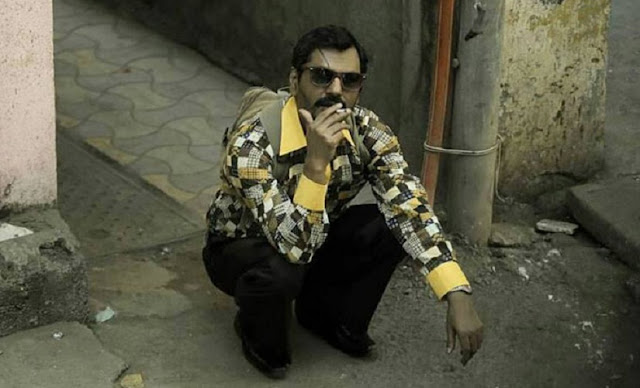 As movie-watchers, we’ve grown accustomed to being provided with someone we can root for. Once in a while, this person is the antagonist, someone whose deeds are terrible, but not terrible enough to override our fascination for them. Characterizations of this nature are carefully calibrated: One pictures screenwriter and director mixing six parts brutality with one part tenderness and two parts redemption. Whether it’s Taxi Driver or Ardh Satya, most films, no matter how hard-hitting, will give us a spoonful of sugar with our medicine.

But what if a film serves us our medicine neat? Anurag Kashyap tried this first in Ugly, where each new character was revealed to be more craven and grasping than the last. Now, with Raman Raghav 2.0, he gives viewers a choice between mesmeric, unmotivated evil and banal, calculated evil. He knows most will side with the former—and that’s when he has you exactly where he wants.

Each time serial killer Raman (Nawazuddin Siddiqui) adds another victim to his list, the film forces us to examine our fascination with him. What is it that allows us to feel something else besides revulsion for someone who bludgeons his sister, or kills a young boy? Is it all right to flinch at his brutality in one scene and then enjoy the mind games he plays with the police in the next? When he complains during an interrogation about a police officer not understanding the ras (intricacies) of conversation, I couldn’t help laughing. But it was uneasy laughter, and died as soon as it left my throat.

Raman is no Hannibal Lecter; he has no sophistication, only survival skills. His weapon of choice is a metal pipe, which he drags along the ground, much like Meera dragged her rod at the end of NH10. Unlike Meera, though, Raman doesn’t have any motivation to kill—it’s just something he starts doing, discovers it comes easy and continues with. He’s a terribly unreliable narrator—something the quicksilver Siddiqui has fun with—but the one thing that rings true is when he tells the police that he developed a habit years ago of walking on the black portions whenever the road before him was chequered. It’s easy to imagine all those years of sticking to black and avoiding light warping his mind.

Instead of doing what most film-makers would and giving us something to balance out Raman, Kashyap gives us even more darkness in the form of Raghav (Vicky Kaushal), the inspector in charge of Raman’s case. Though it takes some doing in a film built around a brutal murderer, Raghav actually turns out to be the most distasteful character here—snorting cocaine on the job, making his girlfriend undergo three abortions, and doing some killing of his own. The film sets police and criminal up as mirror images of each other: not a novel idea (it’s been around at least as long as Fritz Lang’s M), but one that’s taken to a surprising, pitch-black conclusion by co-writers Kashyap and Vasan Bala.

Along with That Girl In Yellow Boots and Ugly, Raman Raghav 2.0 forms a loose trilogy of Kashyap films set in modern-day Mumbai. Both visually and spiritually, these are films largely devoid of beauty, hope and humanity. The stories mainly concern outliers, people on the margins of society trying to hustle their way to a better life and, more often than not, failing. The city glimpsed in these films is dirty and desperate, the characters we encounter even more so. Working with Jay Oza instead of his regular cinematographer, Rajeev Ravi, Kashyap edges as far away from the flamboyance of Bombay Velvet as possible; the most ostentatious moment in Raman Raghav 2.0 is the trippy opening credits.

In 1991, Sriram Raghavan directed an hour-long film on the real-life Raman Raghav, a serial killer responsible for a spate of killings in Mumbai in the 1960s. In his version, which never released, Raghubir Yadav played the killer with a chilling, deadpan matter-of-factness. Siddiqui takes a different route: His Raman is all too present in the moment; decisive, self-aware, alert and funnier than he has a right to be. Kaushal commits to a kind of stoic disintegration, which isn’t very exciting. But Siddiqui, a scar across his forehead and a mad gleam in his eyes, is indelible. He’s the first, second and third reason one ought to see Raman Raghav 2.0, which is as unpleasant as it is gleefully amoral and perversely enjoyable.

This review appeared in Mint.
Posted by a fan apart at 6:54 AM