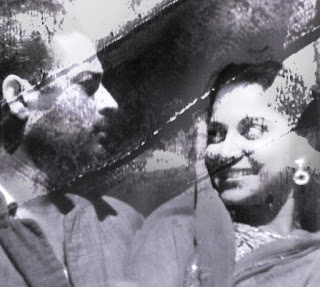 Over the past eight months, some rather lovely work has been going on in the decidedly un-lovely environs of Thakkar Industrial Estate in Lower Parel, Mumbai. It’s in this decrepit compound that you’ll find the headquarters of film production and distribution company Ultra. And it’s in their labs that Guru Dutt’s Pyaasa has been restored to what Ultra Media & Entertainment chairman and managing director Sushilkumar Agrawal claims is its original screening condition. The restored version will screen in the Classics section at the Venice Film Festival this fortnight, alongside Sergei Eisenstein’s Alexander Nevsky, Akira Kurosawa’s Red Beard, Ernst Lubitsch’s Heaven Can Wait and other landmark films.

This isn’t, as Agrawal claims, the first time a film restored in India has made it to the line-up of a major film festival. Mrinal Sen’s Khandahar, restored by Reliance MediaWorks in Mumbai, was shown at Cannes in 2010; and in 2013, Satyajit Ray’s Charulata, restored in Mumbai’s Pixion Studios, was also screened there. Still, this restoration (and the nod from Venice) is welcome news. Few Indian films are as beloved as Pyaasa. Countless viewers here regard it as the fullest expression of poetry and film craft in Hindi cinema. And it’s also a popular means of initiation for foreign critics and cinephiles looking to acquaint themselves with the mysteries of Bollywood.

Ultra was founded by Agrawal in 1982. It began as a home video company, producing VHSes, and later, DVDs and Blu-Rays, while also diversifying into production and theatrical distribution. In the latter half of the 2000s, Agrawal realized that a Blu-Ray-watching public would no longer accept the awful, shaky, scratchy versions of old Hindi films it had been shown for decades. TV channels had also started asking for restored versions of classic films. So he started putting together an in-house restoration lab. By 2009, it was operational. As of today, Ultra has restored some 300 titles from its library. These have all been standard or high-definition restorations, fine for TV viewing but not for bigger screens. Pyaasa is their first 2K restoration—the kind that can play in a movie theatre.

This restoration was undertaken with the aim of sending it to a major film festival, Agrawal says. “We wanted to promote Indian classic films. And we wanted to promote our restoration lab, because there is a lot of restoration work available in foreign countries. Especially in Europe, the people are very, very into the classic films.” Agrawal actually had the Classics section at Cannes in mind, but they couldn’t complete the restoration in time. Venice, the world’s oldest film festival, was the next logical choice.

Ultra had already acquired the rights for all Guru Dutt films from the director’s son, Arun Dutt. Agrawal procured the original camera negative of Pyaasa from the National Film Archive of India, where it is stored. He also arranged for 35mm prints of the film “from here and there”, to substitute the portions where the original (which had “deteriorated from the VHS quality we got 25 years ago, but in good condition”) was too damaged. Restoration proper began in the early days of 2015. A digital transfer was made from the camera negative. More than 200,000 frames were then cleared of scratches, pinholes, flickering, green patches, thick lines. Sound posed less of a problem, with stray clicks, hisses and thumps being removed. The entire process took around four months.

One recurring (and difficult to pinpoint) problem with film restoration projects is the tendency to overcompensate, to buff up images to levels the original wouldn’t have had. To try and counter this, Agrawal sought the opinion of lower-rung technicians who had worked on Pyaasa and of experts who had seen the film when it released in 1957. One of the people approached was director Govind Nihalani, a former assistant of Pyaasa cinematographer V.K. Murthy, who advised them about the kind of lighting that would have existed in the 1950s. “Our intention was to get it close to the original,” Agrawal says, “not add something to make it better than that.”


Agrawal wouldn’t reveal how much this project cost them, though he says a 2K restoration usually involves a budget of Rs 30-50 lakh. Had the project been undertaken abroad, it would have been a lot more expensive —not just because of the higher calibre of technicians but also because major restoration projects abroad involve extensive research and consultation (a case in point is Janus Films’ painstaking restoration of the Apu trilogy). Ultra has been able to offer restoration services at a comparatively lower cost to companies like Rajshri and Mukta Arts; they’ve even handled a couple of foreign projects. “We aren’t sure whether the techniques used in our restoration process are also used abroad,” Agrawal said in a 2014 interview to Variety. “However, we are definitely competitive in terms of our quality and the prices we offer.”

Ultra could not show us any scenes from the restored Pyaasa, so there’s very little to go by as far as judging the quality of the transfer is concerned. There are stills like the ones reproduced on this page, a trailer of sorts for the restored film, and a before-and-after clip from the song "Jaane Kya Tune Kahi". The images certainly seem to have been cleaned up; beyond that, it’s extremely difficult for anyone who isn’t an expert to say whether they’re in the spirit of the original or have been spruced up too much. It’s unlikely that questions of fidelity to Dutt’s vision will bother, or even occur to, most people. But Agrawal knows that it’s his restoration that’s on display now, as much as the film itself. And it’s important to look closely at process and outcome, just as it’s important to recognize and laud Ultra’s promotion of our cinematic past.

This piece appeared in Mint Lounge.
Posted by a fan apart at 5:29 AM